100% Wireless Gaming Headsets for Xbox One
In November 2014, Turtle Beach introduced the Stealth 500X, the first 100% wireless headset for the Xbox One. The Stealth 500X is also the first and only headset for the Xbox One with DTS Headphone:X 7.1 channel surround sound. These unique features helped make the Stealth 500X the best-selling headset SKU in the $200 price tier for the month of November in the U.S. when measured by both units and dollars, according to sales tracking data reported by The NPD Group, Inc.

Turtle Beach is following up on that first-to-market success with a new wireless headset that will set a new standard of performance for the Xbox One: the Elite 800X. The Elite 800X brings several more firsts to Xbox One gaming, including active noise cancellation and invisible, boom-free microphones. It also packs DTS 7.1 channel surround sound, customizable presets, a magnetic charging stand and swappable speaker plates into the equation — adding up to the most advanced wireless headset ever made for the Xbox console. As an added bonus, the purchase of an Elite 800X comes with the option to enroll in the Turtle Beach Elite Membership Program, which offers a number of benefits and exclusive programming and content. The Elite 800X is expected to launch at retail in the Spring of 2015.

The XO SEVEN Pro is the first gaming headset for the Xbox One that is officially licensed by Major League Gaming and features Superhuman HearingTM. With the touch of a single button, Superhuman Hearing provides a competitive advantage in multiplayer gaming by making soft sounds that are typically hard to hear louder, allowing players to pinpoint quiet audio cues like enemy footsteps and weapon reloads. The XO SEVEN Pro features tournament-grade headset durability, materials like memory foam ear cushions for comfort and noise-isolation, and a removable mic and mobile adapter cable for use with PC and mobile devices. Premium 50mm Neodymium Speakers tuned for Xbox One deliver amazing sound quality. The XO SEVEN Pro can be personalized with swappable speaker plates, which are available in dozens of designs at turtlebeach.com/speakerplates. 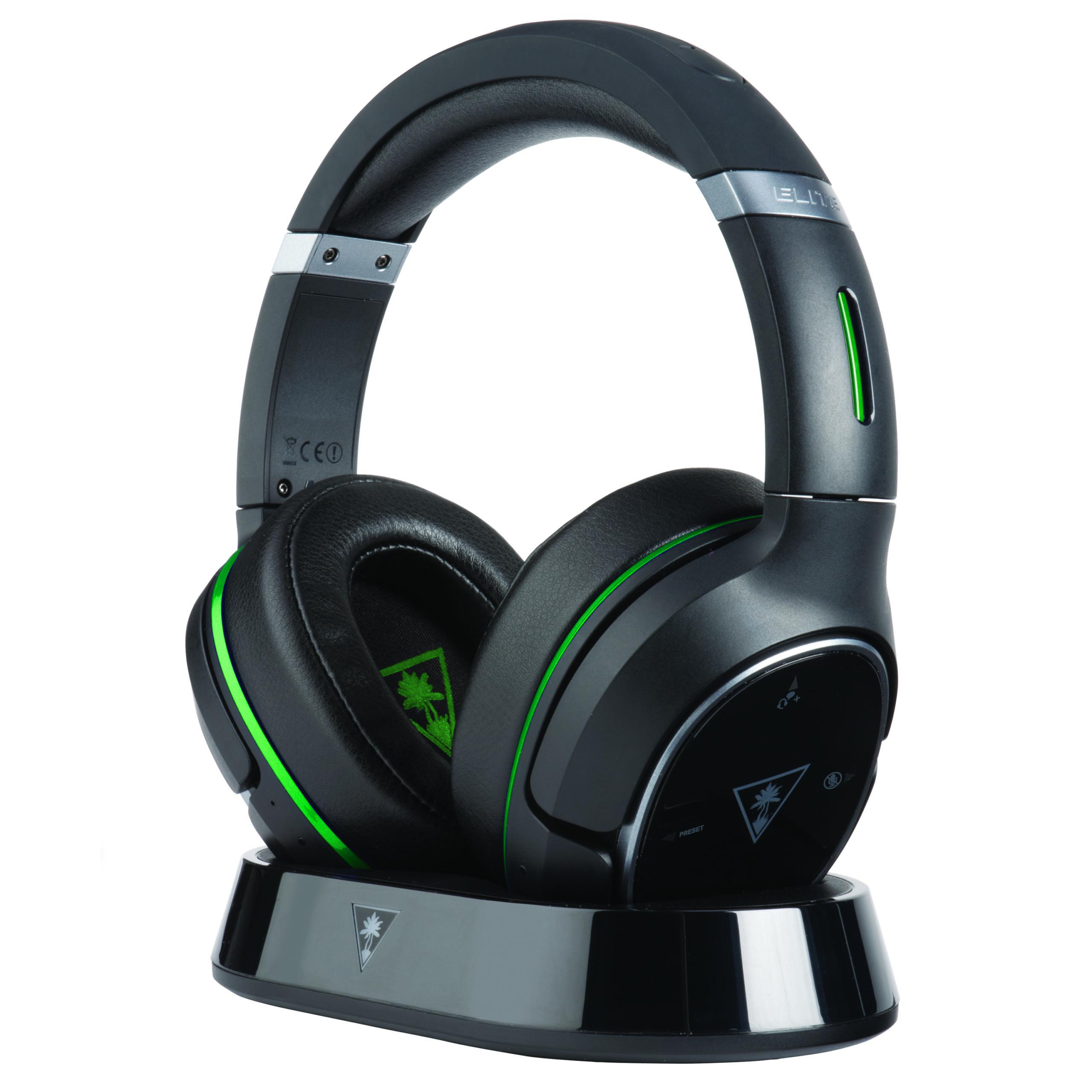 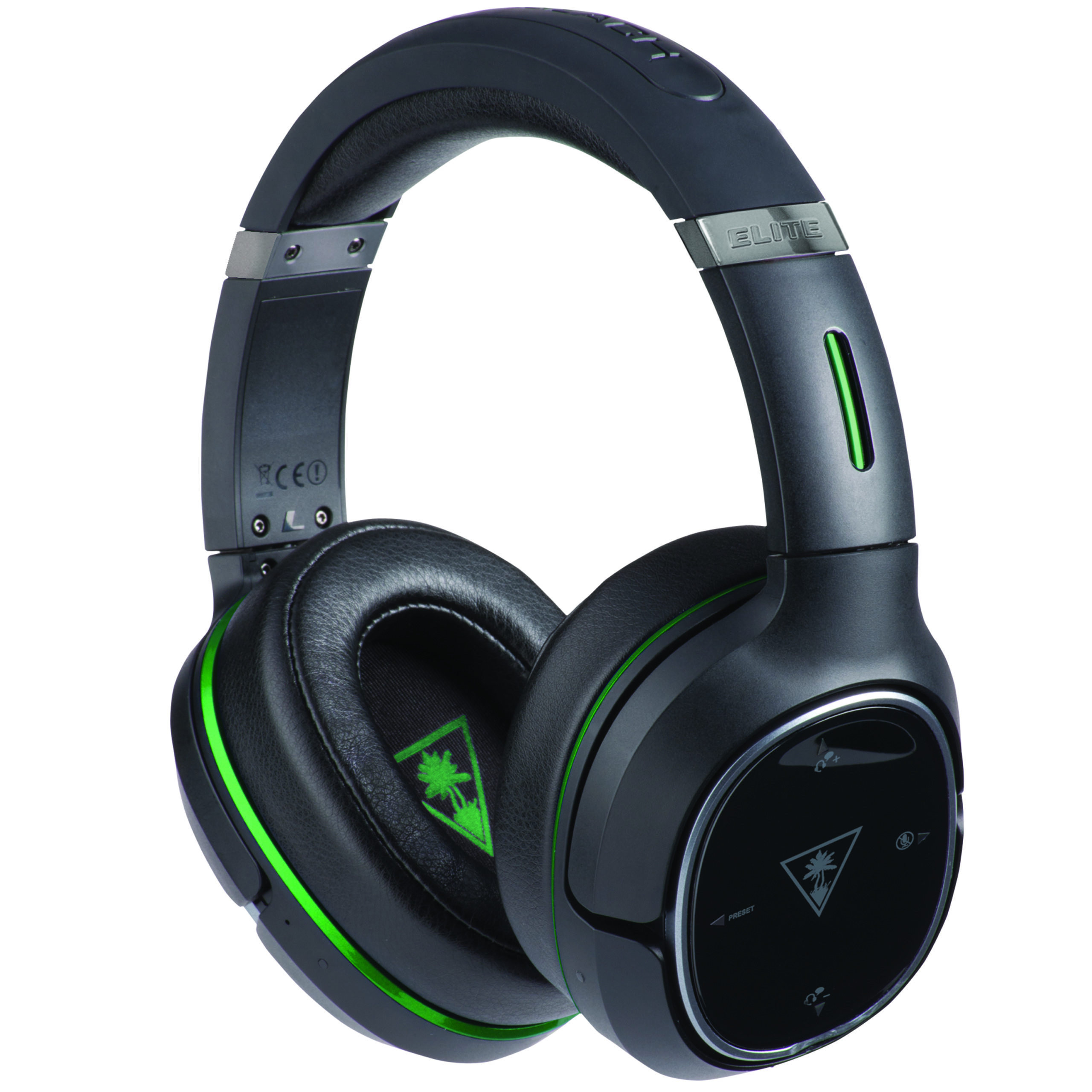 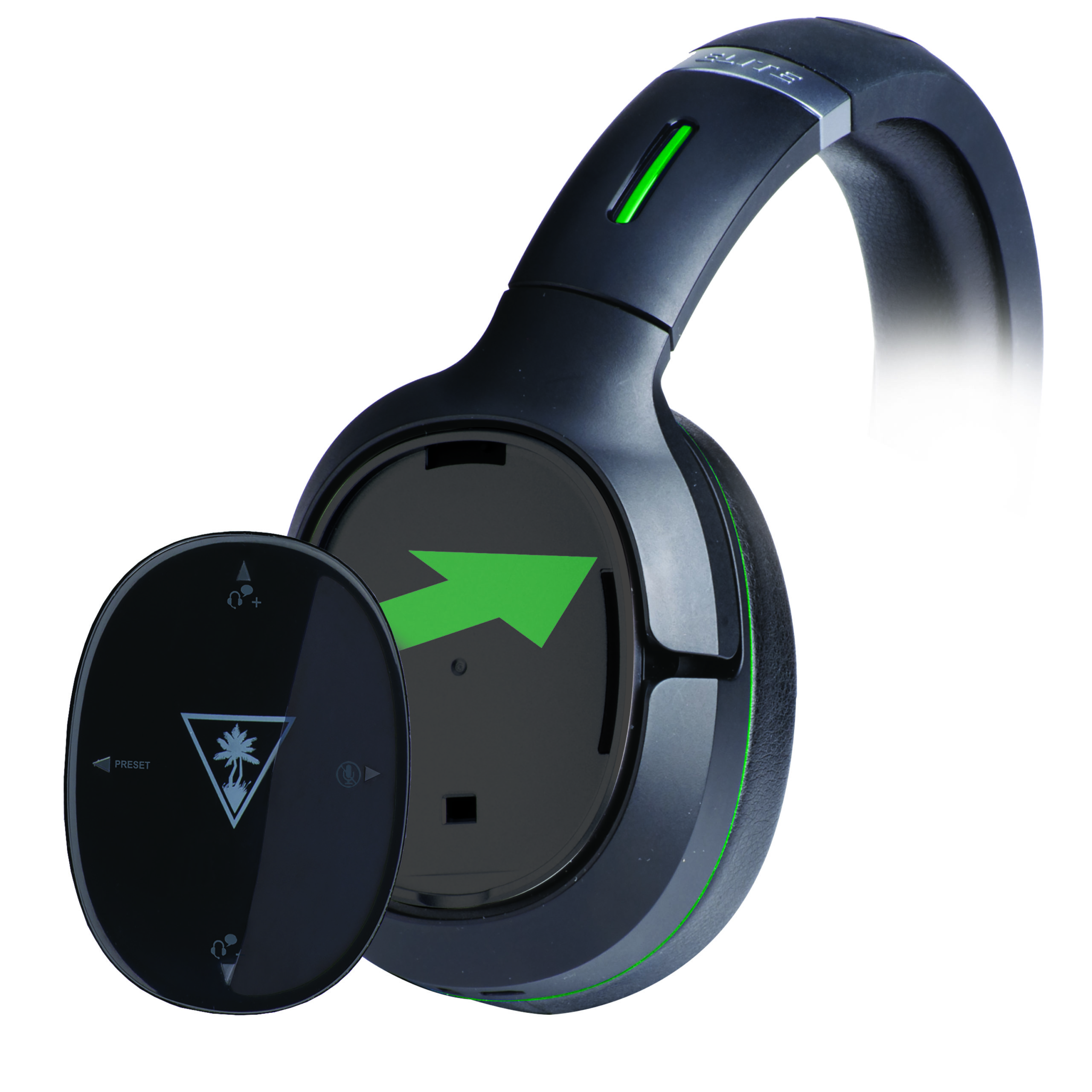 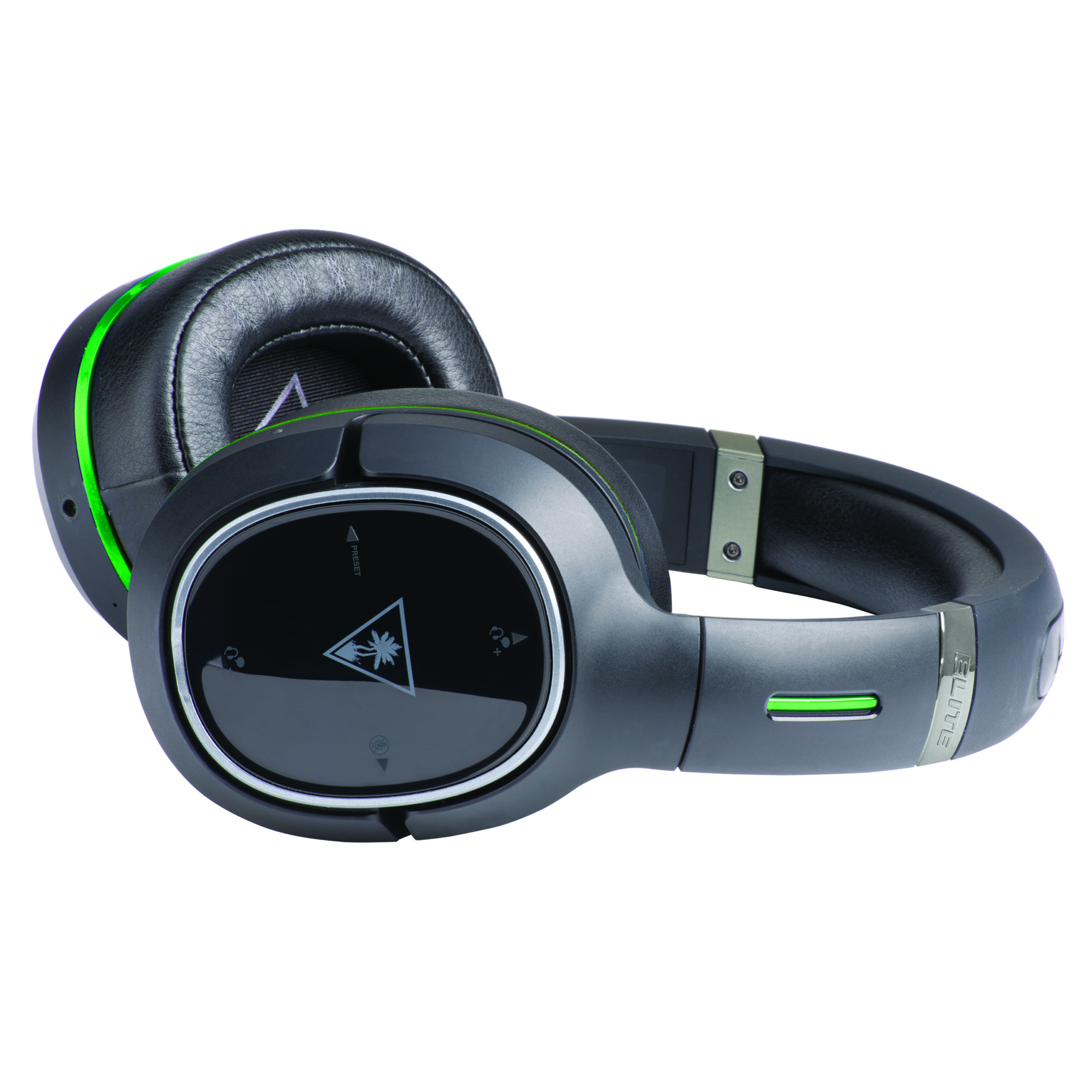 The XO SEVEN Pro includes the new Ear Force Headset Audio Controller Plus, which connects the headset to the Xbox One wireless controller for chat and game audio. The Headset Audio Controller Plus introduces variable mic monitoring, which takes the sound of your voice and feeds it back into the headset so your voice sounds normal. Without mic monitoring, gamers tend to yell into the mic because they cannot hear their own voice. The Headset Audio Controller Plus also has selectable game presets to customize your sound (Natural Sound, Bass Booster, Bass & Treble Booster, and Vocal Booster) and environmental mic presets you can set based on room noise levels (Quiet, Normal, and Loud rooms). The XO SEVEN Pro has an MSRP of US $159.95.

Turtle Beach continues to aggressively expand its presence in the PC gaming market. Following up on the recent launches of its new Star Wars and Heroes of the Storm PC gaming headsets, at CES the company is announcing a new Call of Duty® Online PC Gaming Headset for the Chinese market. In addition, a new line of PC gaming accessories will be showcased at CES that recently launched in Germany and will be coming to the United States and other markets in the Spring of 2015.

Turtle Beach today announced that it will launch an officially licensed Call of Duty Online® PC Gaming Headset in China. The new PC gaming headset, which features Call of Duty® branding and artwork, has 50mm neodymium speakers, an in-line controller with master volume and mic controls, and a removable boom microphone. The headset offers universal PC compatibility out of the box to connect with gaming desktops, laptops and ultrabooks.

Developed by Raven Software, Call of Duty Online is the first free-to-play Call of Duty® in the world, showcasing fan-favorite game modes from previous Call of Duty titles along with localized, unique content tailored specifically for the Chinese audience.  Activision partnered with Tencent, one of China’s largest Internet and entertainment companies, to publish, market, and distribute the game in China. The public open beta for Call of Duty Online launches later this month in China.

“Turtle Beach is honored to be working with Activision and Tencent to create products that support the launch of the incredibly successful Call of Duty® franchise in China,” said Bob Picunko Chief Marketing Officer at Turtle Beach. “We are excited to bring high-quality, feature rich PC gaming accessories to Chinese consumers, and Call of Duty Online provides the ideal stage for our launch.

DFC International has estimated that the market for PC gaming headsets reached $55 million in 2014 and will expand to $200 million by 2016. China is the world’s largest PC gaming software market, estimated to be 2.5 times larger than the number two market, the United States. More than 225 million people are estimated to be playing video games in China, and 65 million are considered hard-core gamers.

Visitors to CES will get hands-on experience with a new selection of Turtle Beach branded PC gaming accessories, including keyboards, mice and mousepads.  The new accessories are being produced by Nordic Game Supply (NGS) in an exclusive licensing agreement with Turtle Beach.  The new line of PC accessories is expected to launch this Spring in the U.S. with six models, including the Impact 700 and Impact 500 mechanical keyboards, the Grip 500 programmable laser mouse, the Grip 300 optical mouse, and the Drift and Traction gaming mousepads.

The Turtle Beach IMPACT 100 is a unique hybrid keyboard that uses smart-guided keycap sleeves to emulate the sensation of a mechanical keyboard, but at a fraction of the cost. Patented 30-key rollover with full anti-ghosting means fast-moving fingers can control games without the fear of missed moves and dropped instructions.  And steel-reinforced construction ensures long-lasting durability and the high-quality PBT keycaps won’t wear down over time. MSRP USD $59.95.

The Turtle Beach Grip 500 laser gaming mouse is an ergonomically engineered, illuminated 7-button scroll-wheel mouse that uses premium components such as Avago 9800 laser sensors and Omron switches to deliver steady, precise gaming control. It packs a number of powerful features, including the ability to customize performance, change illumination settings, program all seven buttons and the scroll wheel, plus create up to 50 complex macros with up to 100 commands each and then assign them to any button. They can then be saved into five different color-coded profiles, loaded into on-board memory and changed on the fly. MSRP USD $69.95.

The Turtle Beach Grip 300 optical gaming mouse is an affordable, ergonomically engineered 5-button scroll-wheel mouse that uses quality components such as the Avago 3050 optical sensor and Omron switches to deliver smooth, precise control. Its compact, sculpted body sports an illuminated logo and scroll wheel, and hardware switches to adjust DPI from 500 to 1750 and polling rate from 125 to 1000Hz. Plug and play for both PC and Mac® right out of the box, there are no drivers to load or software to run. And its non-slip soft-touch coating enhances grip control and increases gamer endurance. MSRP USD $39.95.

The Turtle Beach® TRACTION Textured Control Surface Mousepad for PC and Mac® features a high-quality textured weave surface for maximum control. Built to stay in place with an anti-slip rubber base and constructed to last with anti-fraying stitched edges, the TRACTION mousepad ensures you get the best performance possible from your mouse. TRACTION comes in Medium (270x220mm), Large (350x250mm), X-Large (450x350mm) and Wide (900x300mm), which is wide enough to provide a surface for a mouse, keyboard and gaming keypad. MSRPs range from USD $14.95 to USD $34.95.

Turtle Beach Corporation (TurtleBeachCorp.com) designs audio products for consumer, commercial and healthcare markets. Under the brand Turtle Beach (TurtleBeach.com), the company markets premium headsets for use with video game consoles, including officially-licensed headsets for the next-generation Xbox One and PlayStation®4, personal computers and mobile devices. Under the brand HyperSound® (HyperSound.com), the company markets pioneering directed audio solutions that have applications in digital signage and kiosks, consumer electronics and healthcare. The Company’s shares are traded on the NASDAQ Exchange under the symbol NASDAQ:HEAR.