2016 will be the year of the fitness/wearable tracker. I’m making this bold statement now in the hopes that future Booredatwork reviews centered around fitness will knowingly encompass many products that try to sway the gullible consumer into thinking that next Fitbit, or in this case the Vivosmart, will make them a healthier person. This review and many others will only be beneficial if the user is actively trying to become a more health centric individual and the results these products provide should be centered on that alone. With that said, let’s get into the review of the Vivosmart.
The Vivosmart is a product made by likes of Garmin; a company that once ruled the GPS market until smartphones with Google Maps pre-installed took over. Garmin’s hardware and software experience has transitioned the company to focus their product line on wearable technologies in the fitness arena. Garmin, albeit Fitbit, has become a leader in this segment for a few years now and it definitely shows with the Vivosmart. I myself am coming from the Fitibit Charge HR, which I love, but have made sacrifices in the process of making it my daily drive; one being design.

Design:
The Vivosmart is a smooth and unobtrusive looking wearable. You can get the device in various colors, but the all black is the unit we reviewed. The all black design seamlessly blends in on a person’s wrist. In fact, most people did not even know the device was a fitness band until a notification popped up on the well-hidden display, or when I double tapped the device to show me the time. The materials used for the Vivosmart are high quality in nature and I had zero qualms with how it felt on my wrist. Many reviewers online have made complaints about the strap system used to latch the device over your wrist, but I had no such issues. Whether it be because Garmin fine-tuned the design later on in manufacturing or because of my small wrist. Regardless, design, fit and finish, and the overall culmination of both left me fairly impressed with the Vivosmart. 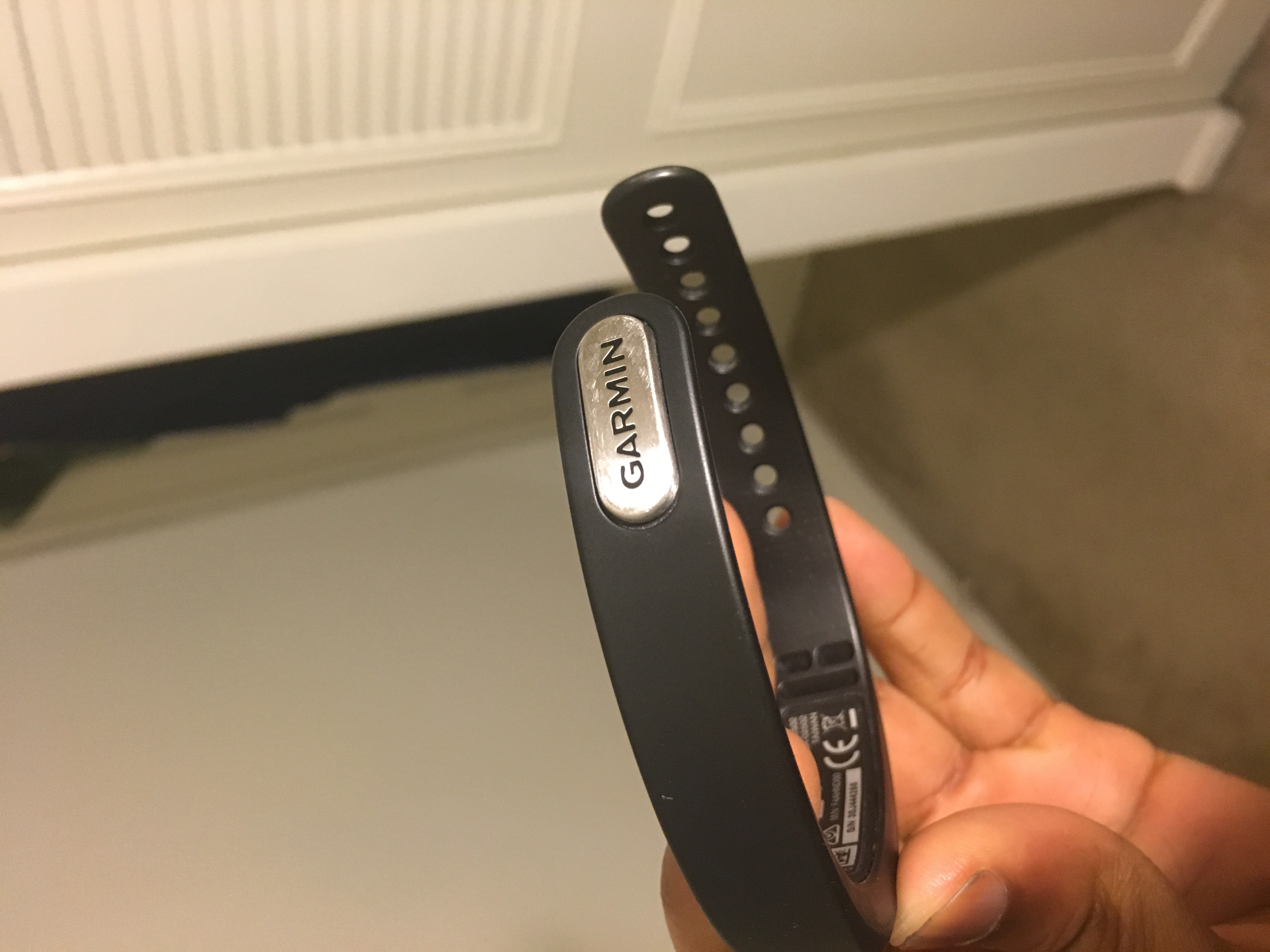 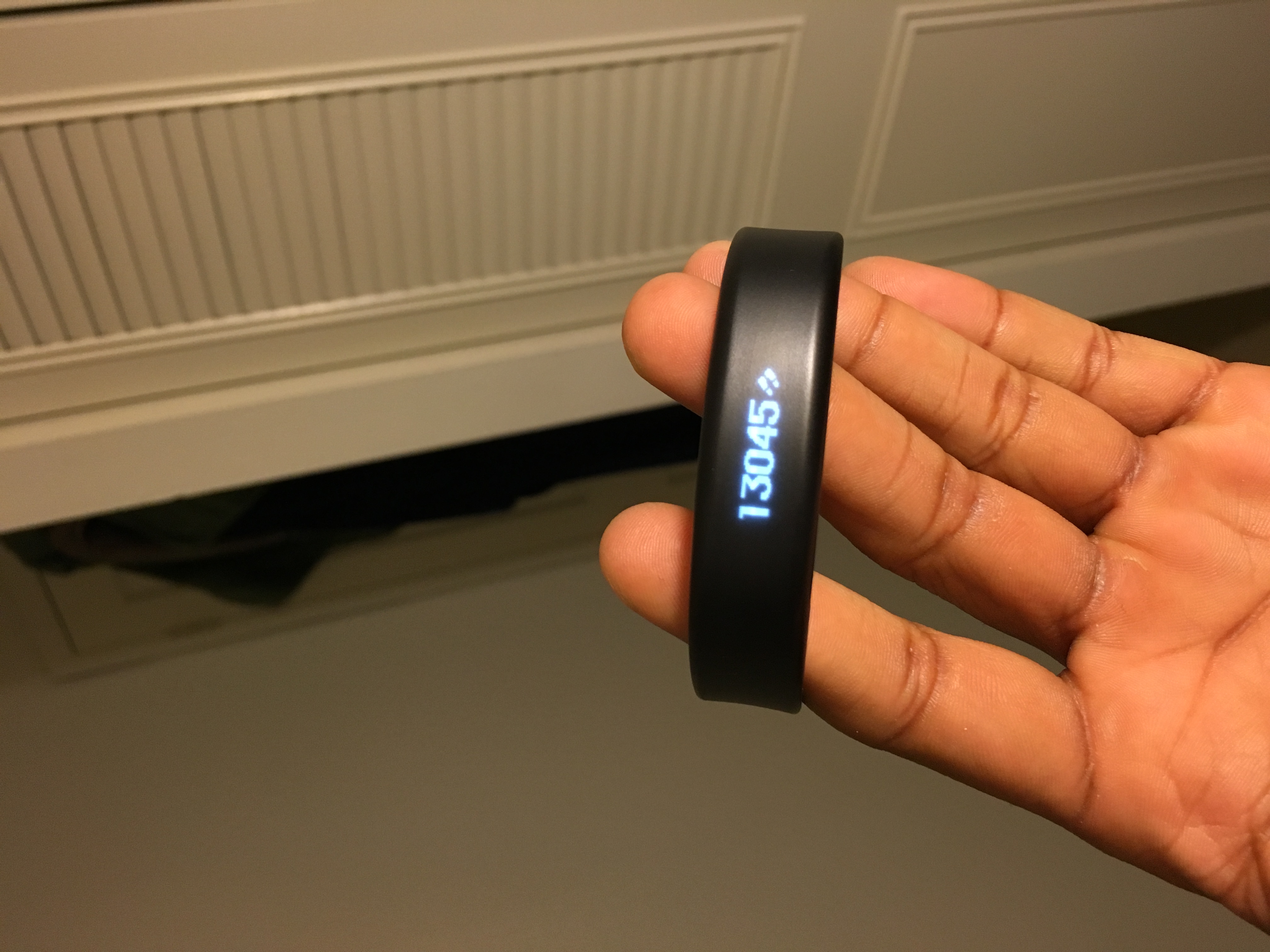 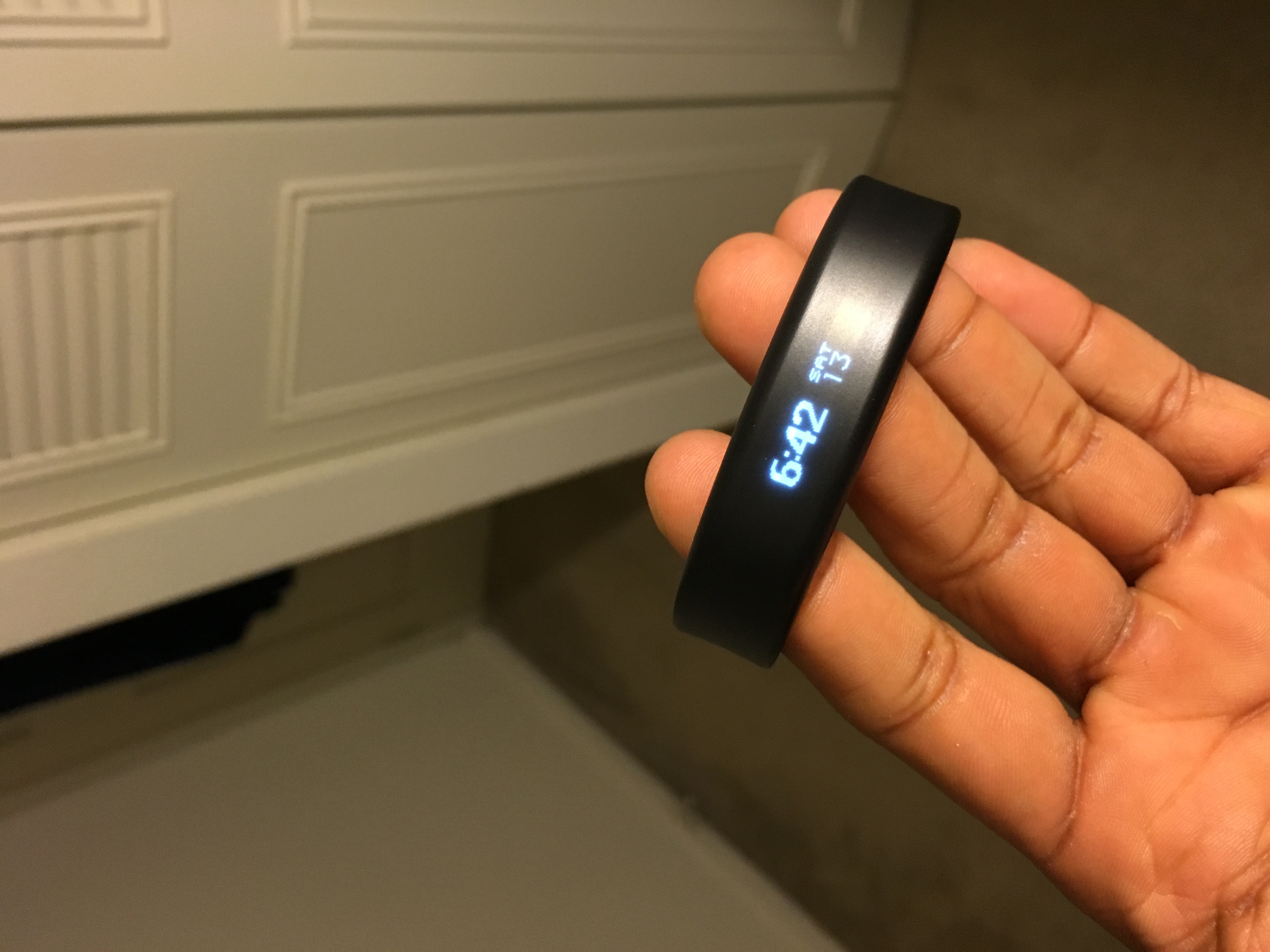 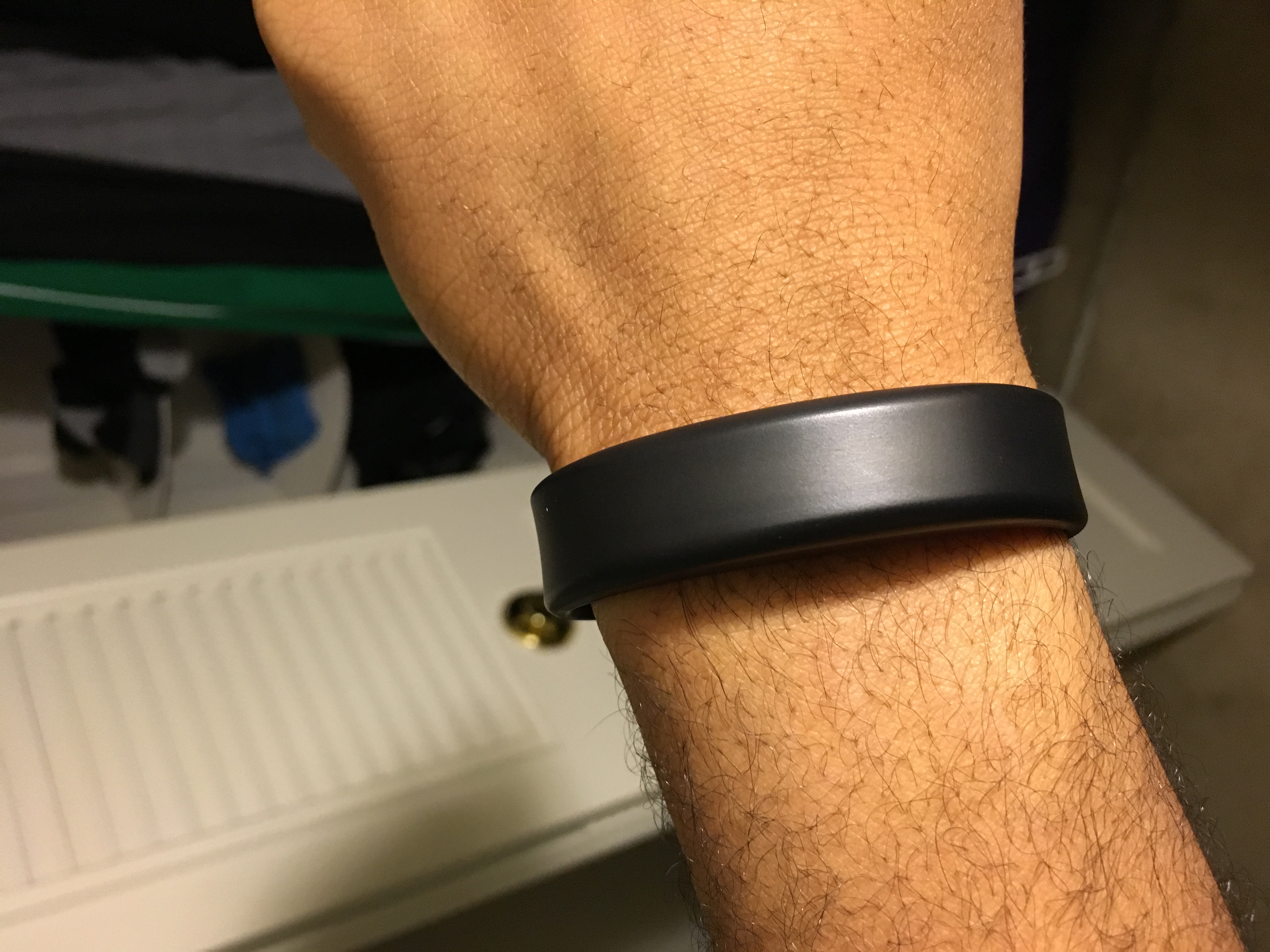 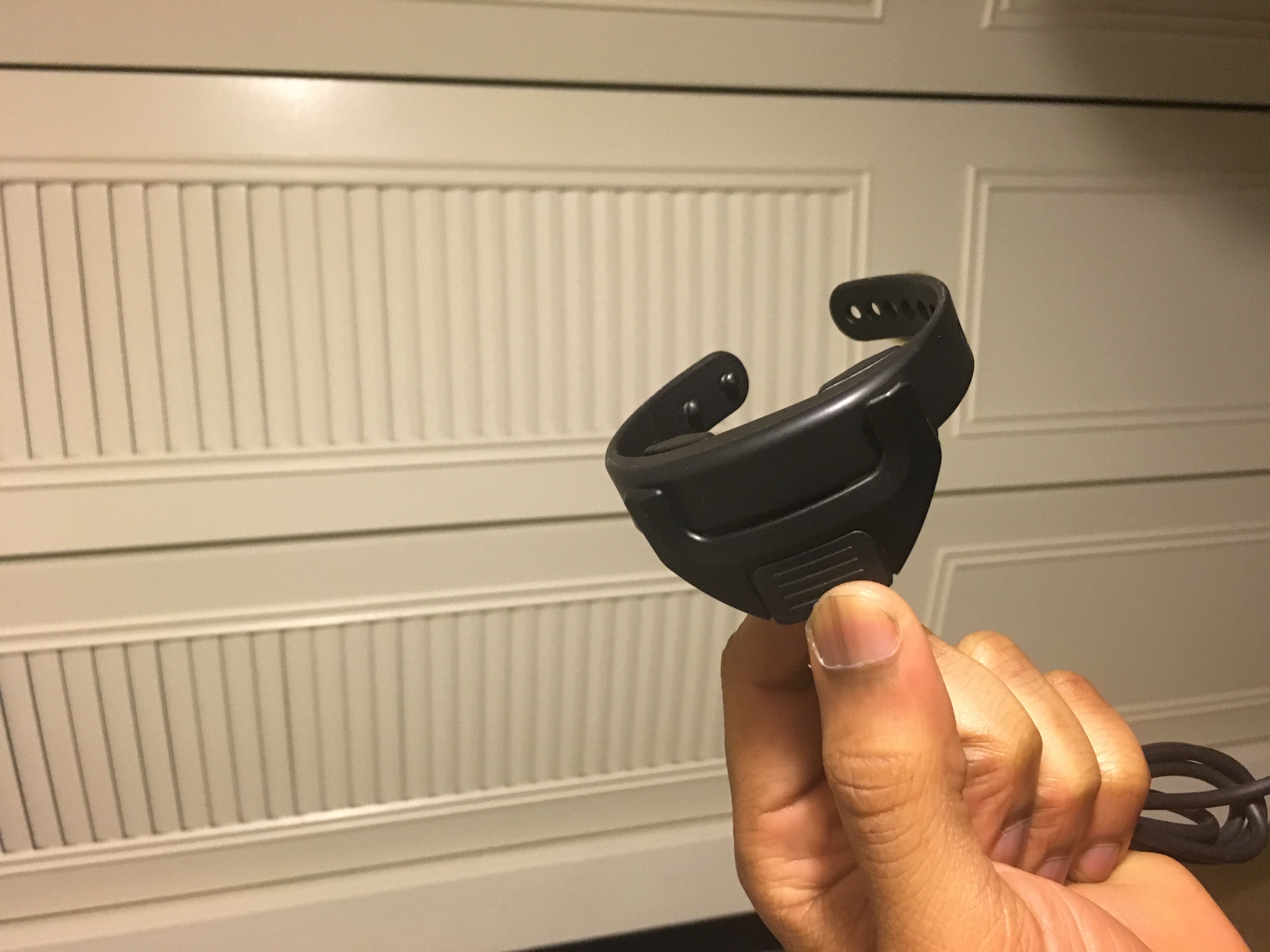 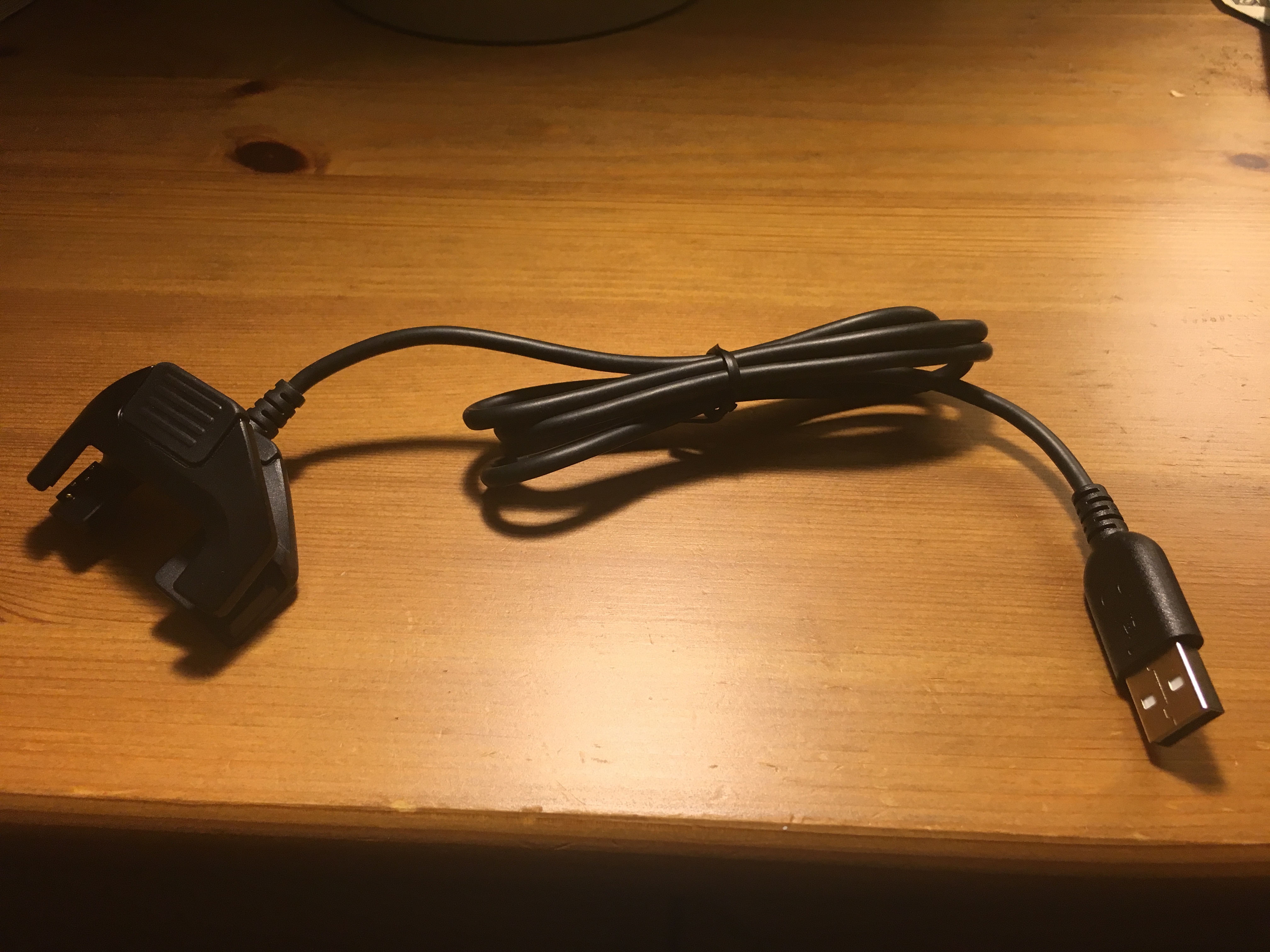 Features:
The biggest selling point on the Vivosmart for me was is its notification system. The device allows you to see ALL incoming notifications, whether it be on Android or IOS. That in itself is rare as these types of devices usually sacrifice a multitude of various notifications on said device (usually IOS) in order to run long and efficiently. Even though the device does showcase some smartwatch like qualities, general usage of this notification system will vary. That in part is due to the 128×16 pixel OLED illuminated display. Yes, visibility is decent in most situations other than direct sunlight, but the size of the screen definitely renders reading messages in full length. That doesn’t stop Garmin from giving you the ability to read the entire message as a small drop down arrow is available on the touch display, but I found myself rarely ever doing so. 99% of the time, the sender’s name is displayed in full length with text messages and emails, so being used as a general notification system best suited me.
Garmin did well in keeping the smartwatch element a bonus and the fitness aspects front and center on the device. The Vivosmart collects data on steps, calories (resting and active), distance, and time of the day. All of these features can be shown on the display via a gesture based swiping system. You can even rearrange or take way specific actions entirely via the Garmin Connect app, but we’ll talk about that later on in the review. The accuracy of obtaining these sets of data is what truly impressed me about the Vivosmart. I still believe the Fitbit Charger HR has a better step counting system, but on all other metrics the Vivosmart leads the way. The resting verse active calories system is an underrated feature which allows you to truly calculate the amount of calories burned during a workout. I found myself relying more so on the devices readings of my calorie intake versus my manual inputs. The software and hardware integration comes together well on the Vivosmart. Originally the device did not have an automatic sleep log feature which is unacceptable at this point in the game. That’s why Garmin subtly added a firmware update that added the feature to the device. I found sleep activity comparable if not slightly off of my Fitbit Charger HR. That’s due to that fact there is no optical HR sensor on the Vivosmart. The device uses the accelerometer to gauge movement and after prolonged moments of inactivity it begins to log your sleep. All in all, the added feature works well.
There is a move bar feature, similar to the Apple Watch, which advises you to move a little after about an hour after minimal activity on the user’s end. Garmin goes one step further by adding 15 minute interval notifications if you ignore the first one. I did find myself getting annoyed at times by the move bar (I ultimately turned it off), but for those who work in an office like me it can assist in reminding you to get off your behind and get the blood circulating a bit. There’s also a music control feature with superb haptic feedback, but sadly it only works in the Apple Music app on IOS. Android users can use any music app; whether it be the stock music app or a streaming one. The music controls can be utilized via the Vivosmart. There are even more features that I won’t delve into such as the running button (used by pressing and down the display) that allows you to start, time, stop, and save a running session all from your wrist. Basically, Garmin has you covered if you don’t mind not having GPS tracked runs, or a Heart rate monitor.

Garmin Connect App:
Bluntly, the app sucks. The app sucks really, really bad a matter of fact. It makes no sense for Garmin to make such a great device in the Vivosmart and many others, but not have the proper app integration to go with them. Visually, the app looks like something that was made for Android Honeycomb back in the day. Colors are Tron-like, animations are robotic, and the navigation to get to useful information is not sensible; and that’s only when the app works. Bugs have plagued the Garmin Connect App since I’ve begun testing. You need to look no farther than the comment/review section in the app store. With a rating of 2.2 and numerous, and I do mean numerous complaints, regarding the inability to sync data consistently from a Garmin said device to the app; it’s truly mind-boggling how Garmin could botch this opportunity to be the best in class fitness tracking company.

Wrap-Up:
Even with the horrendous Garmin Connect App experience I am still using the Vivosmart after this review. I do have to use it in unison with the Fitbit Charge HR due to Fitbit having by far the best application in the fitness department. I’m able to import Garmin’s data into other third-party applications for the time being until Garmin gets their s**t together. Oh yeah, I forgot to mention battery life. Don’t worry about it; the device has lasted me 7 days plus on one than more occasion. I turned the auto-wake feature off to get these kinds of numbers, but even with that feature turned on it outlasted my Fitbit Charge HR by TWO charging cycles. Meaning I charged my Fitbit Charge HR twice before the Vivosmart “showed” me a low battery meter. The device has yet to actually die on me. The Vivosmart can be bought on Garmin’s website for $149.99. The device is over a year old so you’d be best suited exploring other options online. I bought my Vivosmart used for $38 so all it takes is a little digging and you’ll find the one for you.