At ChinaJoy 2019, Razer unveiled their latest eSports-geared product, the Razer Viper tournament-ready gaming mouse. The Razer Viper is a new product designed in collaboration with esports professionals, such as MIBR CS:GO legend Epitácio “TACO” de Melo, who has been field testing the product in tournaments over the past year. Headlining the mouse’s features is Razer’s latest innovation in the form of the new Razer Optical Mouse Switches.

The Razer Viper mouse uses Razer’s latest and greatest 5G Optical Sensor, capable of tracking up to 16,000 DPI (dots per inch) at up to 450 IPS (inches per second). You get eight buttons in total on the Razer Viper: two Razer Optical Mouse Switches as the main left/right clicks, two buttons on the left, two buttons on the right, the mouse wheel, and the DPI toggle button on the bottom. You also have rubberized grips on each side, allowing for easy handling of the mouse’s ambidextrous, 69G frame. There is also onboard DPI storage, where you can customize up to 5 DPI stages that can be used on any PC you connect the Razer Viper to, even without Razer Synapse installed on that PC. 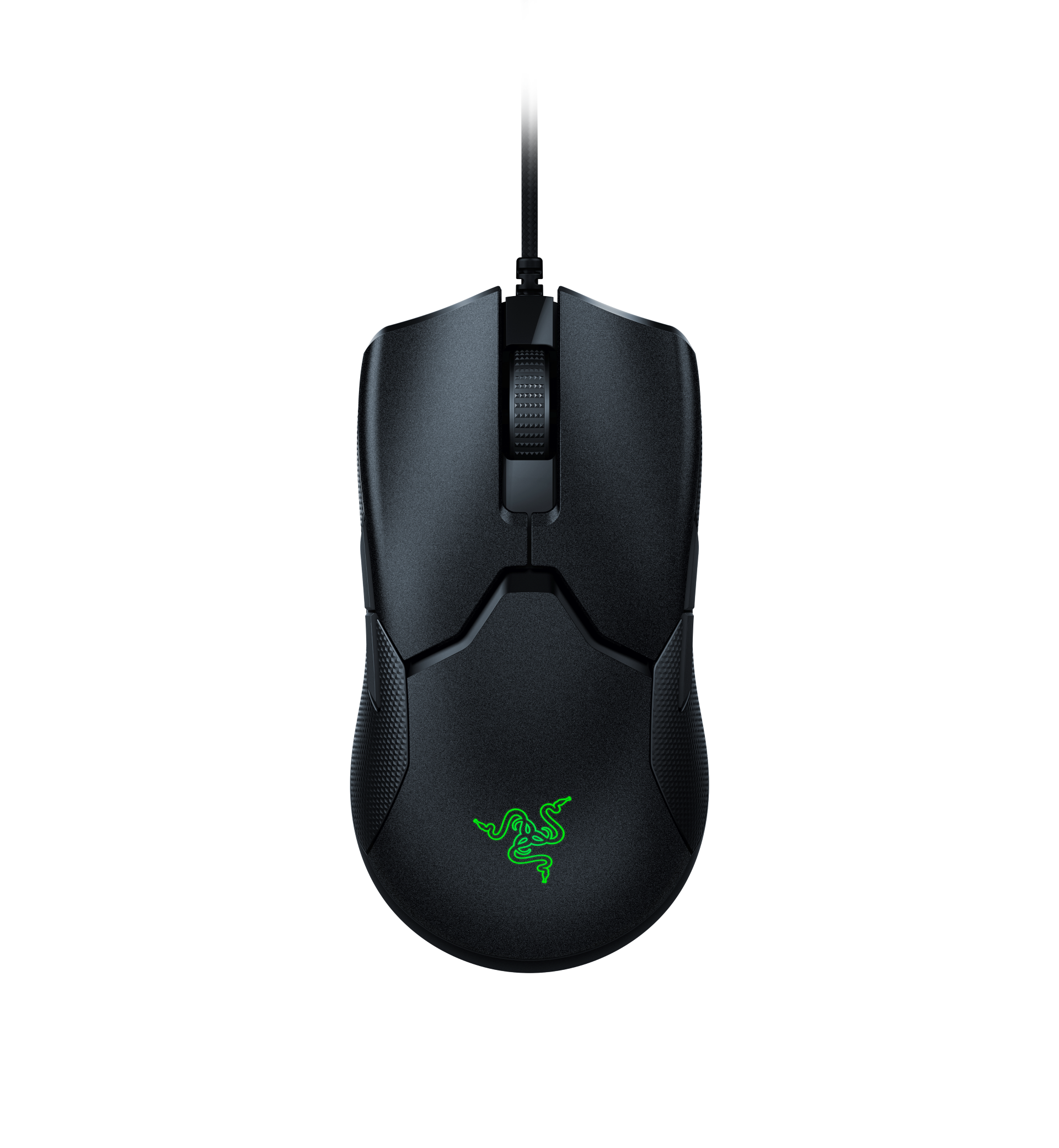 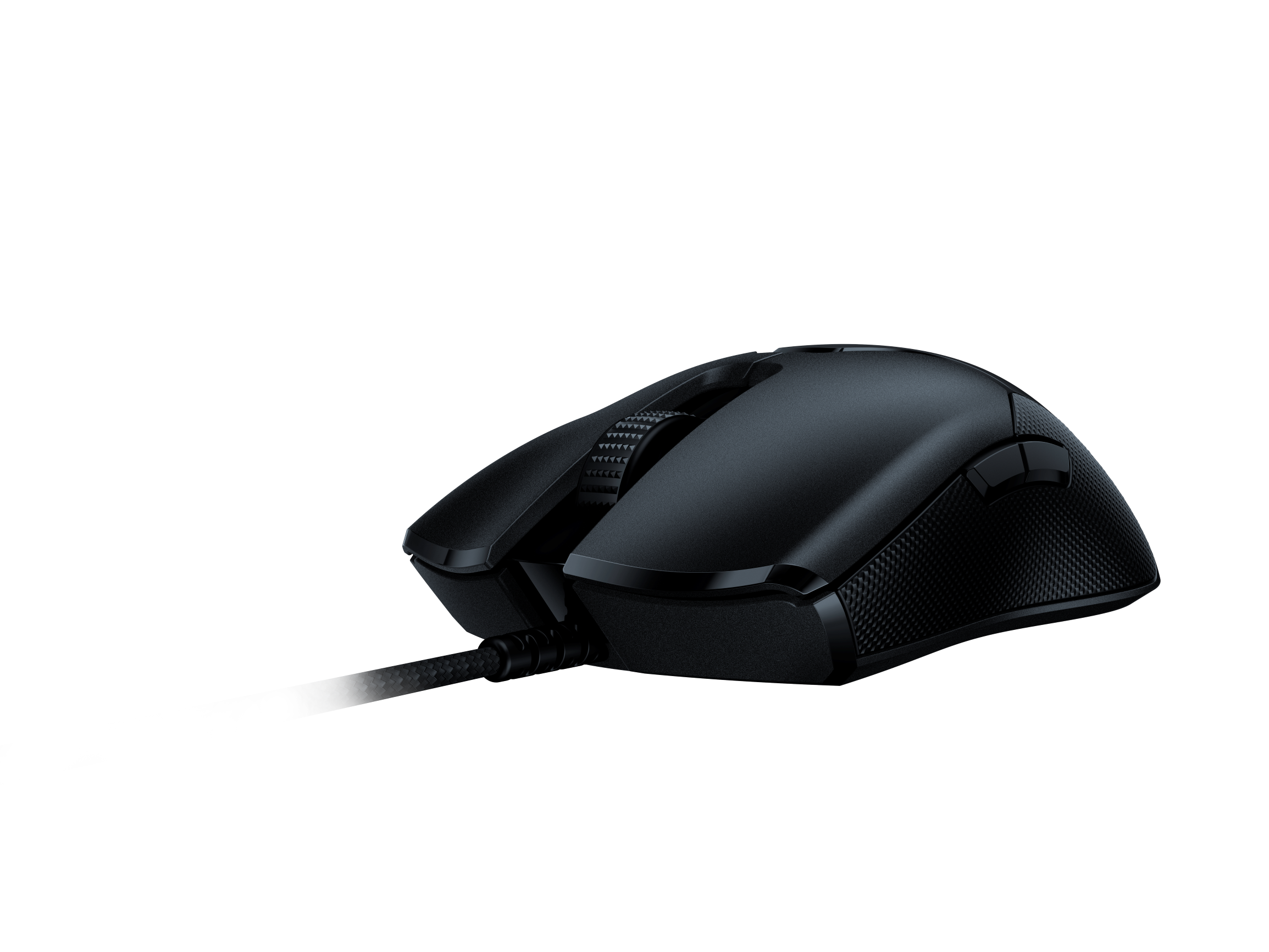 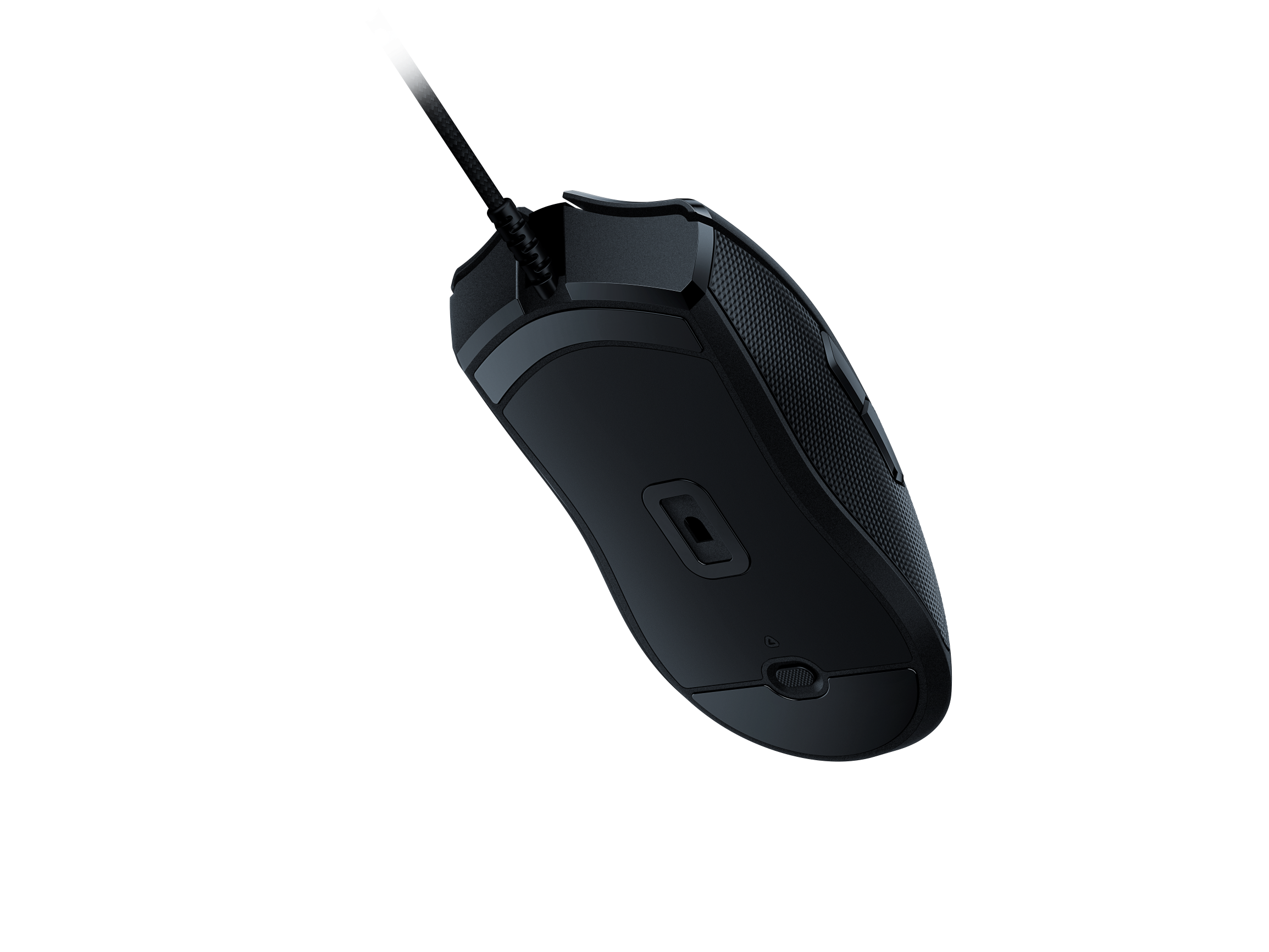 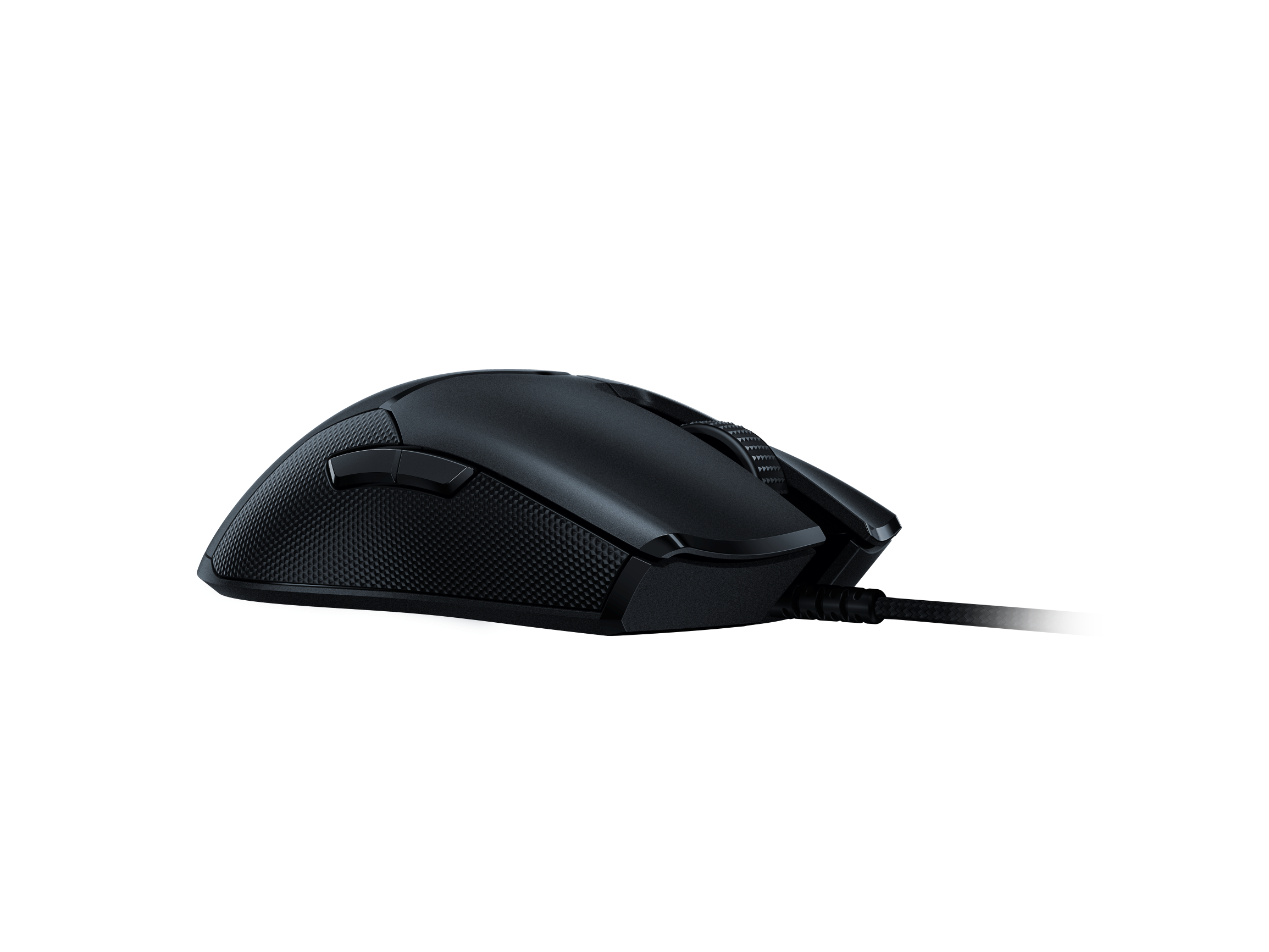 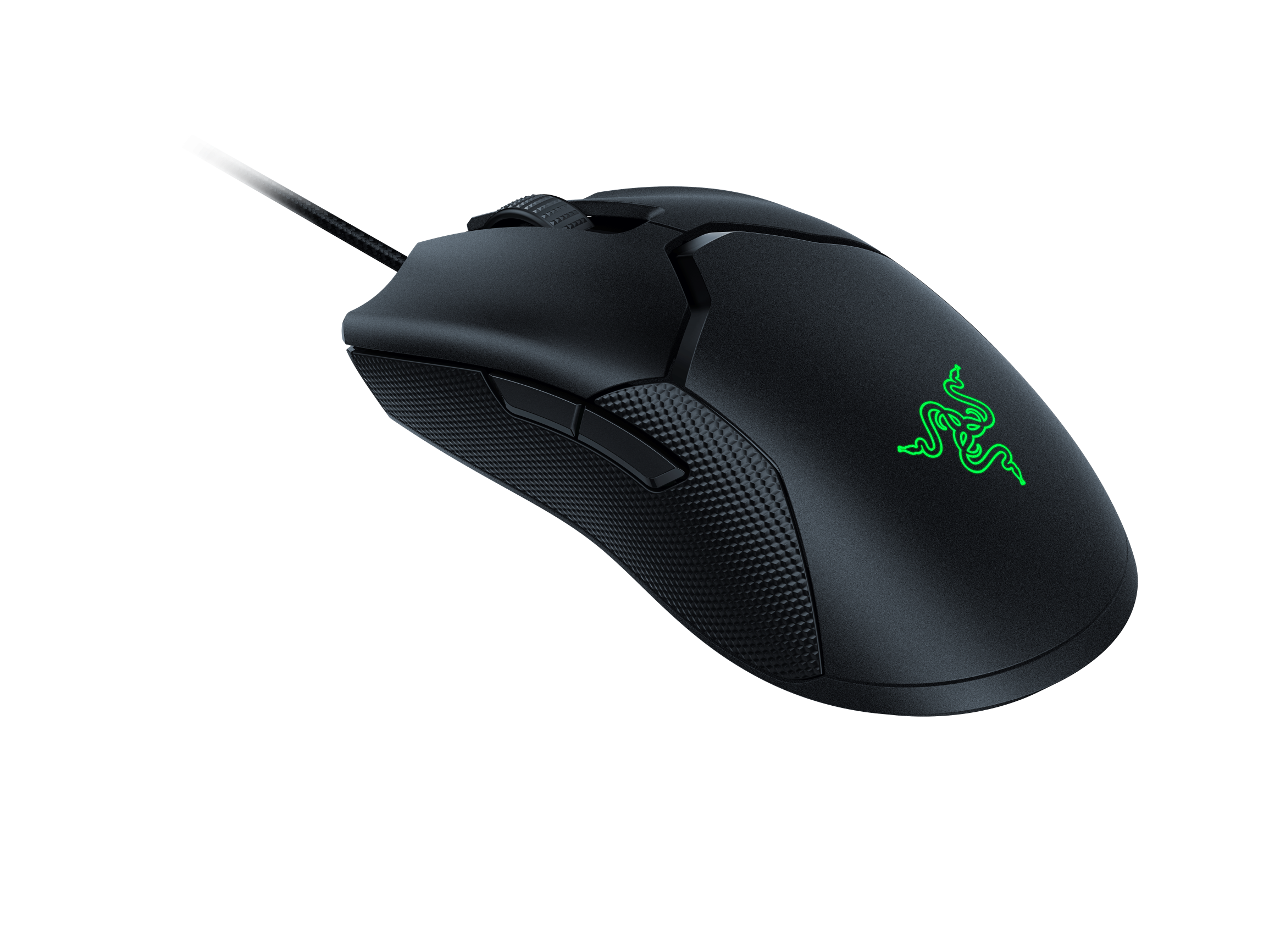 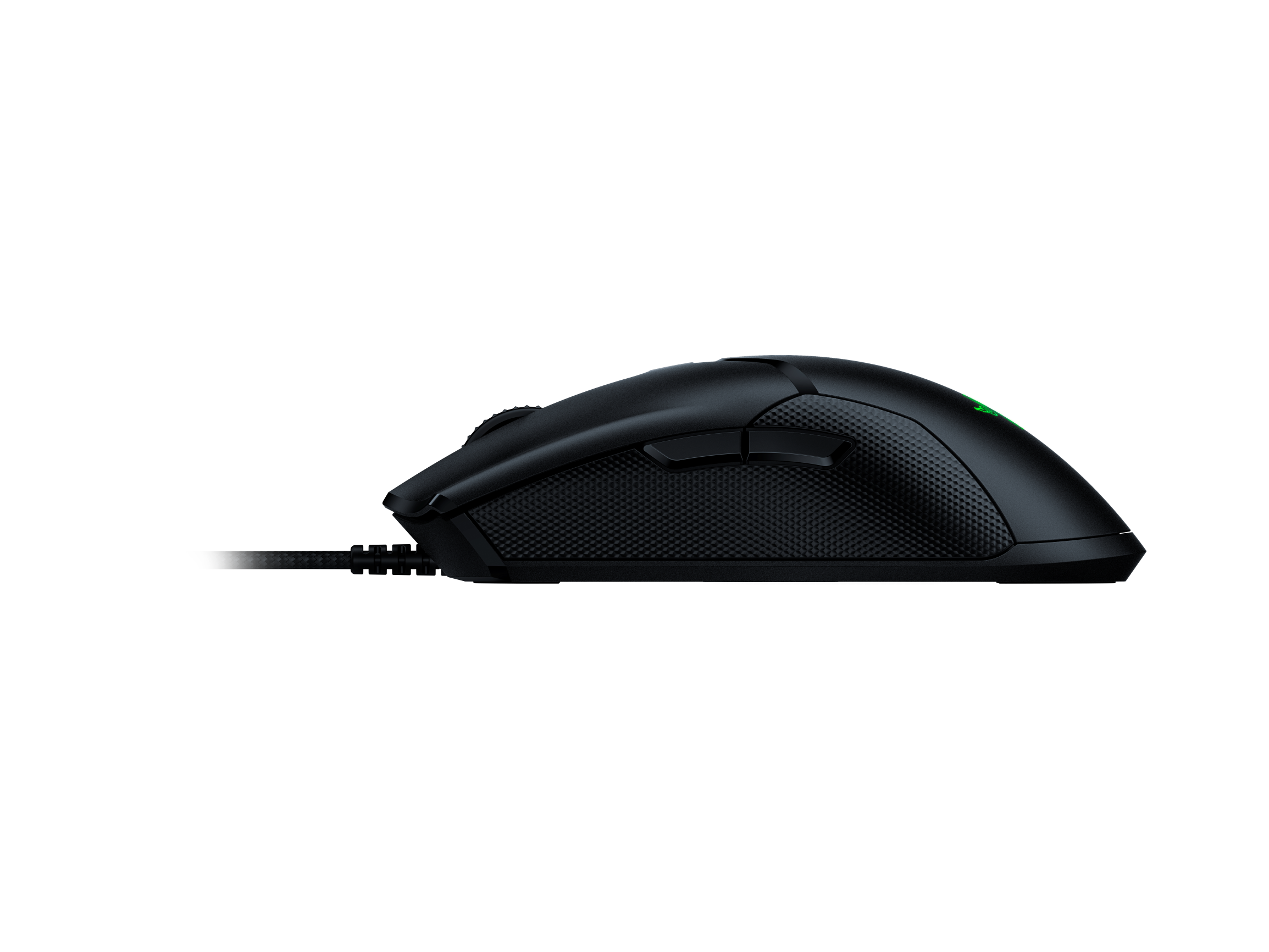 One of the new developments implemented in the Razer Viper is the new Razer Speedflex cable, which combats the tugging or snagging sensation that can occur with wired mice, even with threaded cabling. However, the main innovation here is the introduction of the new Razer Optical Mouse Switch. These new switches focus on enhancing the mouse switch experience in three core ways: Actuation, lifespan, and removal of accidental clicks.

First and foremost, the “actuation at the speed of light” we saw in the Razer Huntsman hits the scene again here. Where traditional mouse mechanical switches use metallic contacts to determine their actuation, the Razer Optical Mouse Switch uses an infrared beam that passes through a shutter to send the “finger press” signal to the PC. Mechanical switches induce a natural “bounce” upon impact, where software comes in to ensure that only the initial press is registered, not any accidental ones occurring from the bouncing of the mechanisms. This software intervention is known as “debounce delay”.

The Razer Viper is a pleasantly light mouse with just enough weight to still maintain a “presence” in your hand. The perforated rubberized grips on the sides allow for a very study and solid claw grip. The mouse’s weight and grip-ability makes lifting and replacing the mouse effortless, easy, and most importantly, accurate. Having used a wide variety of mice for both gaming and productivity, I found myself to prefer heavier right-handed mice, as I am a bit heavy handed myself. However, gaming mice geared towards professional and tournament gamers are traditionally intended to be as light as possible. Despite my preferences, the Razer Viper was nothing less than a pleasure to hold and use, even for an ambidextrous mouse.

When I first connected the Razer Viper to my PC and Razer Synaspe, I walked away to let all of the necessary self-installs complete, leaving the mouse cable still bundled as I wasn’t ready to use it at the moment. When I came back, I lazily used the mouse while it was still bundled, realizing just how flexible the Razer Speedflex cabling was. Despite being nowhere near what would be a proper cable arrangement, I was able to make basic use of the mouse with little to no resistance from the then-bundled cabling. Of course, once I unbundled the cabling, I was sideswiping normally in game with accuracy.

I used the Razer Viper mostly in the Gears of War 5 Tech Test this past weekend, landing Torque Bow shots with ease. I simply held down on Mouse 1, strafed out of cover, and released shots on running enemies with quick and precise sideswipes with my shots. Connecting headshots with the Boltok pistol in a similar fashion felt equally as comfortable. Clicking on the Razer Optical Mouse Switches felt as satisfying as gunshots and actuation felt instantaneous and reactive.

In terms of customization, you are able to remap all eight of the buttons as well as customize the LED of the Razer symbol on the palm rest. These customizations are made via Razer Synapse 3, Razer’s peripheral customization suite for the vast majority of their products. 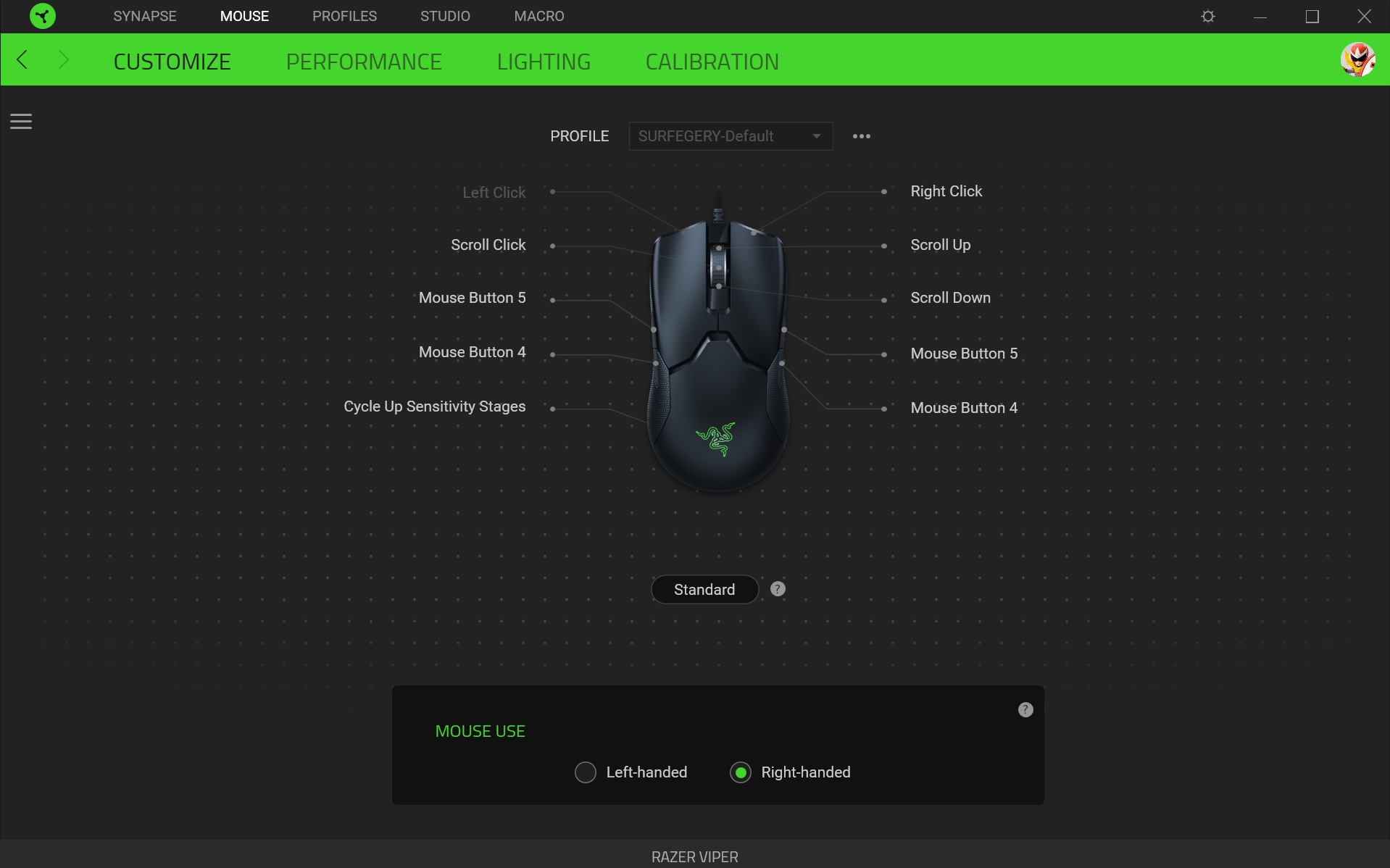 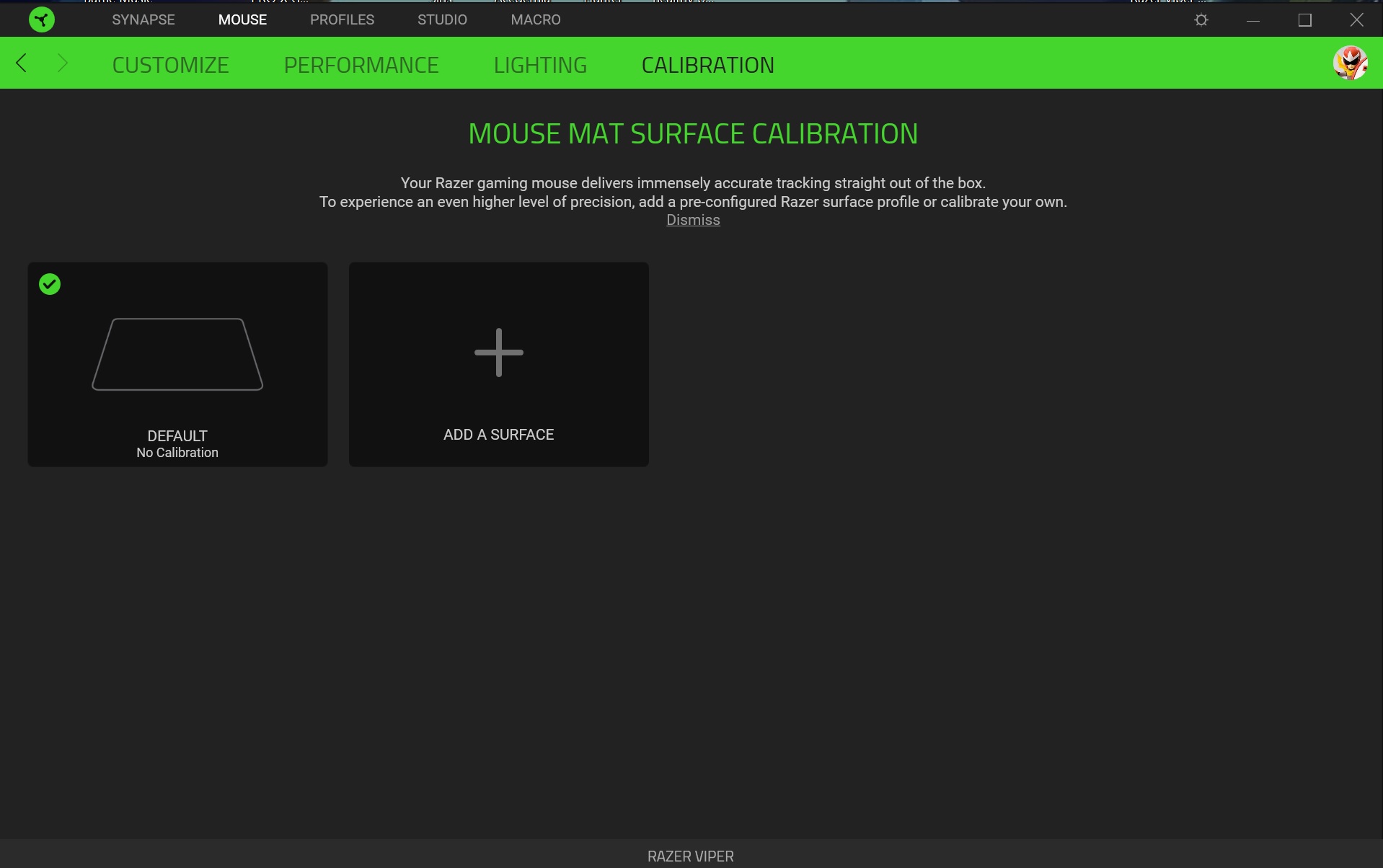 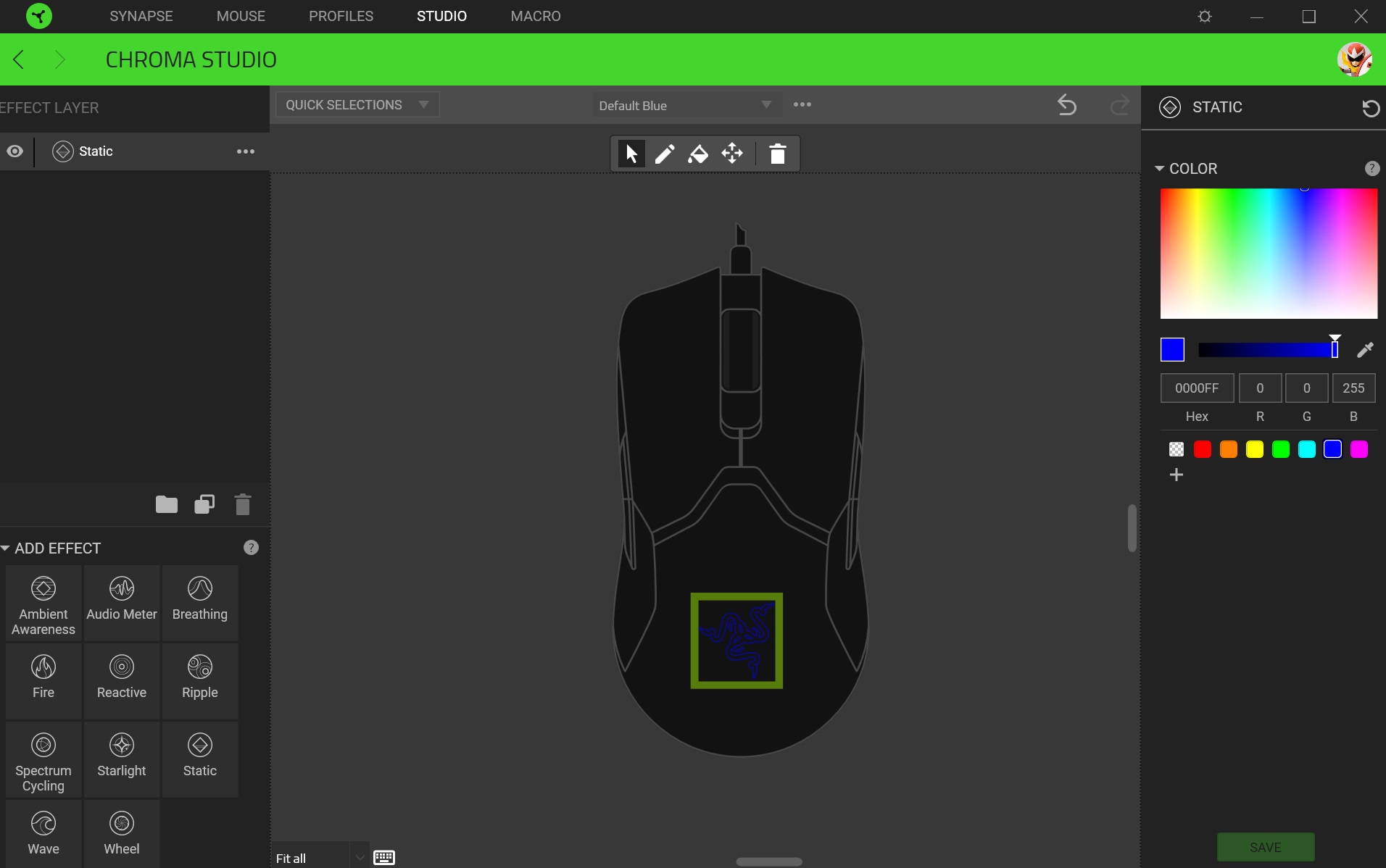 However, this is an esports-grade tournament-ready product. As it is a given that competitors would not have the freedom to install any software on competition machines, the Razer Viper’s ability to swap DPI settings on the fly becomes that much more important. You can use the Razer Synapse software to set up the DPI presets, the mouse will then remember the last set of presets you applied. The LED on the bottom of the mouse acts as an indicator of DPI toggles, changing colors with the DPI swaps. Just like that, you have a tournament-ready mouse that is ready to perform on the very next PC you connect it to, without additional software installation.

At $79.99, the Razer Viper is a solid purchase for any tournament gamer or any gamer that wants to emulate an esports level of accuracy and performance. As an ambidextrous mouse, it sports a comfortable body for both claw and palm grips. It is a product that properly takes tournament gaming into consideration, with its DPI button placement, anti-tug cabling, and its durable and high-performance switches.

Trying to bring your PC gaming to an eSports level without breaking $100? Check out the Razer Viper and its new Razer Optical Mouse Switches here.

Razer and NIO paving the way for ...