I’m always in the market for a bargain, especially when it comes to phones. These days, with most upper tier phones crawling into the quadruple digits, it has left an opportunity for up-and-comers to make a dent in the lower end space. And the best part is that the low-end isn’t that low any more. And phones like the Realme 2 Pro certainly reinforce that fact. Realme is a branch of Oppo, and is making a real splash, particularly in the Indian market. In the US, the phone starts at around $200, so it’s definitely one of the cheapest phones you can buy. But what compromises are made? Let’s dive in.

Ironically, or appropriately, depending on how you look at it, my review of this phone started just after I had picked up the OnePlus 6T from T-Mobile. Strictly on the surface, from a hardware perspective, they’re two peas from the same pod – though slightly different in a few key ways. First and foremost, the device is all polycarbonate as opposed to the more premium glass sandwich you get from OnePlus. That’s a fancy way of saying it’s plastic. This isn’t necessarily a deal-breaker – in fact the design of the phone is quite nice. But it feels cheap when you hold it – more like a toy, and less like a robust device.

The back of the phone looks like a dual layer polycarbonate, almost, but not quite pulling off the Aurora glass back of Honor phones. It certainly is shiny, but doesn’t play with the light as well as the 15 layers of glass Honor boasts. It certainly is prettier than most though, so overall, we’re calling it a plus. Speaking of the back, you’ll find the dual 16MP + 2MP camera setup with a gargantuan camera bump, which I’d honestly thought we’d moved past in 2018. To be fair, by “Gargantuan” I actually mean about a millimeter or two, but still. The primary sensor is responsible for the shots, while the secondary 2 MP sensor handles depth of field information for portrait modes. More on the camera later.

The fingerprint sensor on the phone is very accurate, but not quite as fast as the fastest ones out there. It’s still better than the OnePlus 6T’s in screen reader, so we’ll put that in the win column along with the headphone jack. What will go solidly in the loss column is the micro-USB port in 2018, and the lack of NFC – no mobile payments going on here. 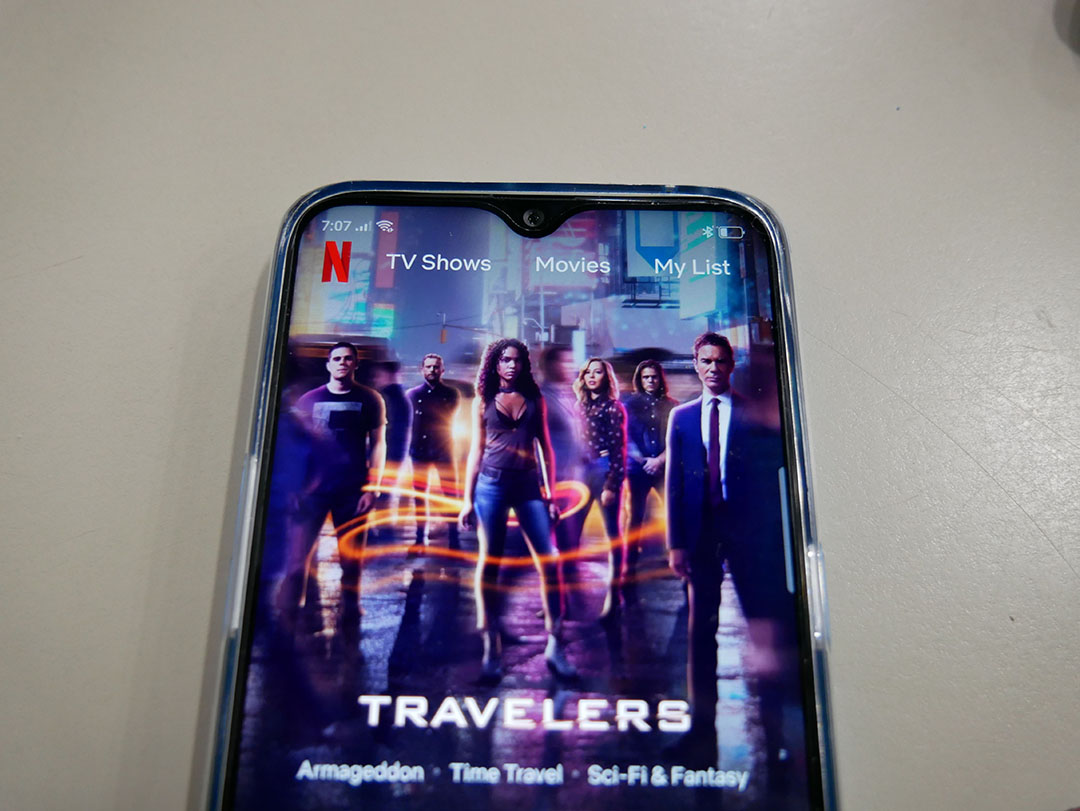 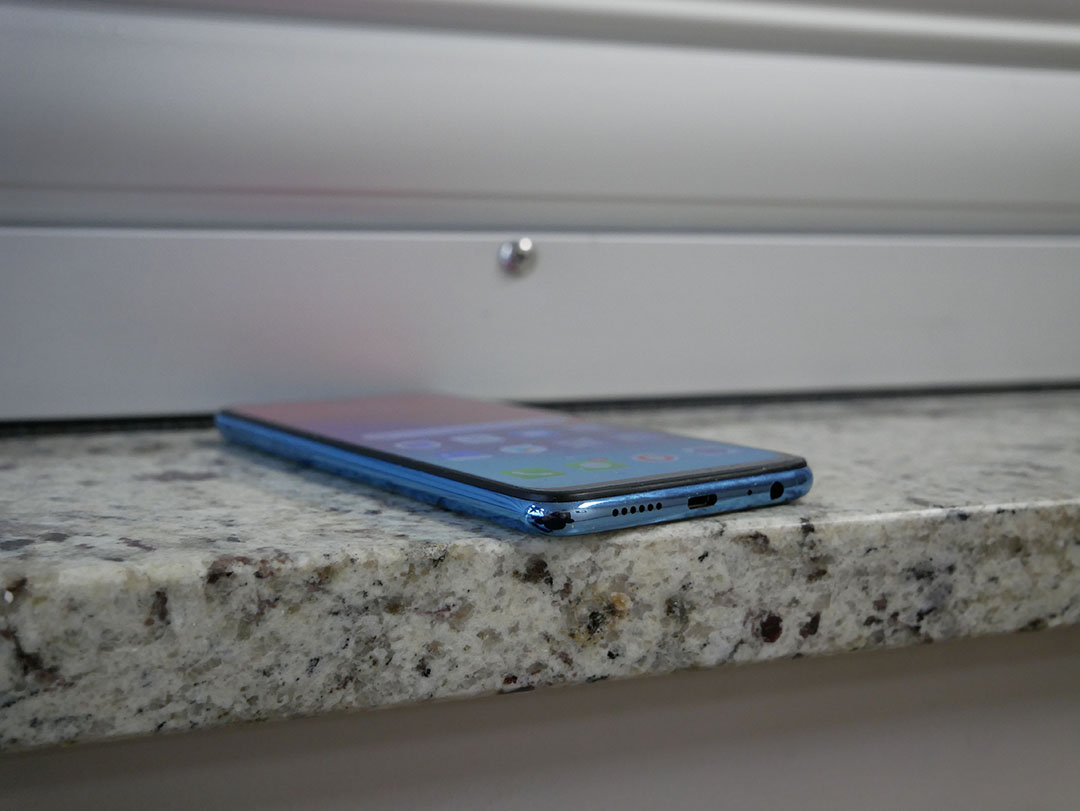 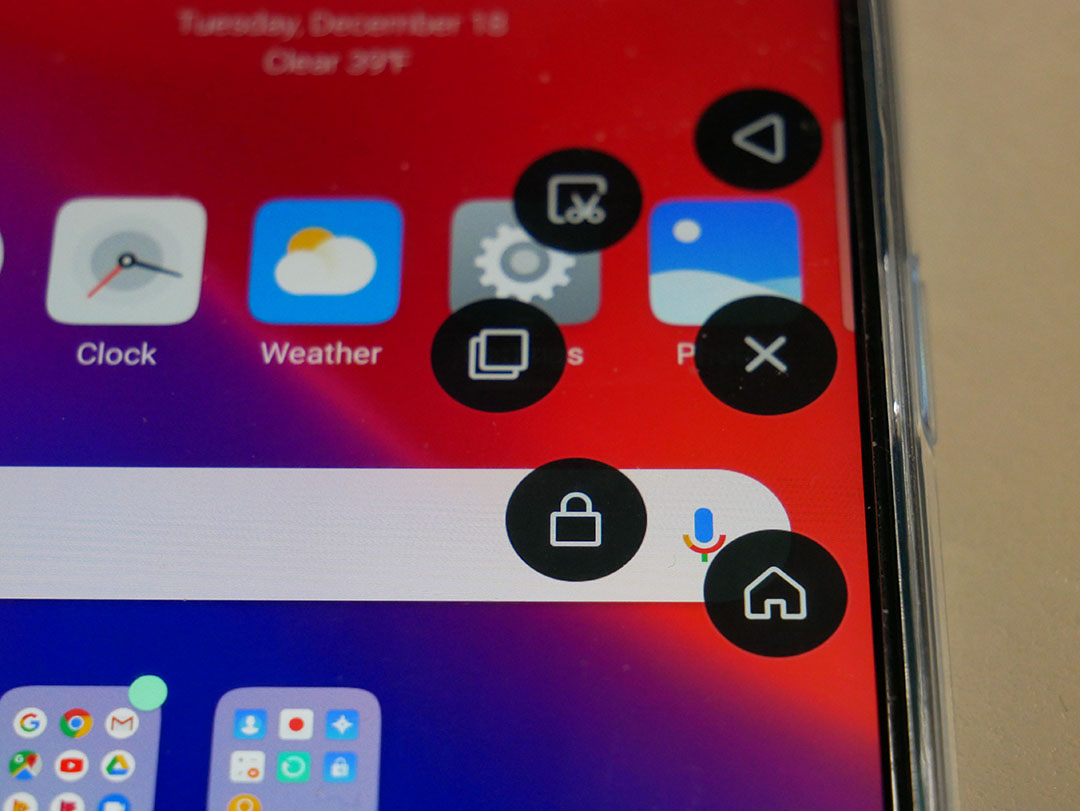 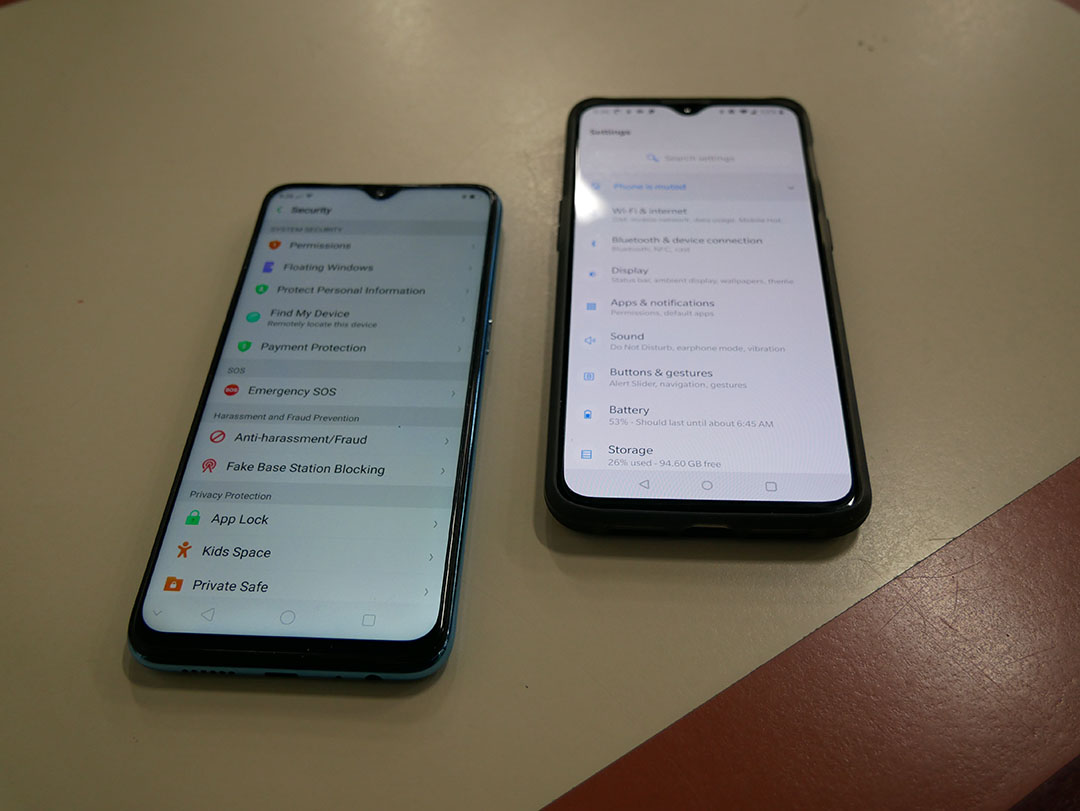 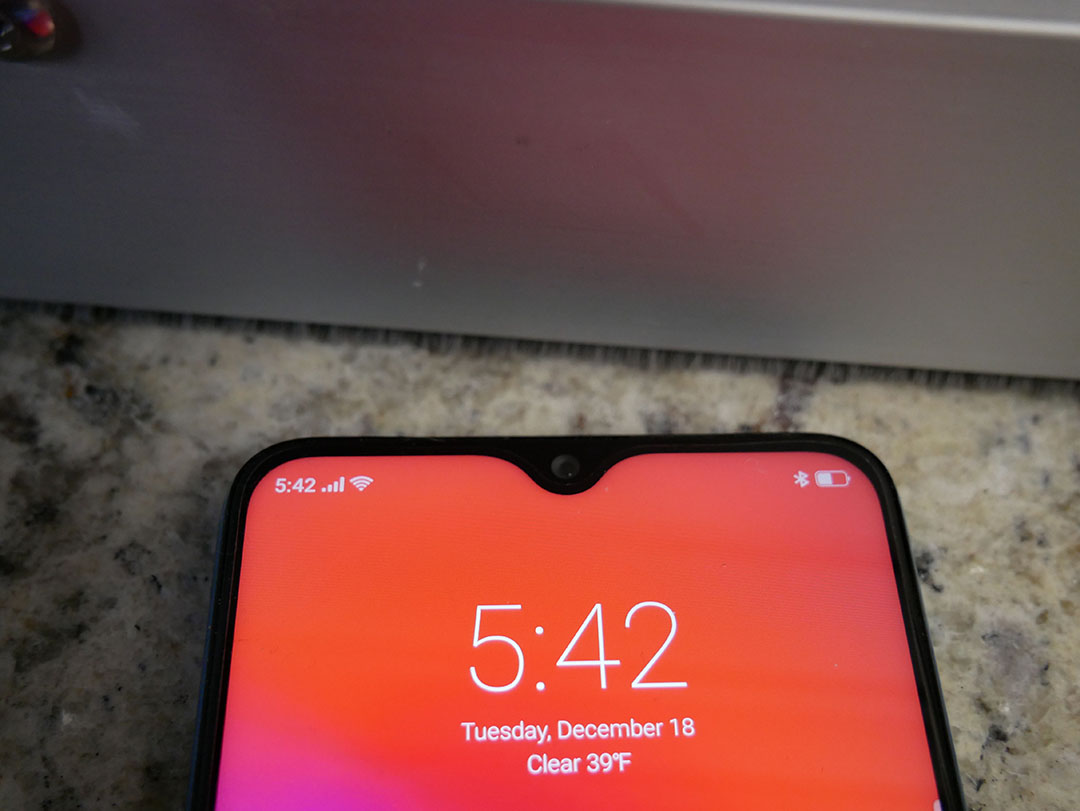 The phone sports a Snapdragon 660 series SoC, and my review unit came with 8 GB of RAM and 128 GB of onboard storage. The phone is no slouch in the performance department. It won’t compete with flagship phones out there, nor even with the OnePlus 6T, but at this price, you can’t really complain about that.

On the front, you’ll find a nice, FullHD display with a resolution of 1080 x 2340. The screen is a bit on the warm side, but comes with an adjustment setting, which is rather nice, actually. It looks great for Netflix and gaming – and let’s be honest, by “gaming” I mean Clash Royale. At the top of that display is the tear drop notch which is better than a full notch, buy not by much.

Curiously, there isn’t really a way to turn the notch off. You can disable the notch for apps individually, but you can’t blanket turn it off, which is a bit off putting. I like the fact that you can customize it, but I don’t want to have to turn it off 126 times – once for each app. What’s more – that feature didn’t work, at least on my unit. We’ve reached out to RealMe for comment and will update this article once we hear back. But I turned the notch off for Netflix, and sure enough, there it is.

Before we drift too far away from software, let’s talk about Color OS. My review unit has version 5.2 built on Android 8.1. ColorOS is one of those skins that you’ll either love or hate. There’s no app drawer, but if you organize your apps well, that’s not a big deal. But it does come with some nice additions which can be quite useful.

First is the assistive ball. This is a floating button which helps you navigate the phone one-handed. You can change the options that appear, but by default it helps you with basic navigation where you thumb actually rests, rather than the bottom of the screen. It’s cute, but I turned it off after exploring it for a while.

The Smart Sidebar, on the other hand, was something I used frequently. This is basically a version of Samsung’s edge functions, where you can load your most commonly used apps. A swipe in from the side opens the drawer in any app and lets you switch quickly. It was finicky at times, but I enjoyed the feature very much.

Clone apps is another potentially handy feature. It’s not personally relevant to me, but if you manage several social media accounts, you can load up two versions of the same app with different credentials. That’s something that has been around for a while, and it’s nice to see here.

If you swipe to the far left, you’ll find Realme’s shelf implementation. It’s not very customizable – you can add favorite contacts and favorite apps, but in general, I’d much prefer to see Google’s cards here, more than anything else. Pipe dream, I know, and a different launcher could handily fix that problem. All the same, if Realme is going to insist on making me use the shelf, it could at least add more useful features to is, such as a mail browser, play controls, or even just allow a user to place widgets there. Problem solved.

The primary camera on the front and the selfie cam are both 16 Megapixel shooters. The main camera has a f/1.7 aperture, while the selfie camera has a f/2.0 aperture. The camera app is overly complicated. It carries an AI mode with beauty shot, followed by 6 other modes that I couldn’t make sense of. I didn’t see any difference in 6 different shots I took in the various modes. In selfie mode, you can add stickers, which is great if you’re a woman. I only say that because most of the stickers you could add have a distinctly feminine vibe to them. I’ll post a bunch here because I’m old as hell and I don’t care. 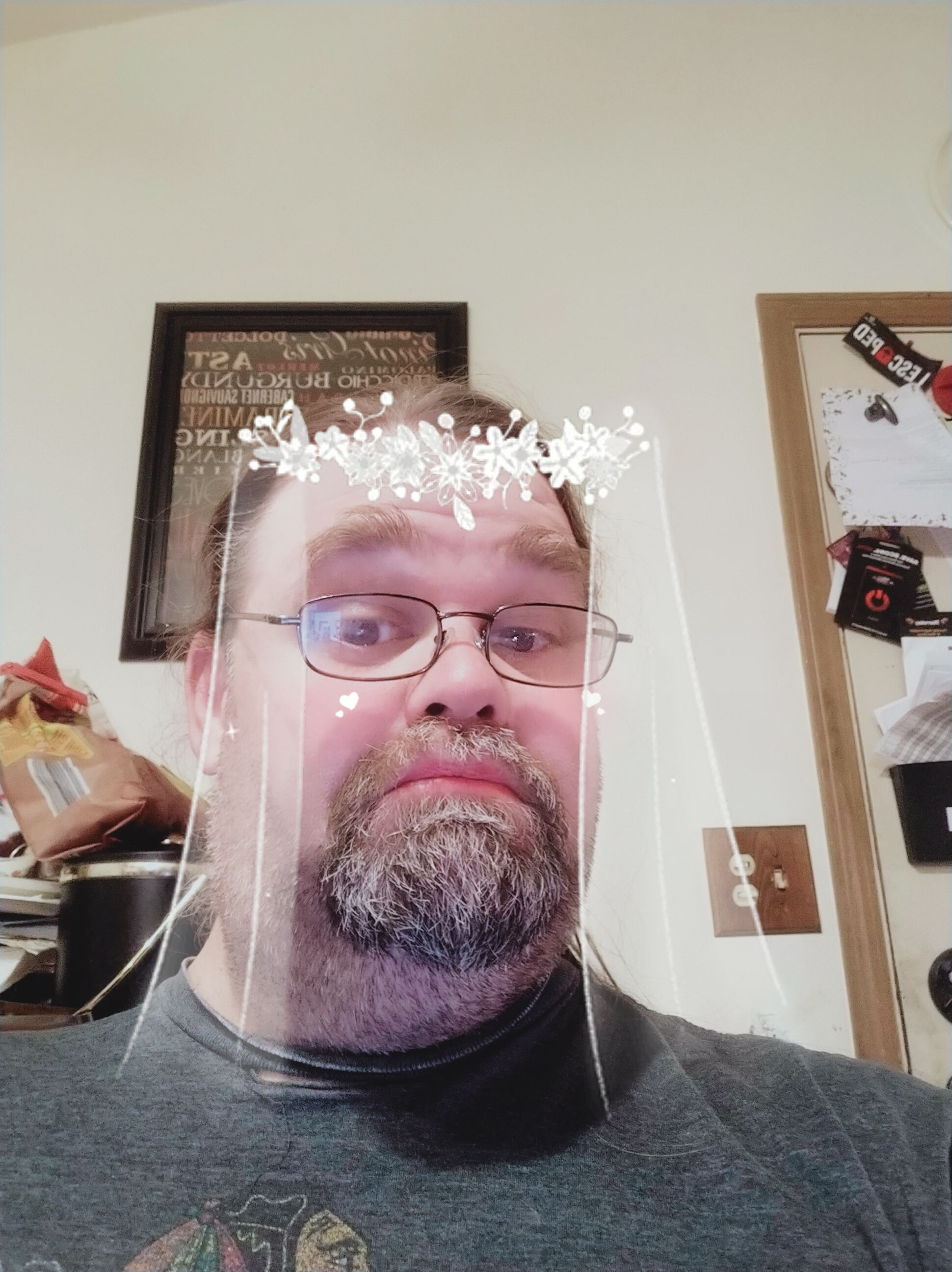 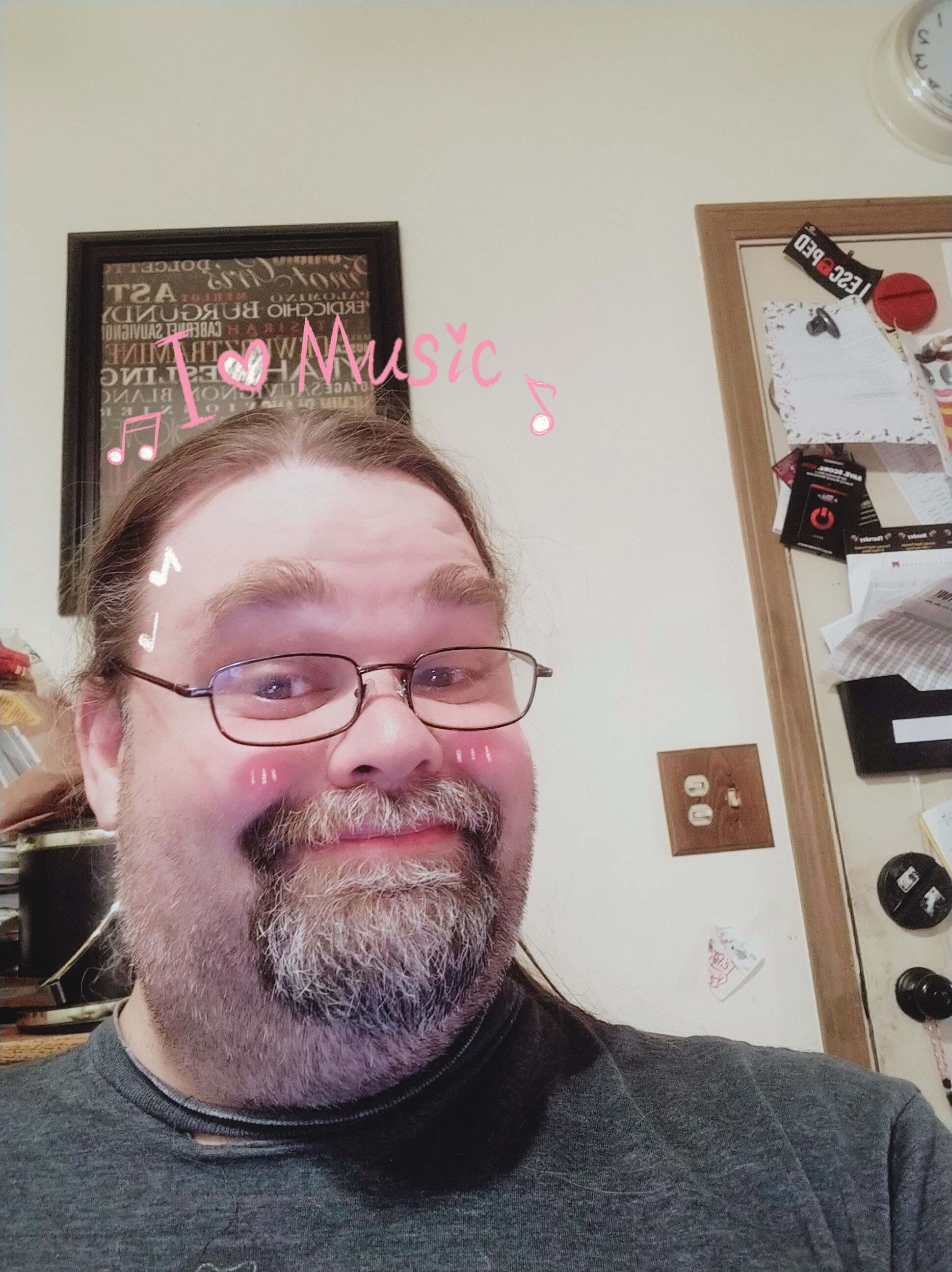 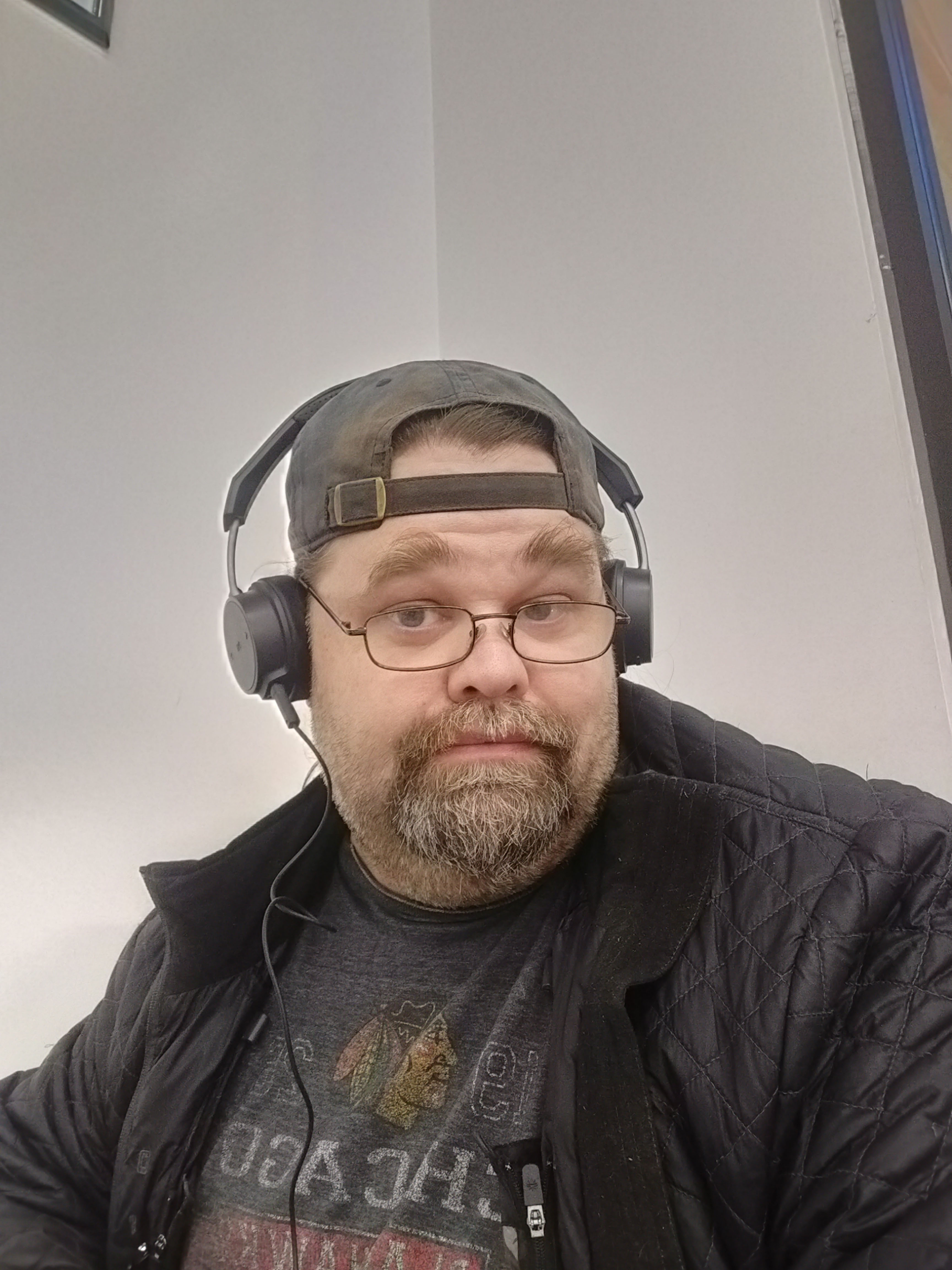 Also in selfie mode, you’ll find a time lapse and panoramic mode for some damn reason. The camera app includes an expert mode, which is nice. You can also beautify photos after the fact with various software features to fix blemishes, make your eyes bigger or brighter, slim your face, and the like. These worked pretty well, which was a nice surprise, but again – old, don’t care.

Overall the photos came out mostly OK for this price point. Having looked at other phones in this range, II shouldn’t be surprised that photos look good on the phone screen, but make them any bigger and they betray the camera’s weakness. If there is any movement at all in your photos, you may as well not take them. This is also common in this price point, and still disappointing. We’re still not there, but if you plan to focus more on portraits or shots where your subject won’t necessarily be moving – which is arguably most of the time – then this camera works embodies the phrase “something is better than nothing” but only barely. Realme can certainly do better here. 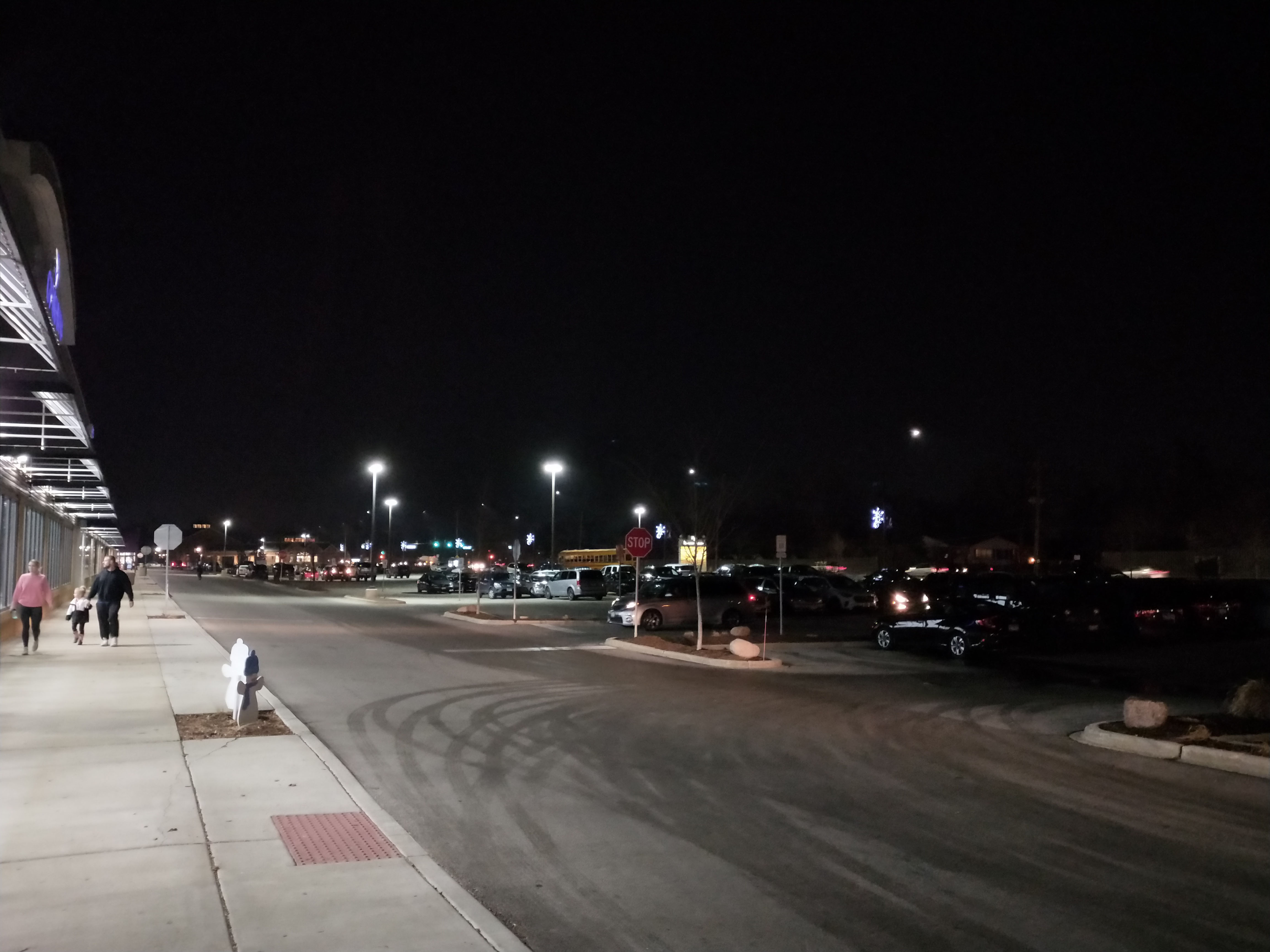 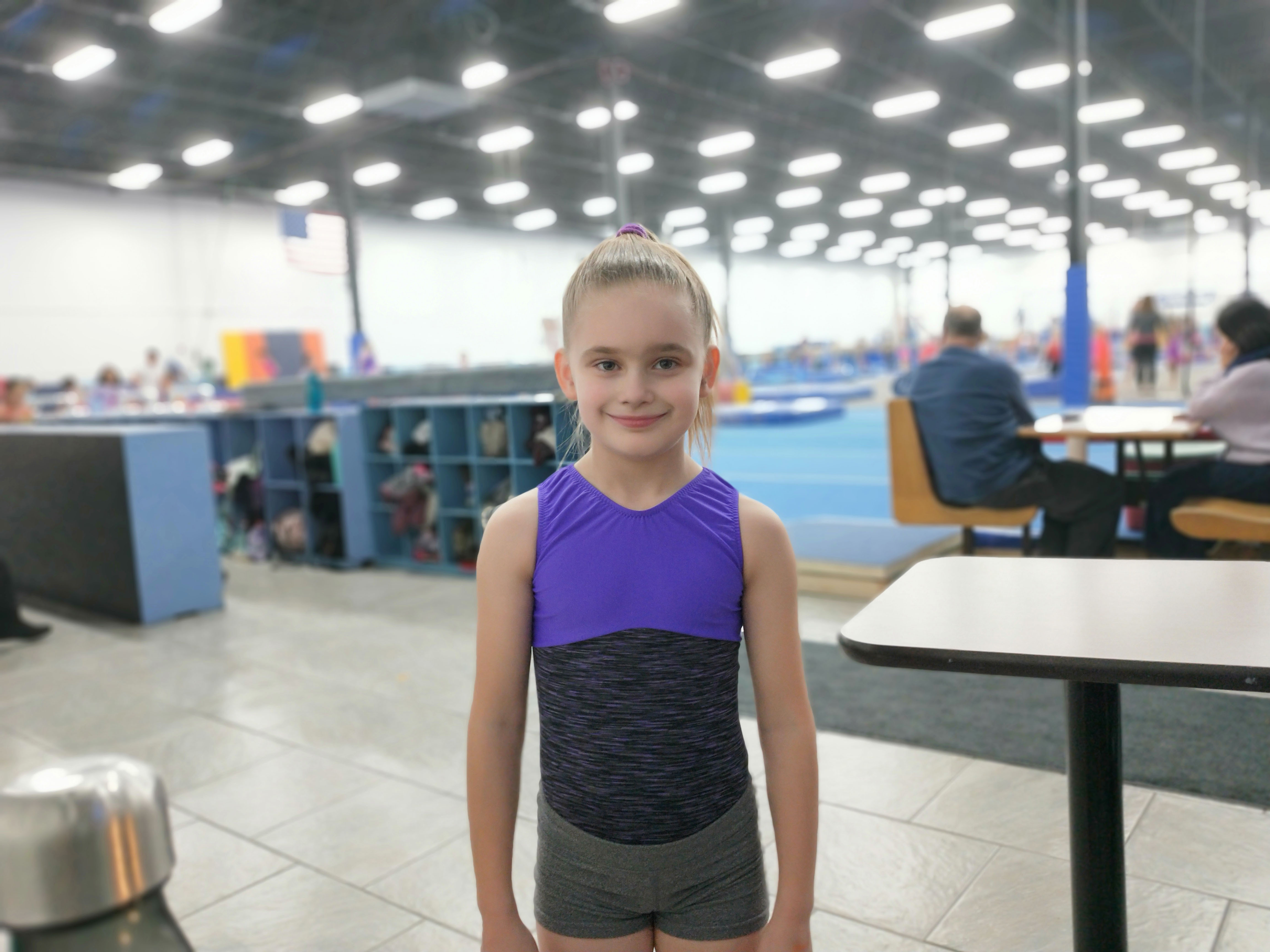 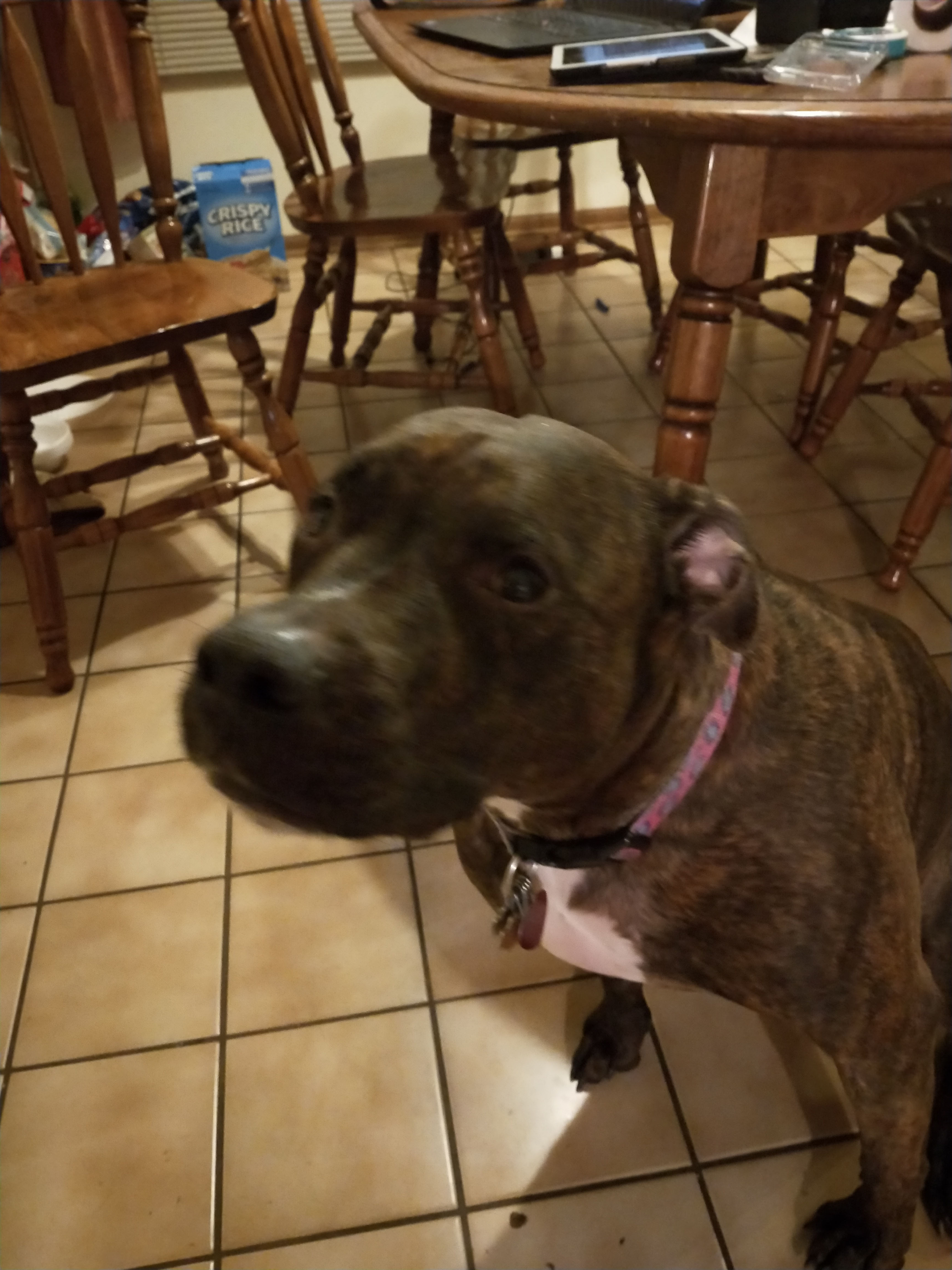 The Realme Pro 2 attacks the India market aggressively at 13,990 rupees (roughly $198 at the current exchange rate). But at that price point, there is some hefty competition. The Pocophone F1 isn’t much more expensive with a better processor, and more future-proof. That being said, this is a solid entry in the budget market. Personally, I wouldn’t use it due to the lack of NFC – that’s an absolute deal breaker for me. But if you’re not as married to Google Pay, this might be a good option for you. When/if my kids ever finally talk me into getting them a phone, this will be a contender, but they’ll hate it because of the camera. If you’re on a budget, and you don’t care about the corners that are cut – the SoC, the microUSB, and the lack of NFC, then you should check this phone out.

For the Creators, Introducing the New Samsung ...