This looks very interesting coming from  The Wachowskis,  Sense8 will mark the first TV show created by the Matrix duo. I personally feel this might be their best medium, giving them a enough time and space to craft their story elements and not been confined to a 2hr narrative in the movies.

The eight different characters in this instance are; Will (Brian J. Smith), Riley (Tuppence Middleton), Capheus (Aml Ameen), Sun (Bae Doona), Lito (Miguel Angel Silvestre), Kala (Tina Desai), Wolfgang (Max Riemelt), and Nomi (Jamie Clayton) – people living in such different places as San Francisco, Chicago, Mexico City, London, Berlin, Iceland, Mumbai, Nairobi, and Seoul. The characters become connected at the beginning of the series when the death of a sensate – a member of a group of eight people connected through their personalities, rather than beliefs – births the creation of a new group. After the first few minutes of the pilot, the series is shot from only the POV of each of the eight characters.

Joe Straczynski (who co-created the series with the Wachowskis) described the realization process as the following:

“It starts off with sensory input then gradually, it becomes more and more literal where you’re in a room by yourself, but there’s somebody else there and you’re in San Francisco, but that character is in Seoul.  You see each other in the same room no one else can see, but you can see them and you have a conversation and that person knows parts of you and knows things about you. Initially they don’t know what the hell is going on, so as they begin to figure it out, we begin to figure it out… the first episode is a little bit confusing.” 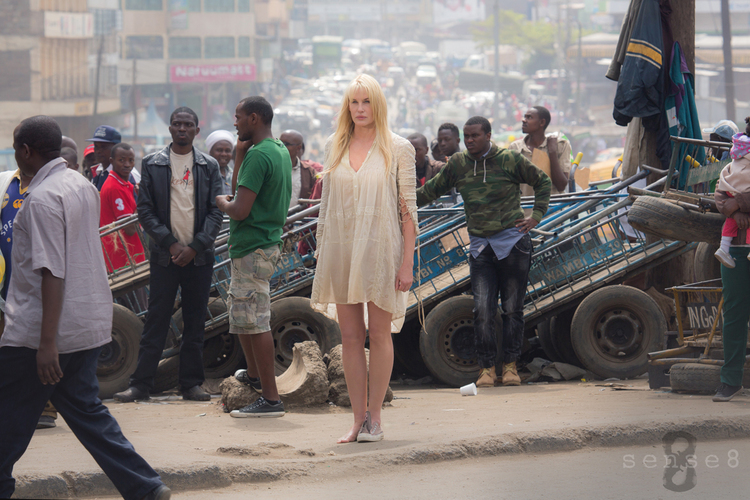 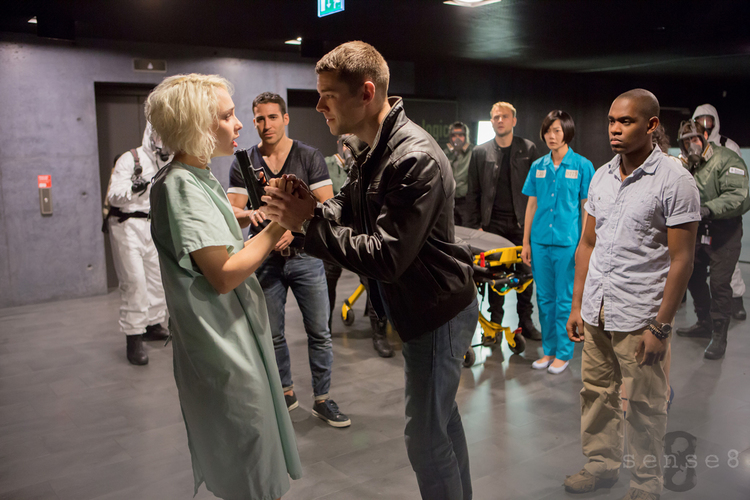 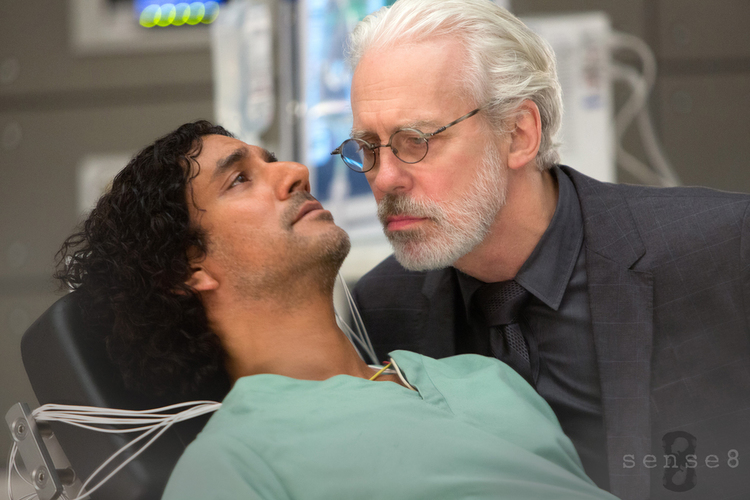