This year, Lenovo has opted to expand it’s Yoga line of Android tablets with a new higher spec’d alternative. With the introduction of the Yoga Tab;et 2 Pro line, the 13-inch QHD tablet adds a level of surprise most Android tablets can only hope to achieve in this crowded market. The Lenovo Yoga Pro 2 Tablet is the ultimate multi-media device that asks you to dive a little deeper into your pockets for a chance to become acquainted with it, however, it adds more value than most to persuade to give it a try.

Going back to that 13-inch QHD 2540×1510 display, it’s gorgeous. Reviews have said that because of the rather large 13 inch display, the pixels are not as condensed and result in the screen having a 271 ppi rate. This is all true, but don’t let those numbers take away from how beautiful the display is. There is no lacking of brightness and the viewing angles incorporated with the resolution of the display make it top-tier.  Surprisingly, the Intel Atom Quad-core 1.4ghz processor found in the base Yoga tablet is found here as well. It runs just as smoothly, while taking a slight hit in battery life. Quoted by Lenovo at 15 hours with continuous use, the tablet does adds credence to that claim. The front and rear facing cameras are both identical to that of the base model Yoga tablet. So there has definitely been some compromises in order to keep the price relatively competitive.  The YOGA Tablet 2 Pro comes with an integrated JBL 2.1 channel 8 watt sound system. It’s the world’s first tablet with a 5W subwoofer. Lenovo has enhanced these speakers with Dolby Audio Digital Enhancement and hardware embedded premium Wolfson Master Hi-Fi CODEC audio processing chip for studio-quality noise reduction.

Lenovo has also added some out of the box features like a Pico projector. Located on the side of the device parallel to the power button. Before you think it is a gimmick feature, I can attest to it’s quality and use case.The Pico projector is of high quality and omits an experience that rivals some standalone projectors (check the video review for samples). There is obviously a trade in battery life when using the projector, but it isn’t as extreme as you might think. During my use, I’ve gotten 7.5-8 hours of continuous use out of the projector and battery. Some tablets priced in this range don’t even function normally for that long, so kudos to Lenovo for making battery a point of emphasis throughout the entirety of the device.  The front-facing speakers have JBL surround sound baked into them and unlike the beats audio gimmick on HTC devices, the enhancements are apparent in the sound output. There is definitely a lack in max volume, but the quality itself of media content is superb so the trade-off is equalled out. All in all, in terms of a media device, the Lenovo Yoga Pro 2 tablet is the ultimate media Android device.

It has versatility, improved functionality with the projector, and incredible battery life culminating it all together. Initially be launched at $499, you can find the device for as low as $479 in certain retail outlets online. This tablet gets my stamp approval for a must buy! 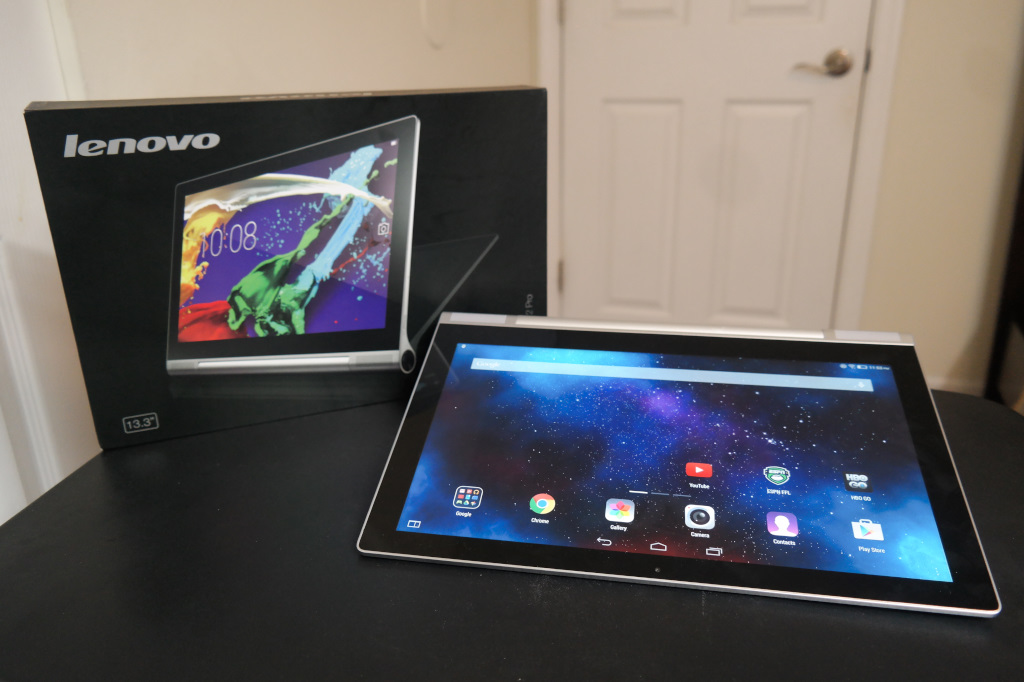 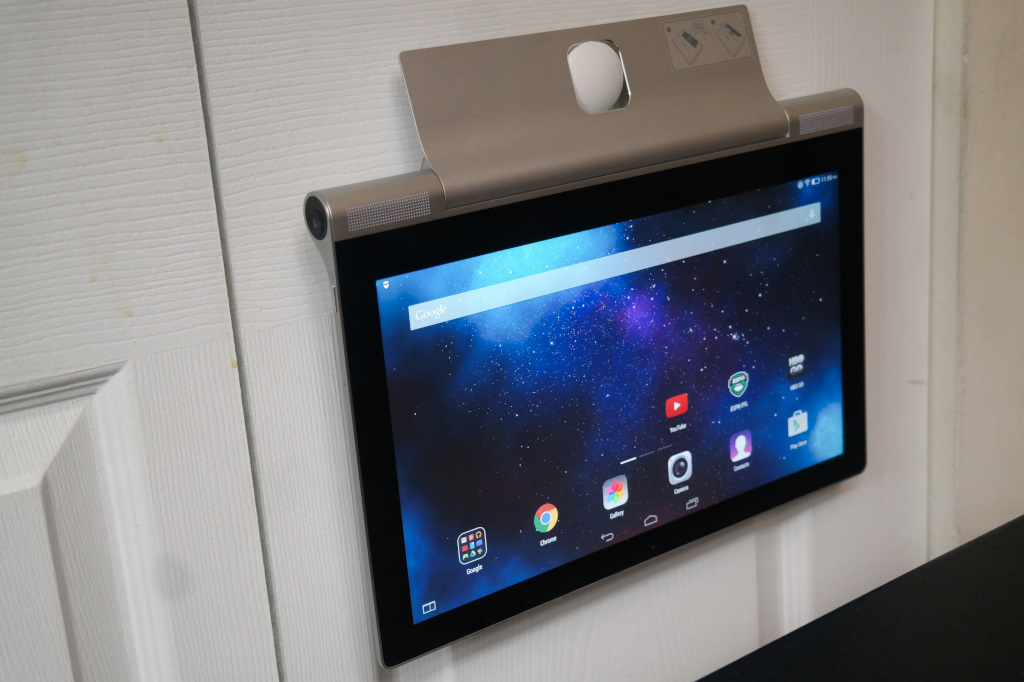 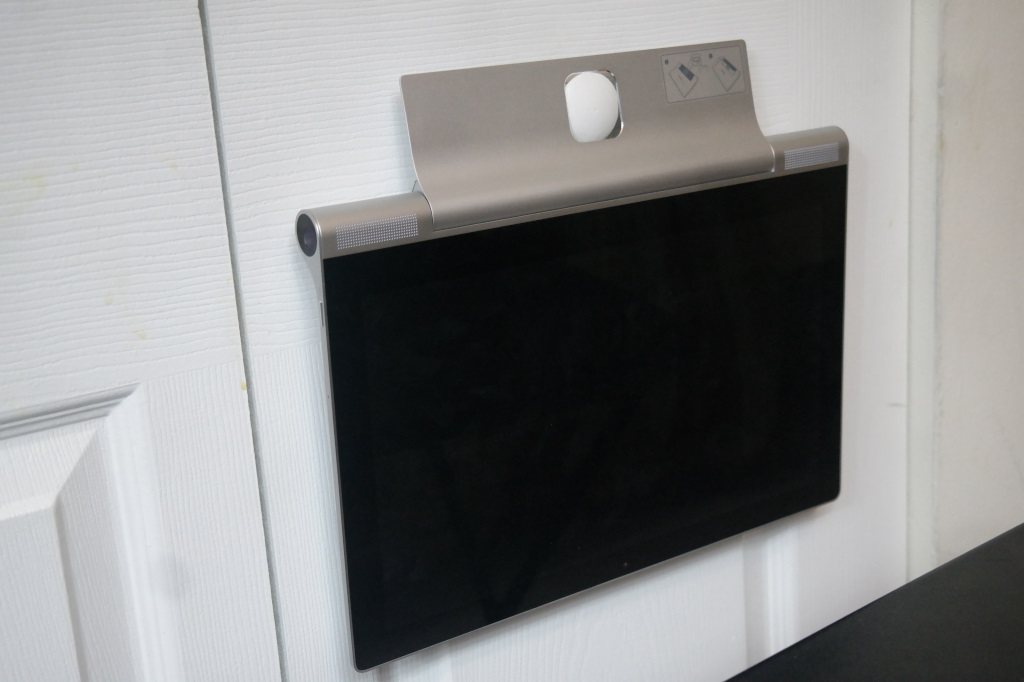 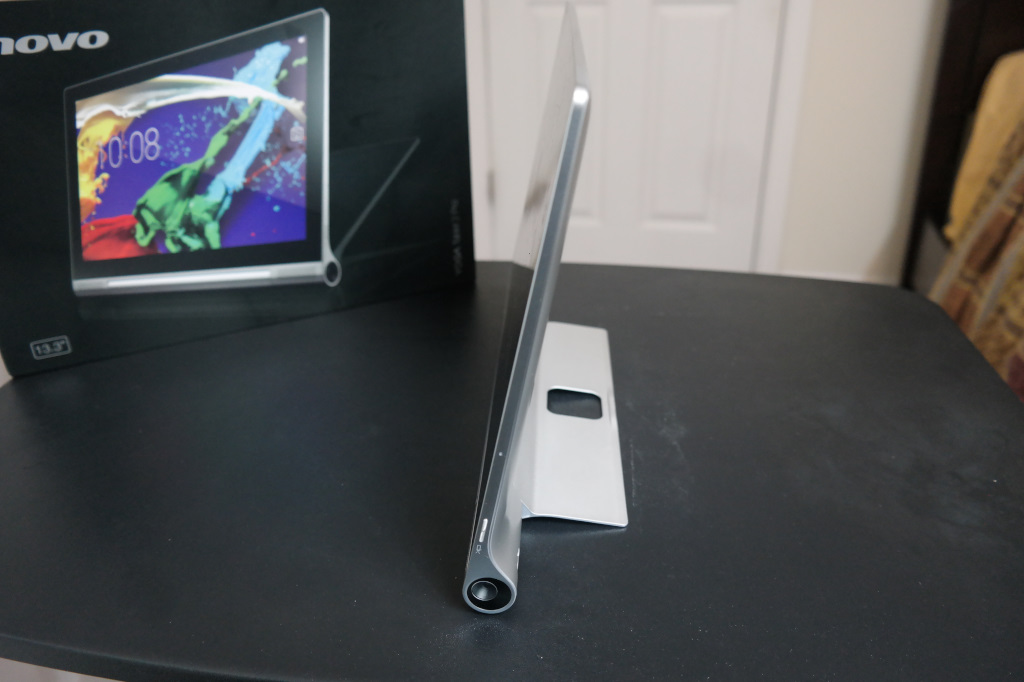 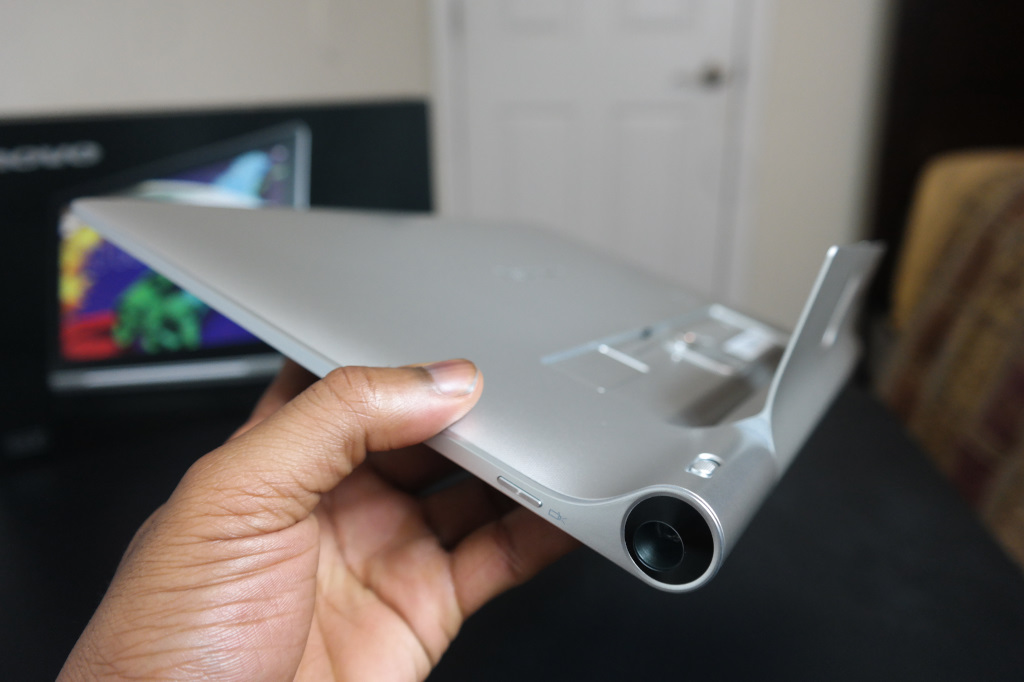 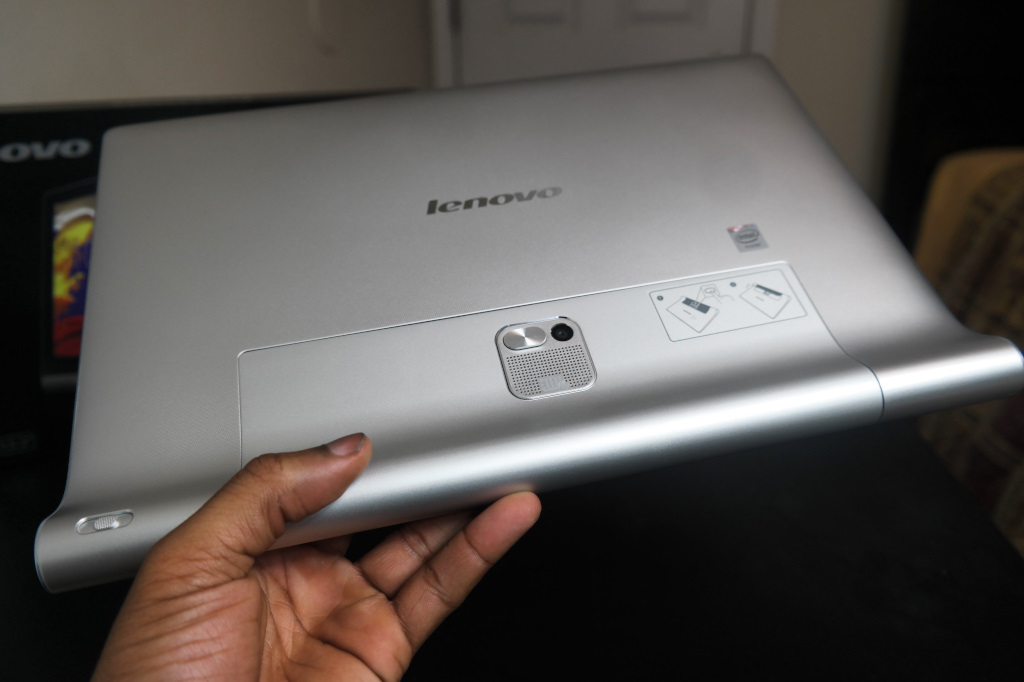 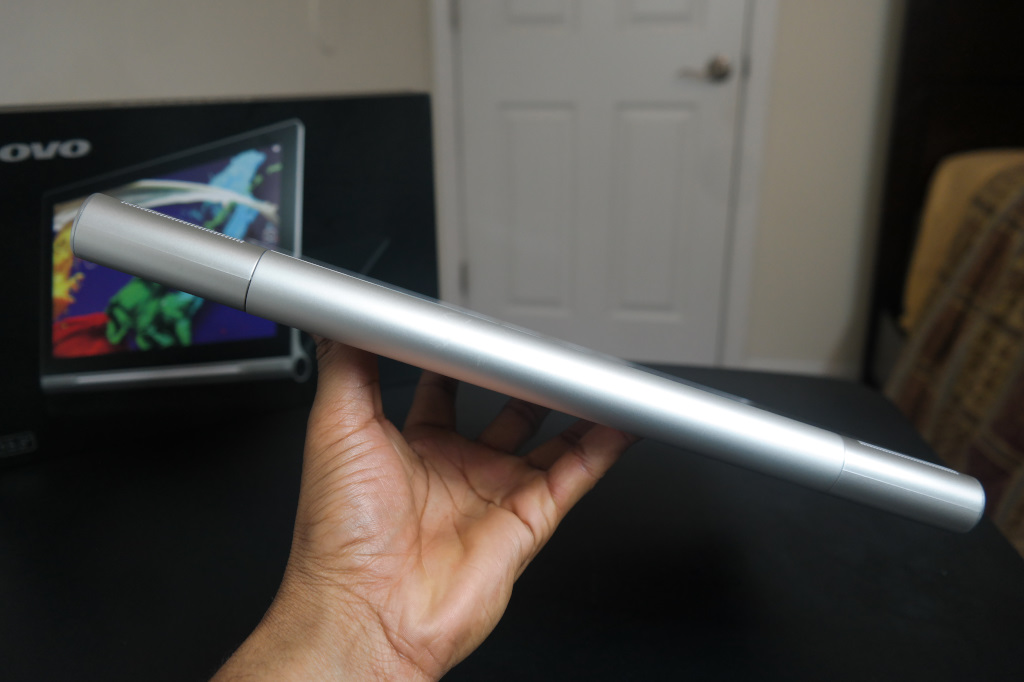 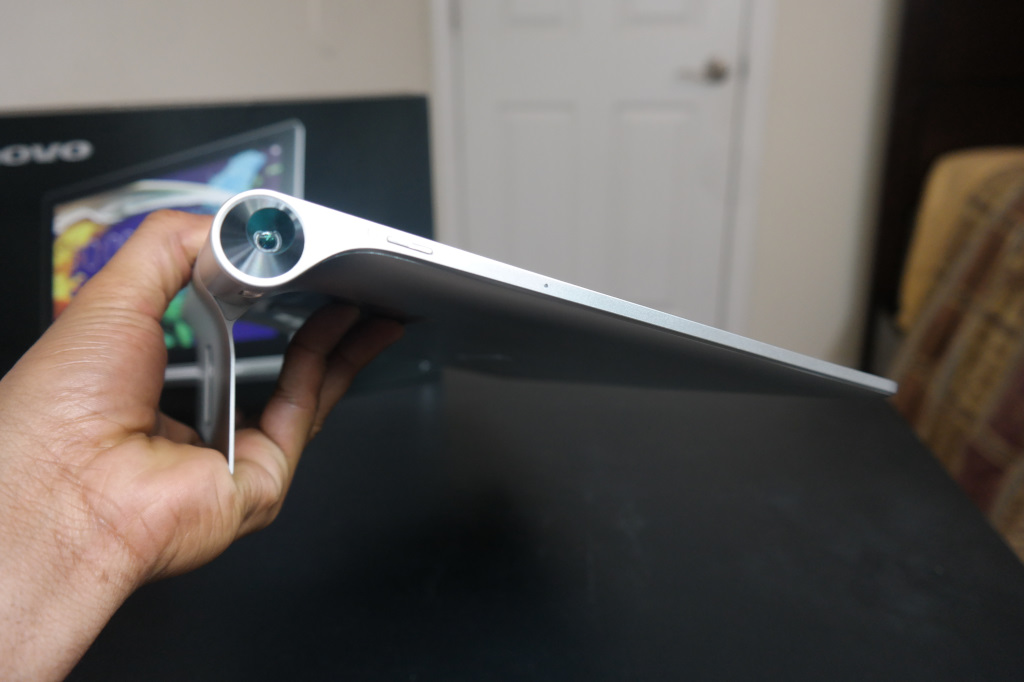