Android tablets are increasingly becoming harder to discern from each other as devices running the software have become ubiquitous in the market today. Software aside, the generic looks of most Android tablets has been the main contributor to the lacking of true innovation, however, Lenovo has taken the initiative to change the status quo for Android tablets and incorporate a functional design aspect to the Lenovo Yoga 10 HD + Tablet.

For starters, this is an upgrade from the base HD model. The + stands for an increase in screen resolution; from 1280×800, to 1920×1200. Internally, the processor has also seen a bump with the addition of a Snapdragon 400 Quad-Core processor on board. Ram has been increase from 1GB to 2GB all the while maintaining it’s beast like battery of 9,000mah. The culmination of all these specs add atop of the success of the original Yoga Tablet. Battery life is incredible;giving me up to 22 days of average usage, which is ironic because the tablet is running Lenovo’s custom skin atop Android. The camera on the rear has been upgraded to 8 megapixel and does a decent job of producing photos and video. The Dolby Digital surround speakers in the front product high quality sounds and above average bass levels. Lenovo provides a custom application to adjust the levels according to your personal preference.

The custom UI of the tablet isn’t anything to speak highly about. It does offer features such as “true multitasking”, which borrows the idea from Samsung of snapping applications together side by side. It works rather well and only adds to the user experience. Other than that, the UI looks unrefined and kid like; similar to the old TouchWiz. But one thing is for sure, it doesn’t impede on the battery life of the device. The kickstand hasn’t changed with this model, which means it still carries the same benefits and flaws of the original design. Due to the stand being oddly short, tilting the tablet at certain  angles will cause it to fall over with the slightest of touches. But if you get the angle right, the viewing experience is quite enjoyable, especially with the bump in screen resolution.

For $349, you can’t go wrong with the Lenovo Yoga 10 HD+ Tablet. Perfect screen size with decent screen resolution. INSANE battery life that will get you through the work week with little to no issues, and added software enhancements make the device stand apart from the rest of the generic android tablets in this price range. Thumbs up for the Lenovo Yoga 10 HD+ Tablet. 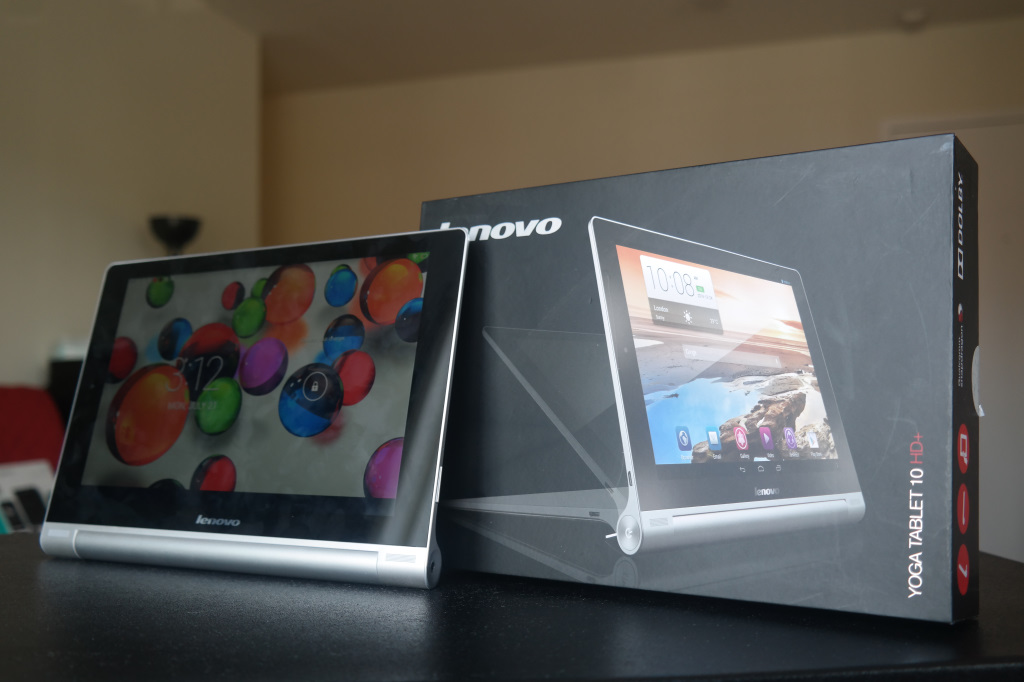 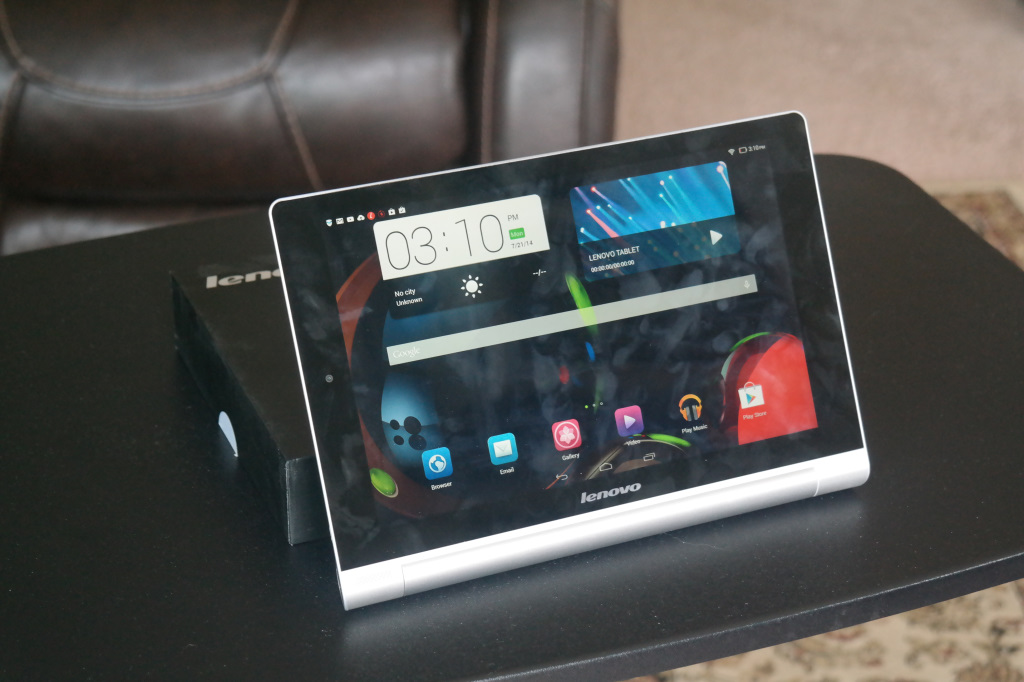 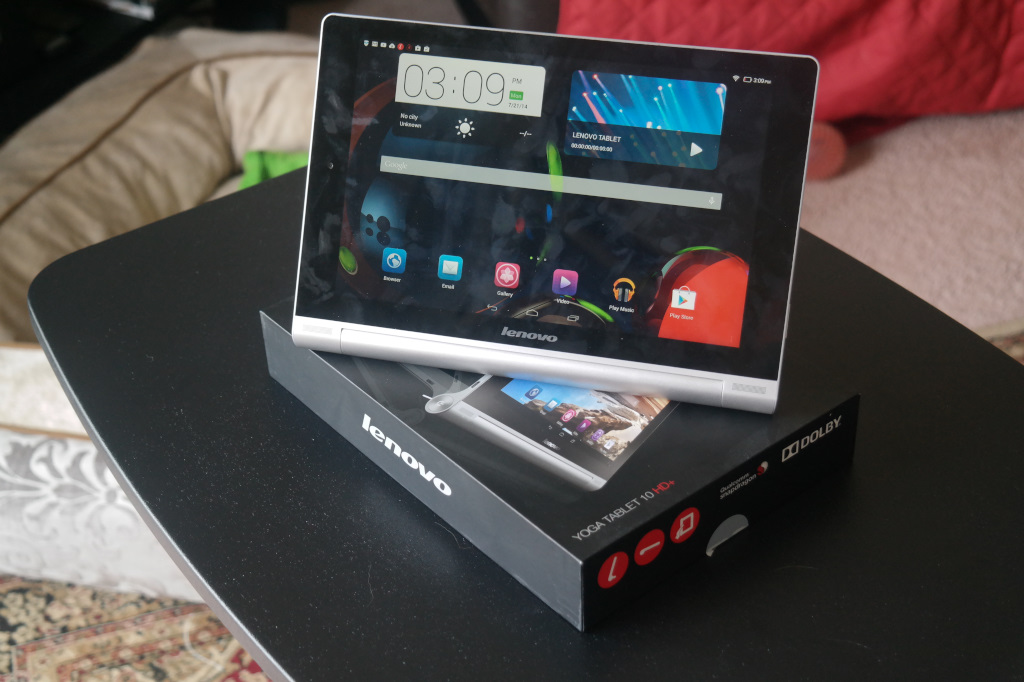 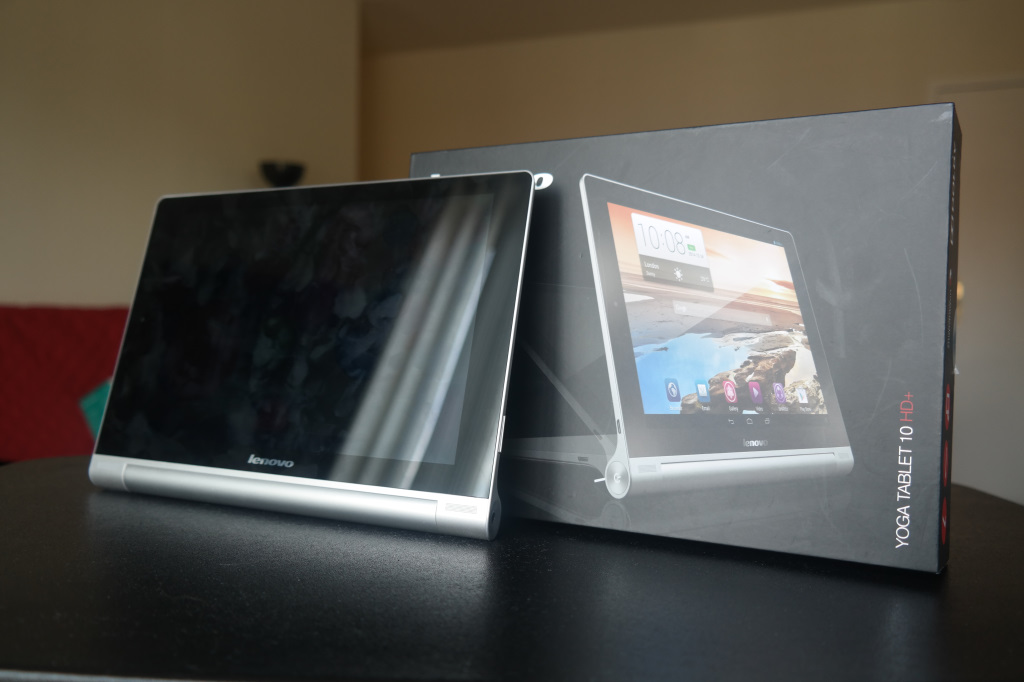 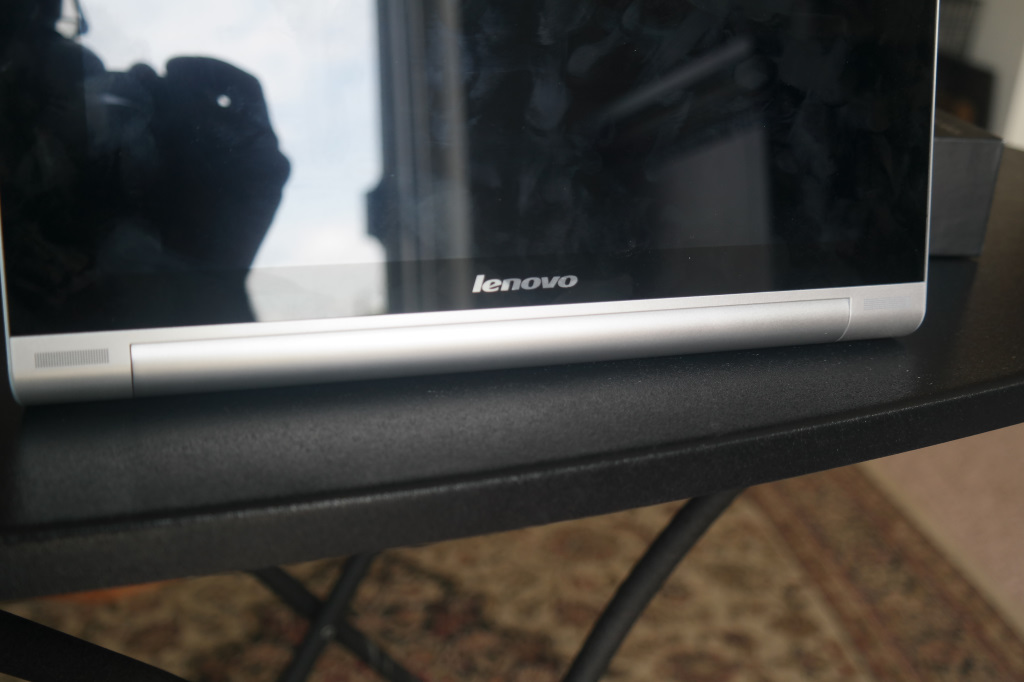 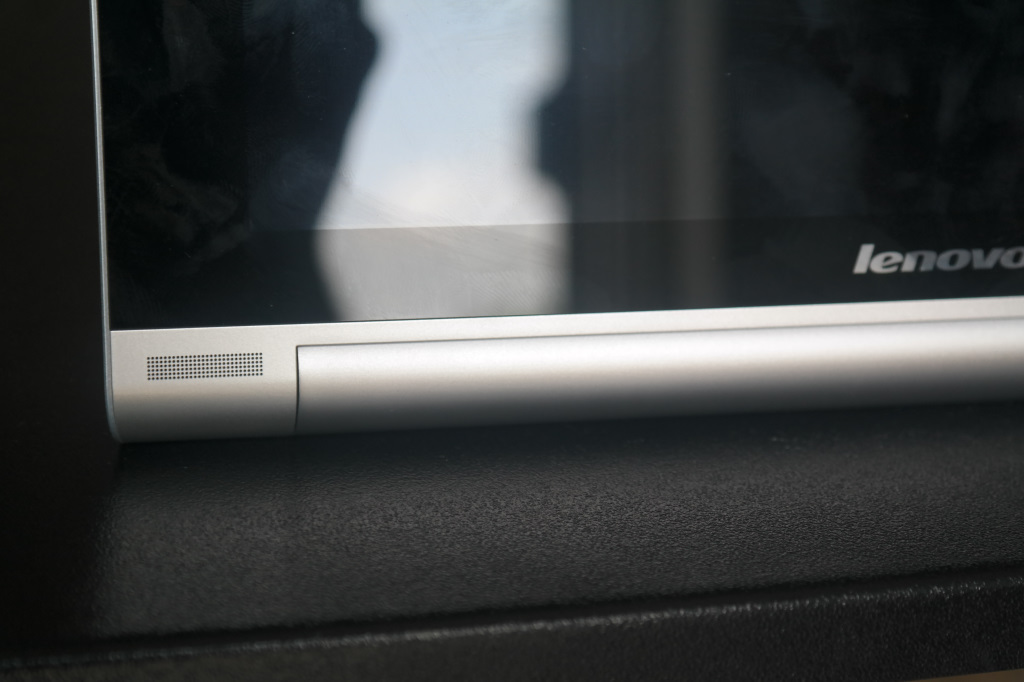 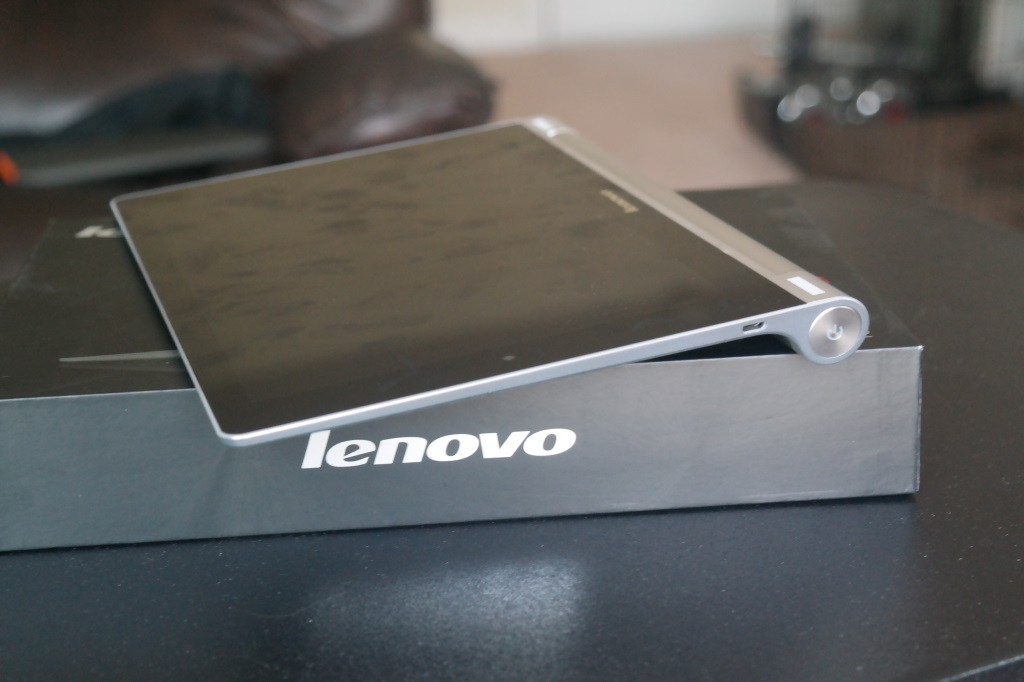 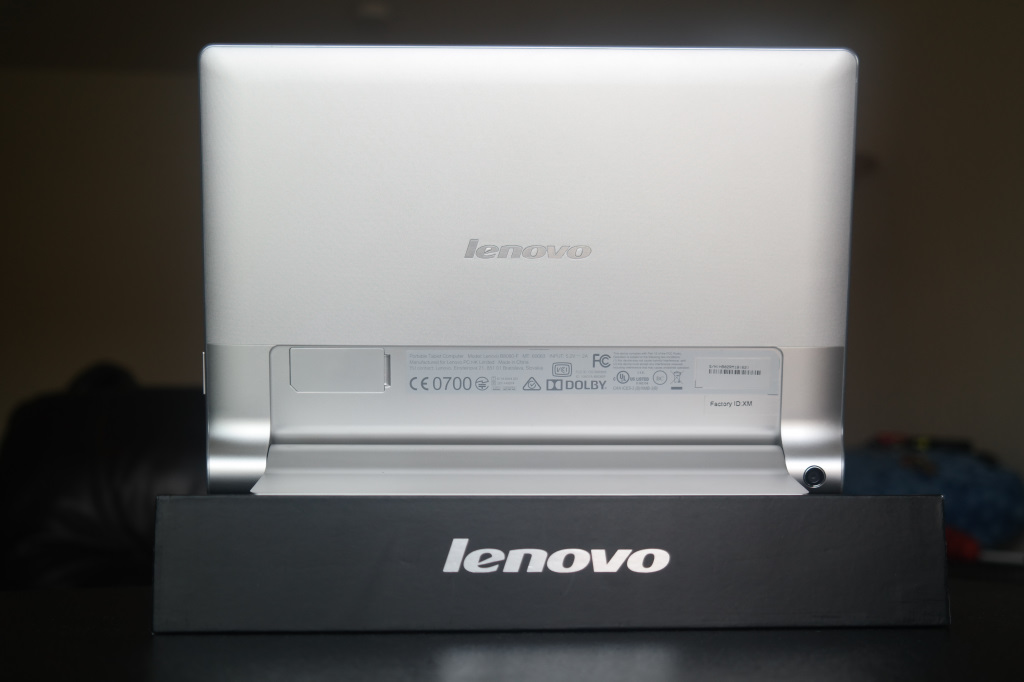 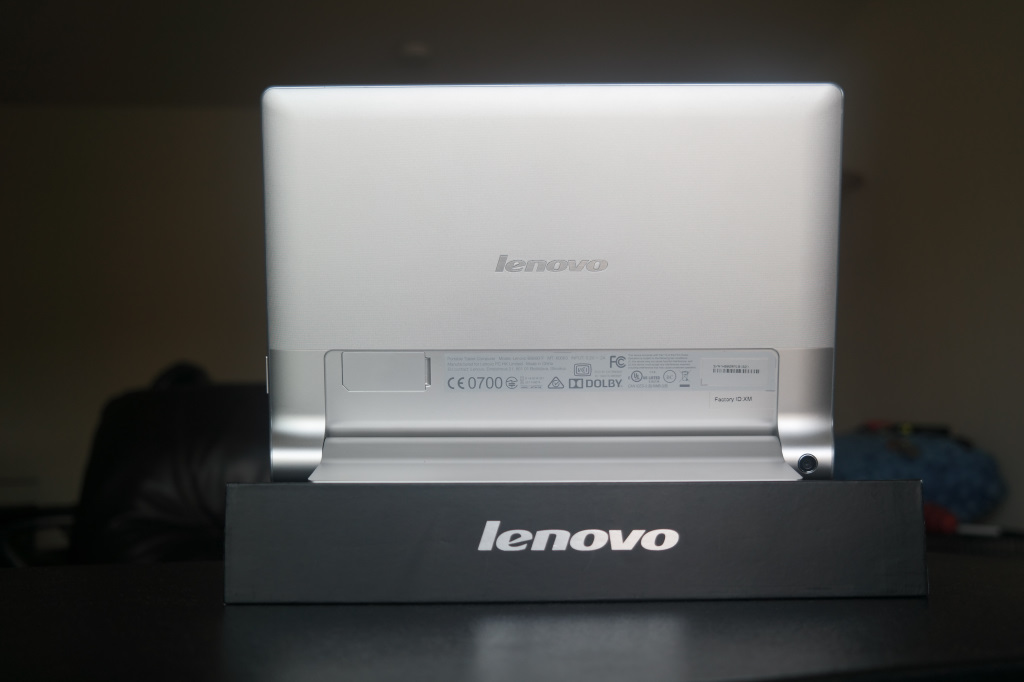 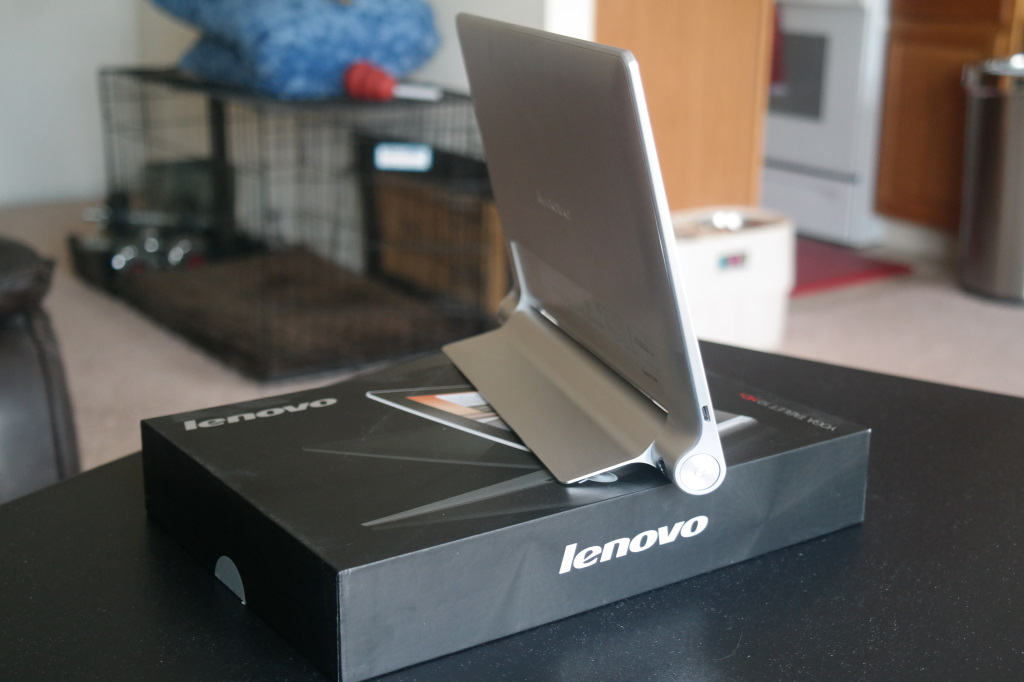 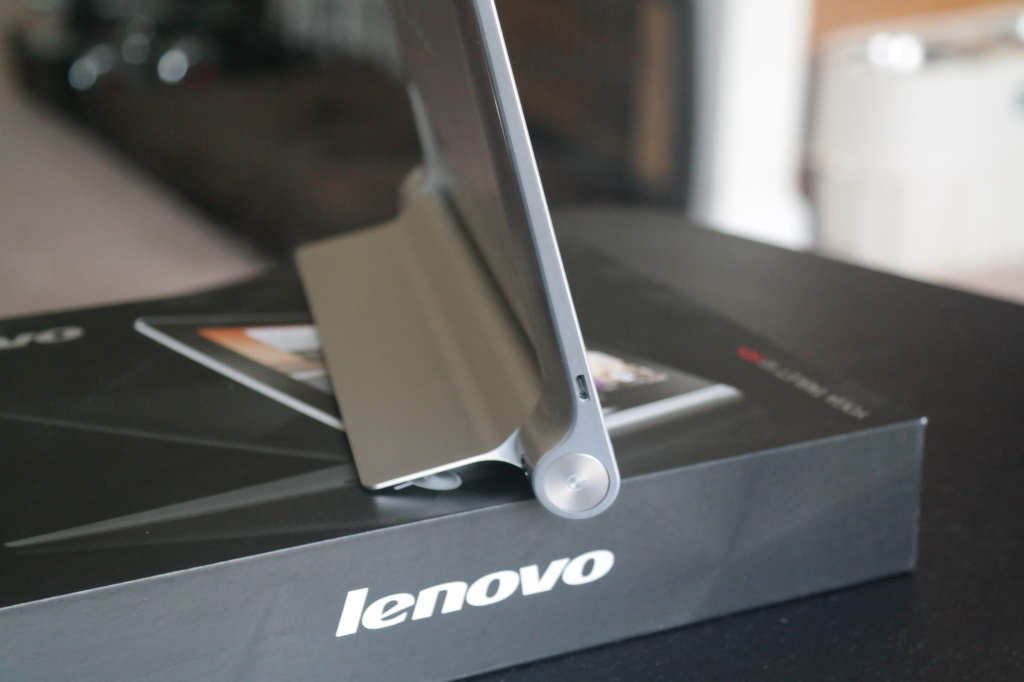