Home›Gaming›Lenovo is taking us to a Galaxy Far, Far Away with Star War: Jedi Challenges

Lenovo is taking us to a Galaxy Far, Far Away with Star War: Jedi Challenges

Lenovo and Disney today unveiled Star Wars: Jedi Challenges, a new augmented reality Star Wars product that allows fans to experience Star Wars in ways never before possible. Jedi Challenges features a smartphonepowered Lenovo Mirage AR headset, Tracking Beacon, Lightsaber controller, and hours of Star Wars gameplay.[1] Jedi Challenges is being unveiled as part of Force Friday II (September 1), which celebrates the worldwide launch of new Star Wars products, and will be available for preorder for $199.99 at Best Buy and Lenovo online, beginning Force Friday II. The product is compatible with both Android phones and iPhones, and will be available this holiday season.

“With Star Wars: Jedi Challenges, Lenovo and Disney are bringing Star Wars to fans in ways they could previously only imagine,” said Jeff Meredith, Senior Vice President and General Manager of Lenovo Consumer PCs & Smart Devices. “Augmented Reality has always been an important part of Star Wars, and it’s exciting to bring these key moments to life by marrying Lenovo technology with Disney’s storytelling.”

Players will hone their Jedi talents across a variety of augmented reality-based experiences, each offering multiple levels of deep and immersive gameplay. To guide the player on this journey, Jedi Challenges will introduce an all-new Star Wars character, the Archivist. The Archivist instructs players in the ways of the Force™ and the knowledge of the Jedi. Throughout these challenges, users will train to perfect their lightsaber skills by taking on some of the most menacing villains the dark side has to offer, command armies in combat missions to defeat the Empire, and outwit their opponents in Holochess, all in augmented reality.

“We believe augmented reality will usher in a new era of storytelling and play an important role in the experiences we create for our fans,” said Kyle Laughlin, Senior Vice President, Games and Interactive Experiences, Disney Consumer Products and Interactive Media. “With Star Wars: Jedi Challenges, we’re bringing together the latest technology and one of the most recognized franchises in the galaxy to fulfill the wishes of anyone who’s ever wanted to wield a lightsaber or take on the empire forces on the battlefield.” 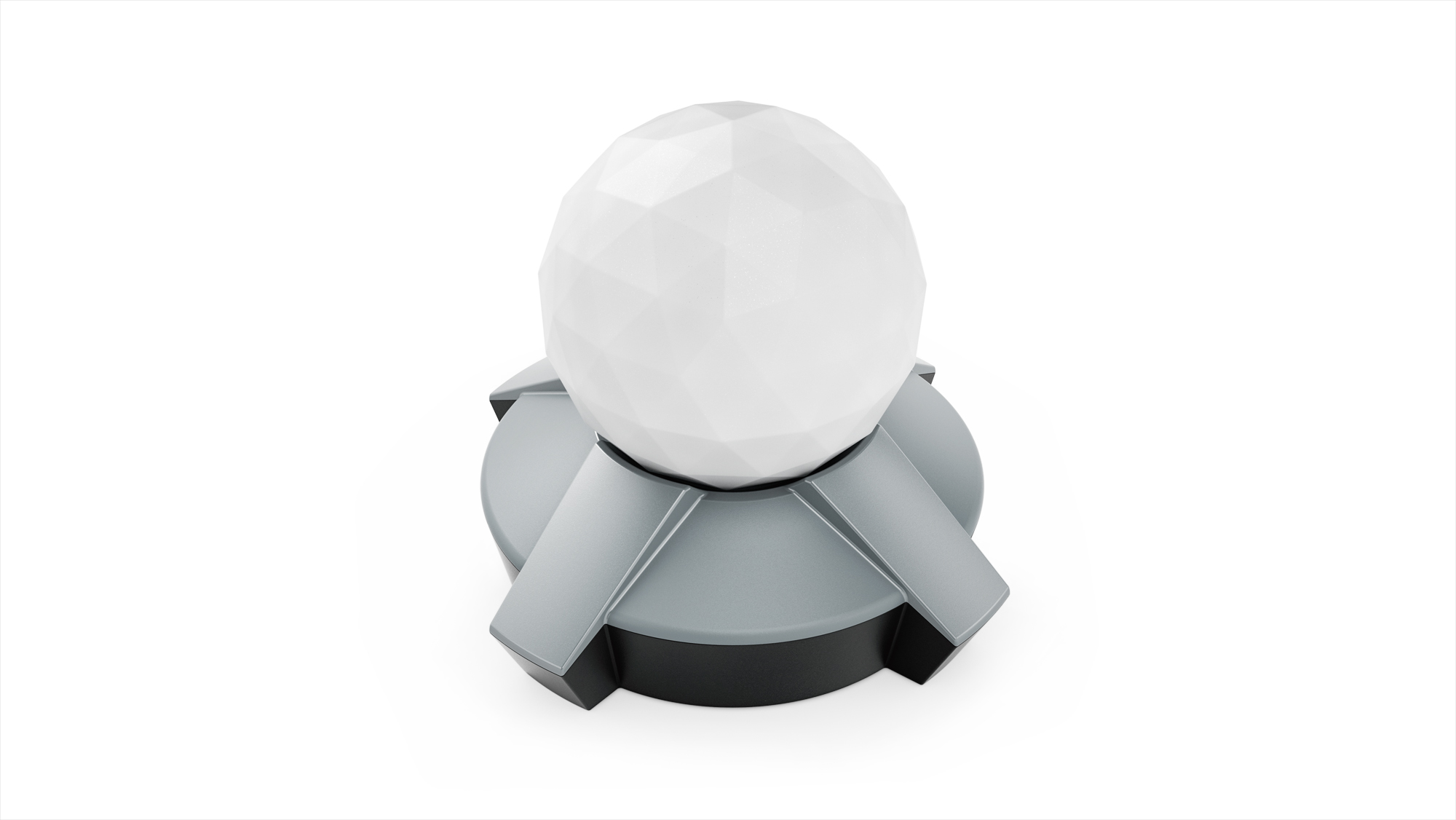 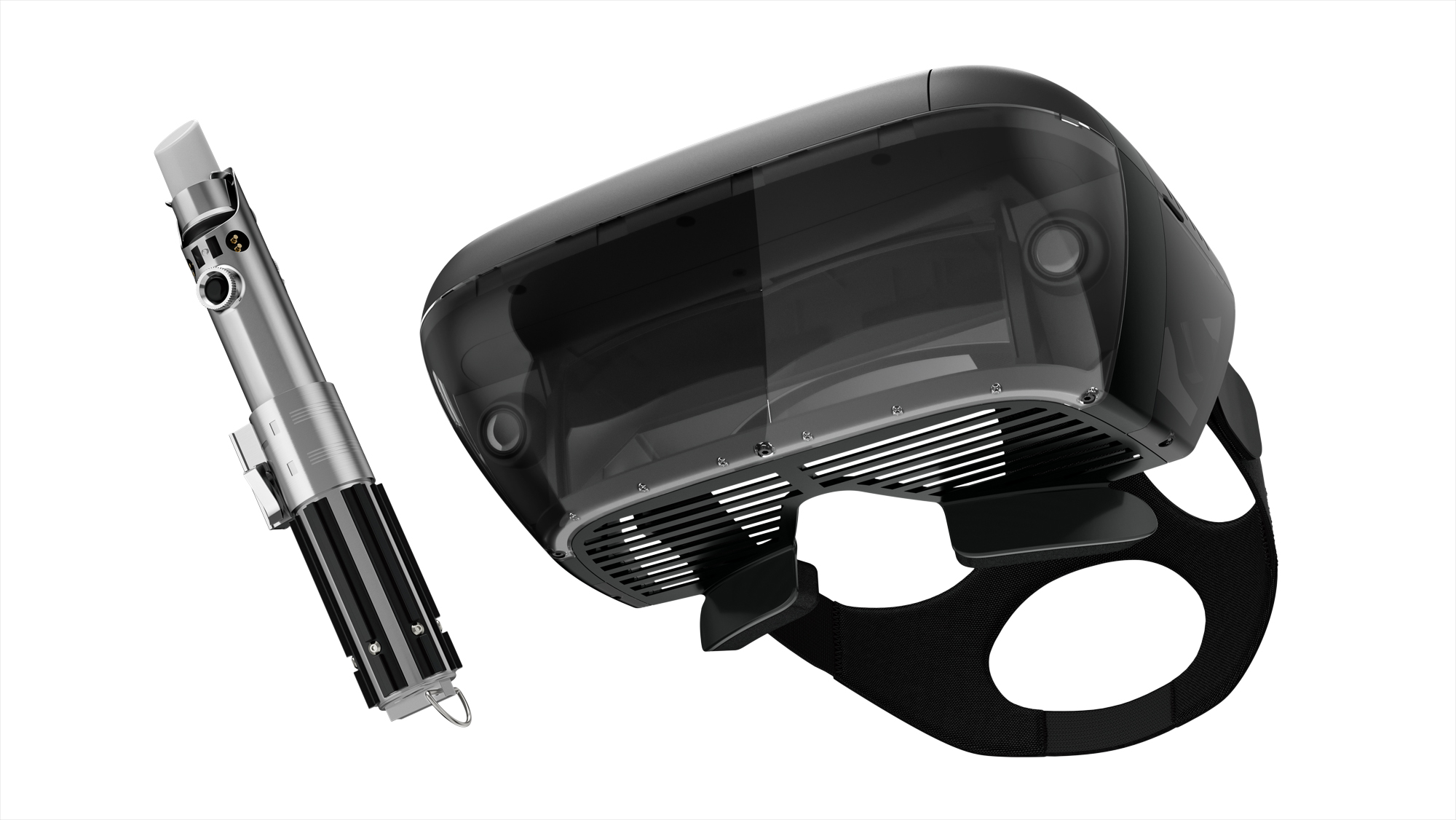 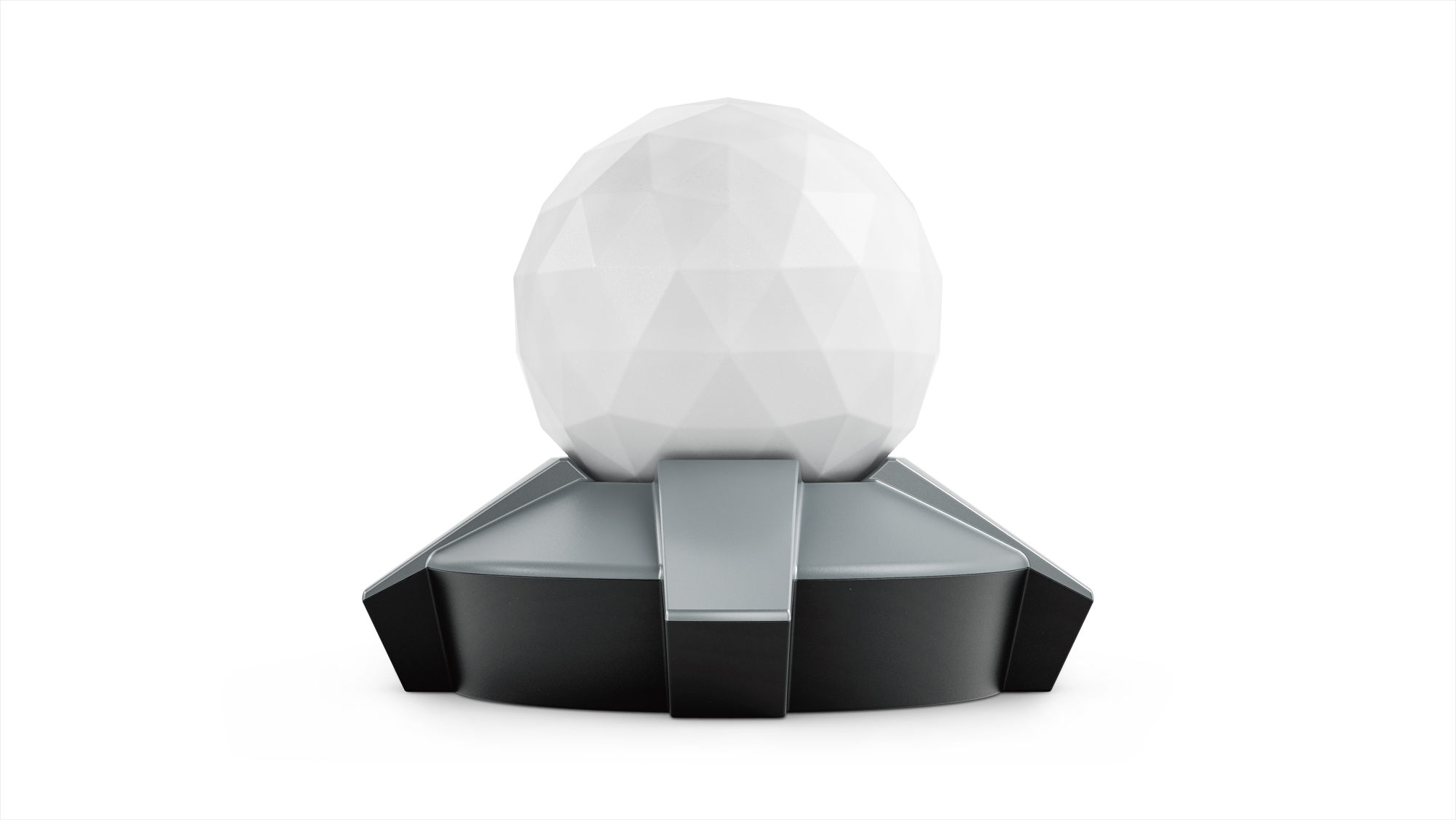 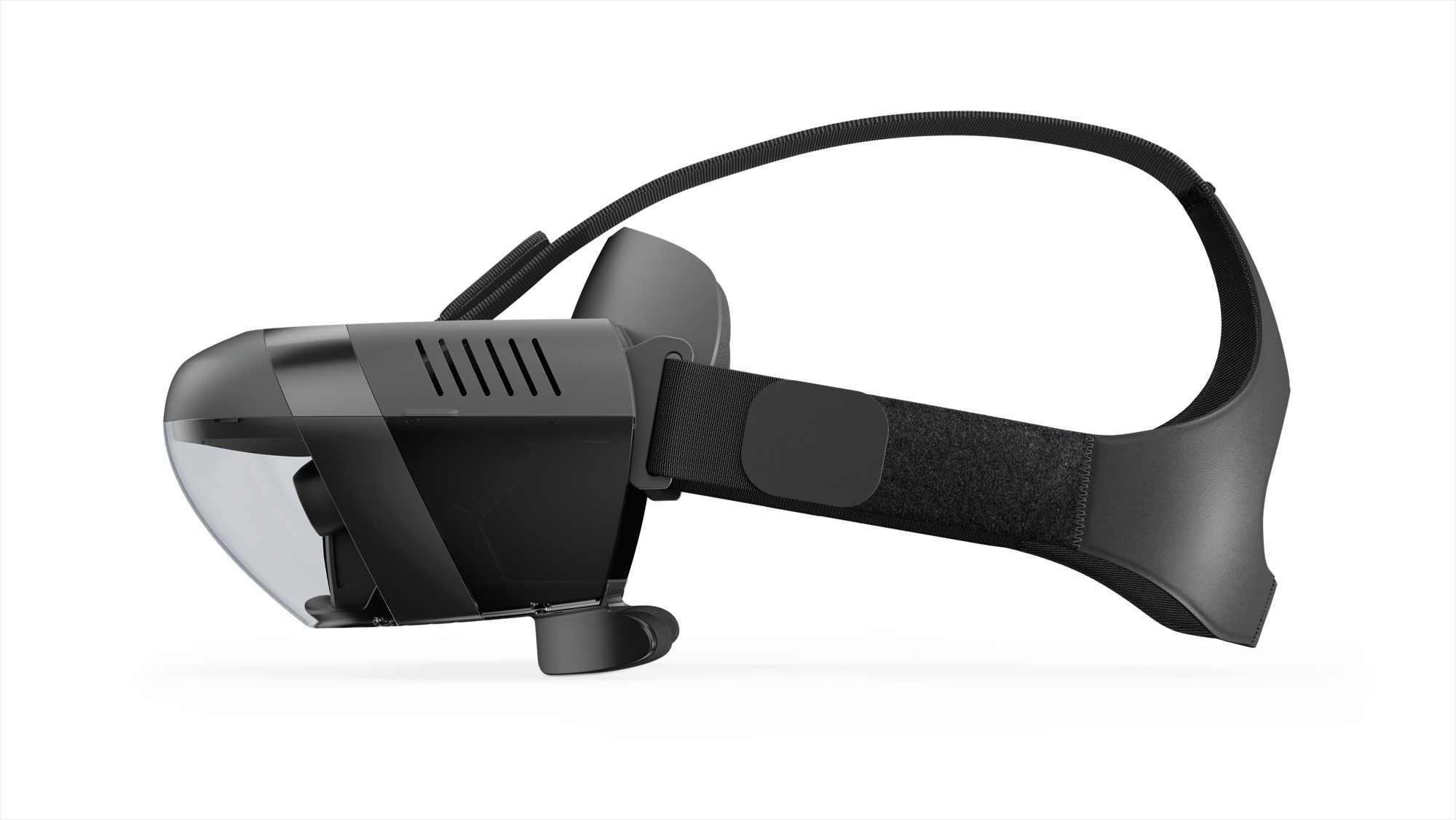 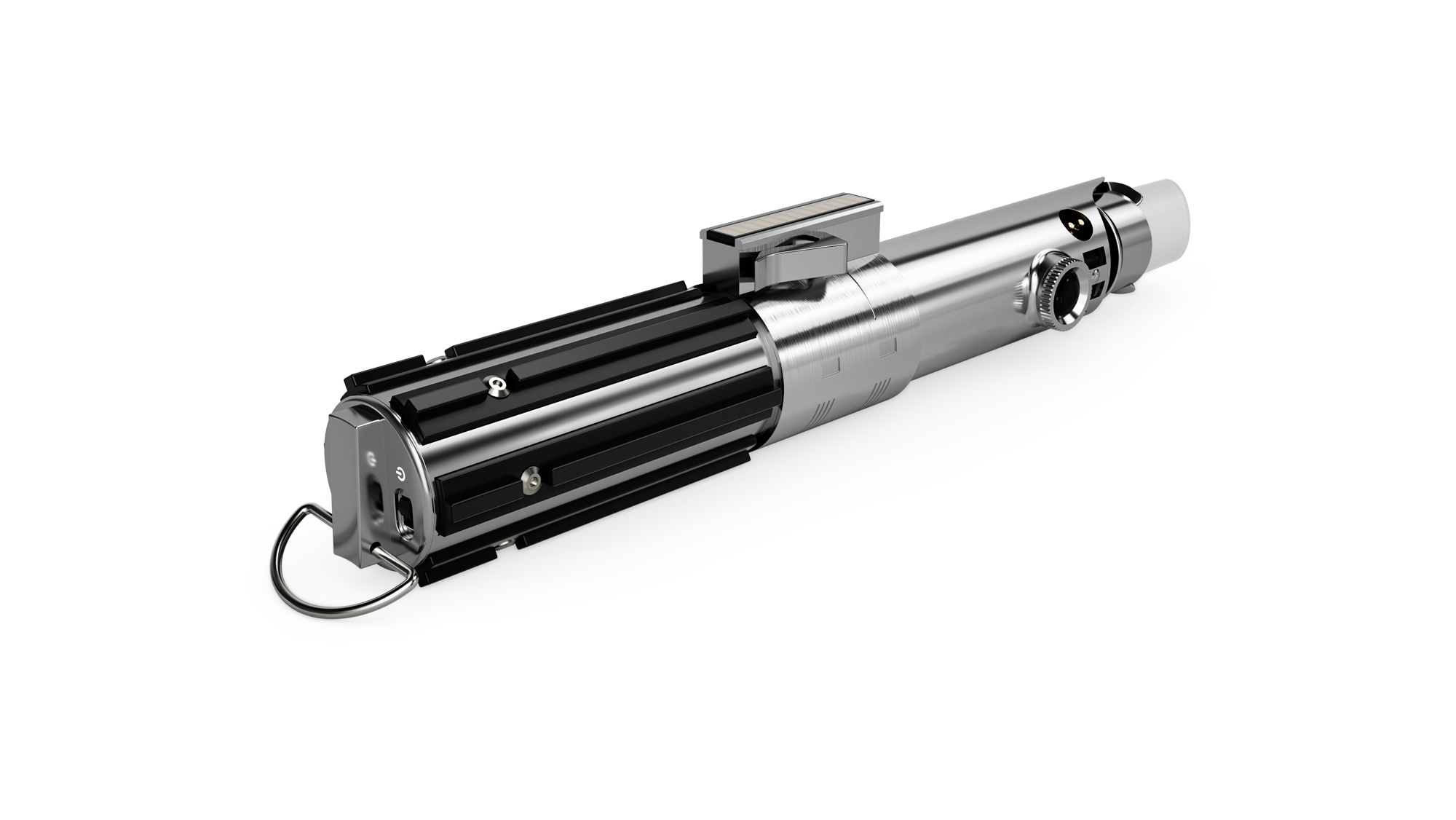 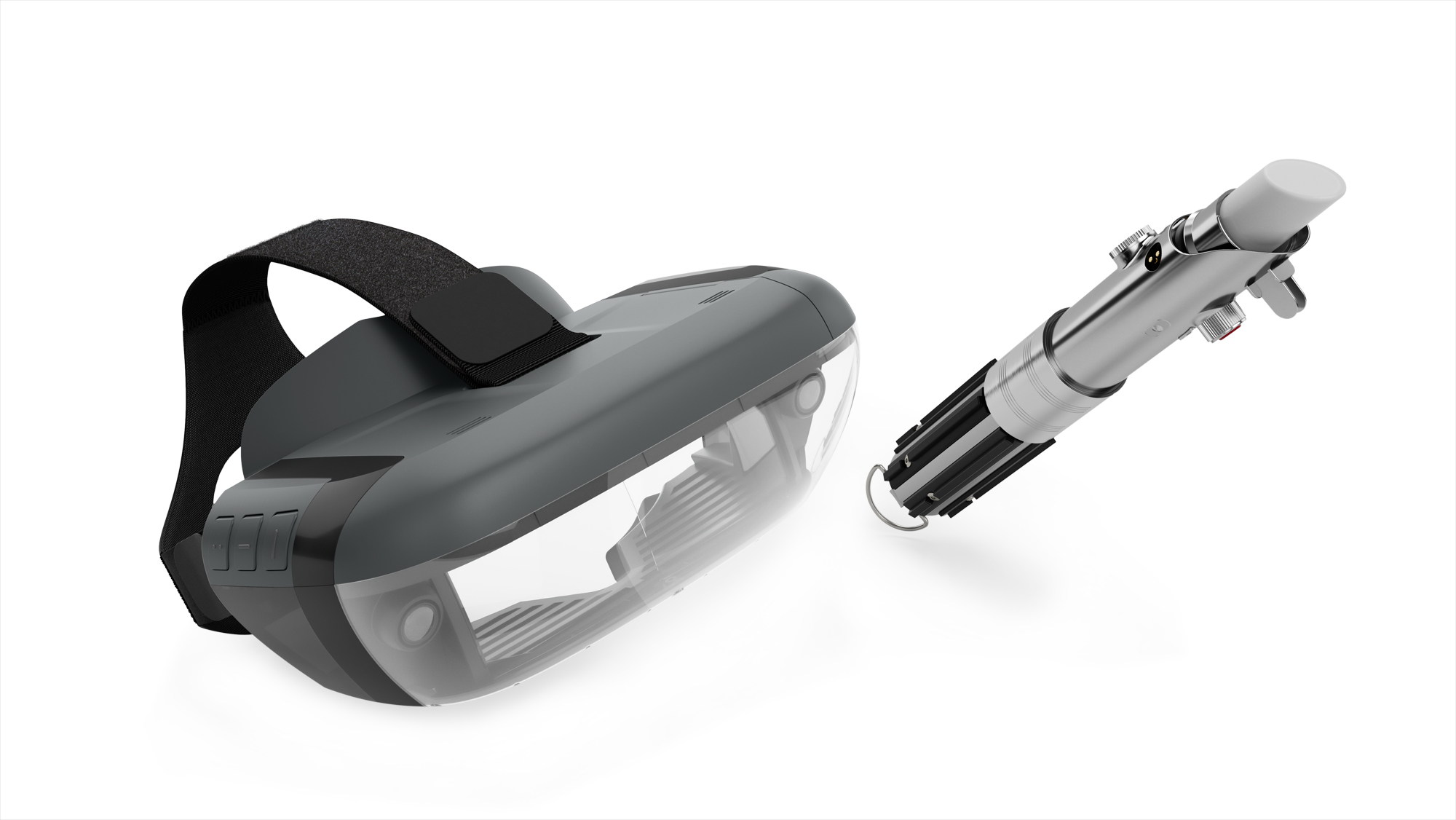 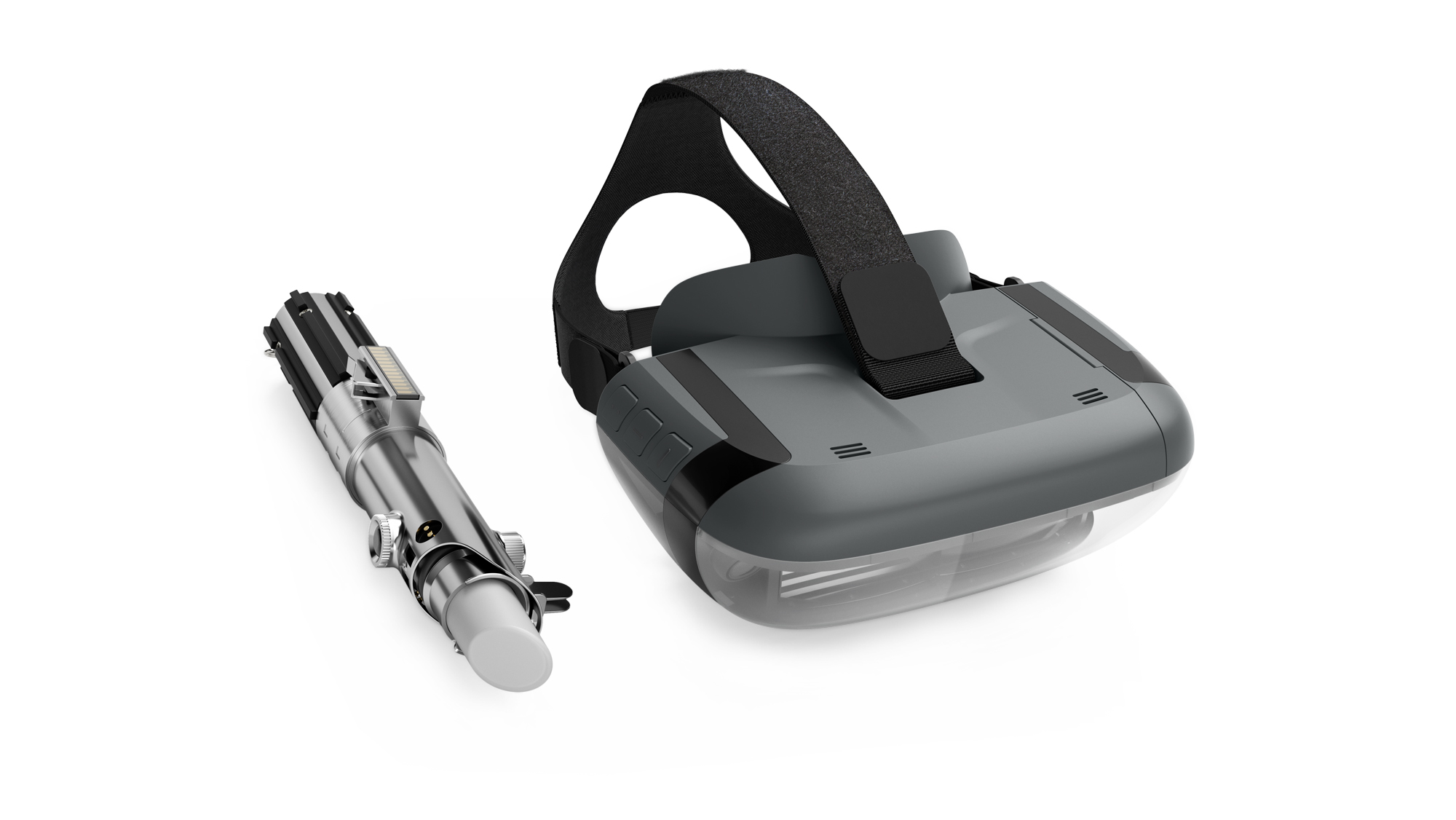 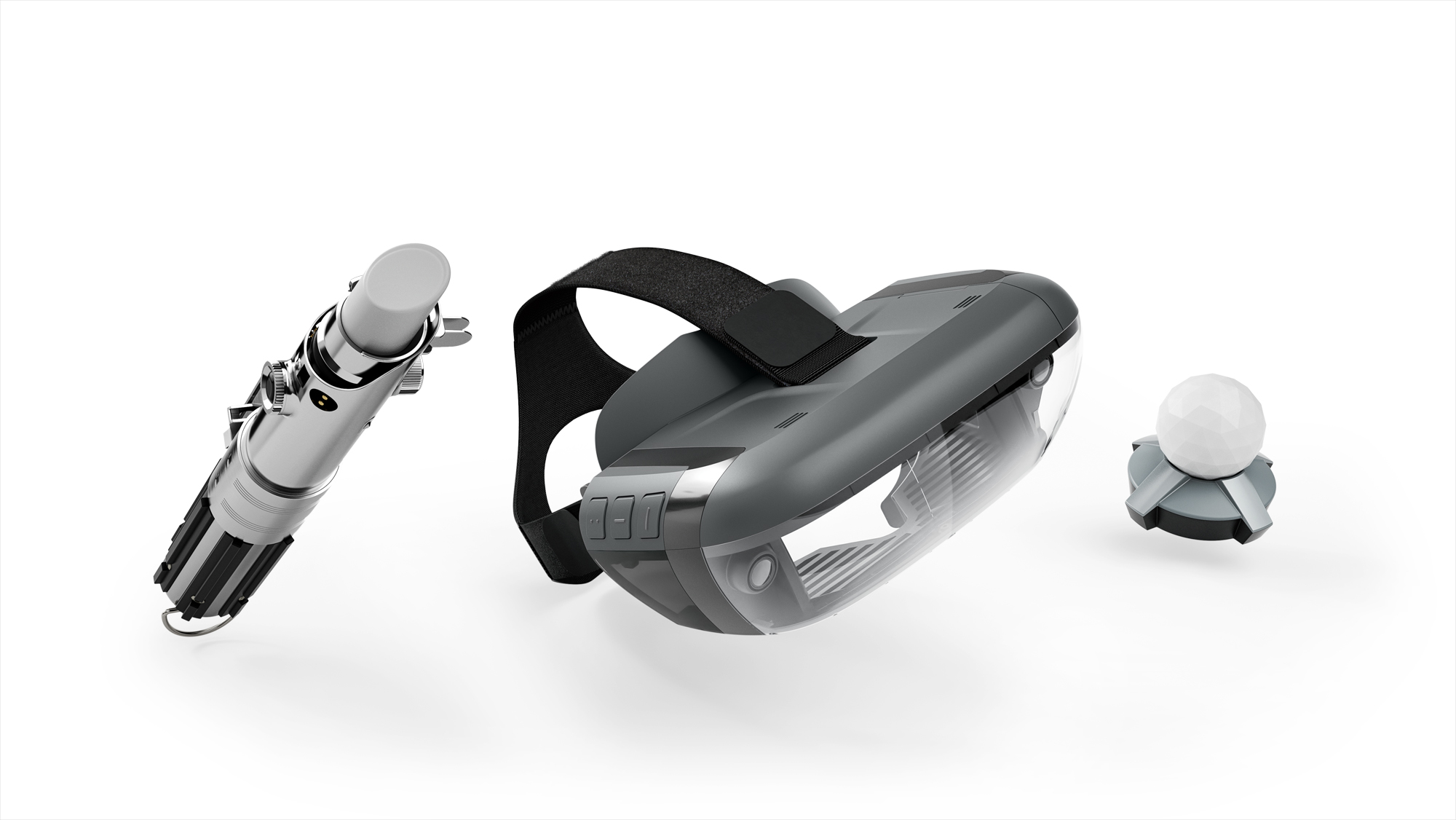 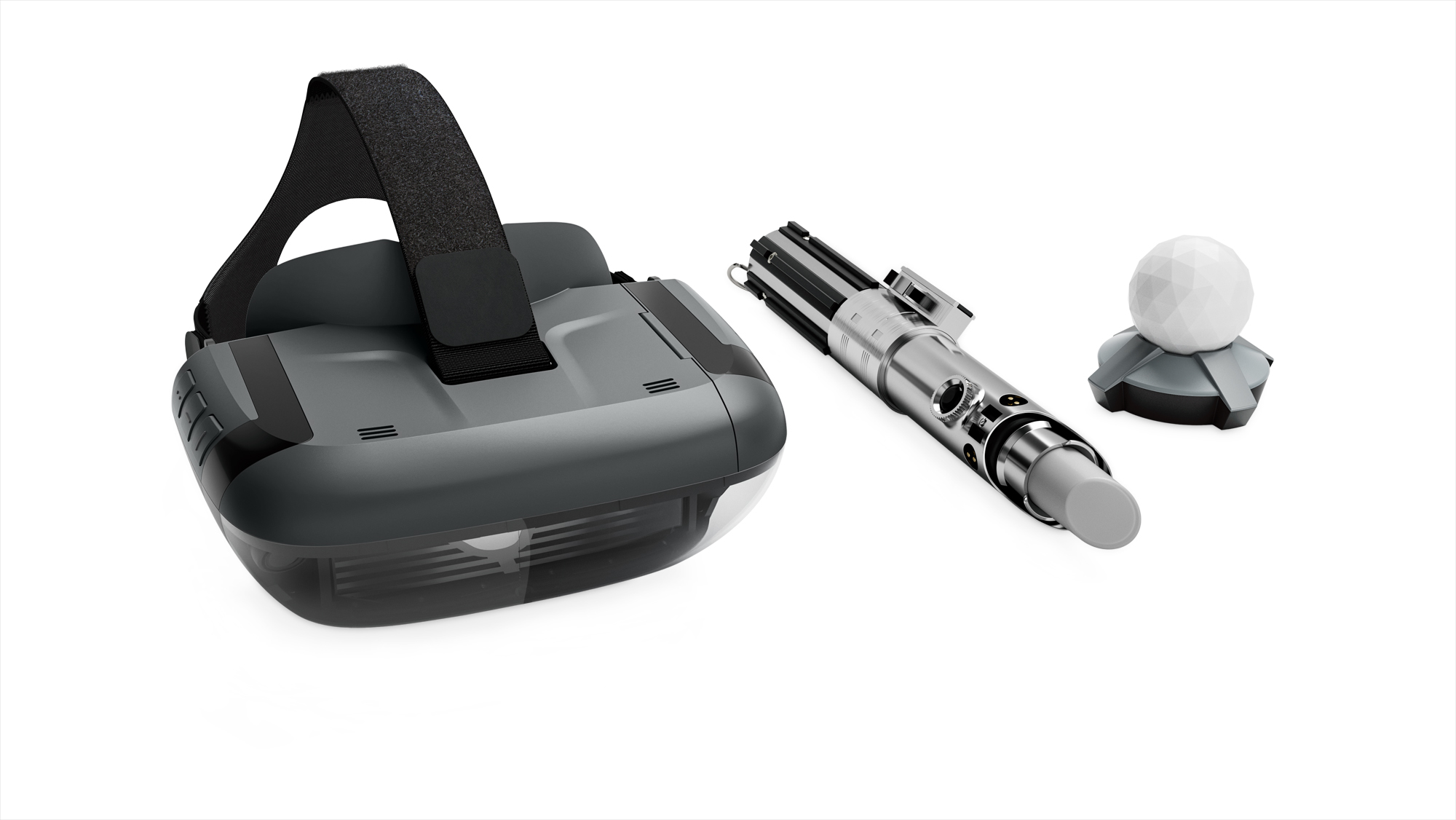 Users start by downloading the Star Wars: Jedi Challenges app[2] onto their compatible phone and sliding the phone into the tray of the Lenovo Mirage AR headset. Sleek, portable and lightweight, the Lenovo Mirage AR headset will provide full gaming immersion with an optimal level of comfort during gameplay. The headset also comes with a Tracking Beacon, which is placed on the floor and acts as a stable base for the headset’s sensors to detect the user’s movement during gameplay.

Equipped with two built-in fisheye sensors to provide inside-out positional tracking, the headset allows for free and natural motion for the player to move around as they duel opponents or direct their forces and pieces across the battlefield.

The headset pairs with a collectible-quality Lightsaber controller, modeled after the one wielded by Anakin Skywalker, Luke Skywalker, and Rey. Designed to be a key part of the experience, the Lightsaber acts as a controller and pointer, allowing players to navigate the user interface, with all controls, actions and commands activated with a simple two-button configuration.

Through visible light-tracking technology, the headset’s sensors work together to lock onto the position of the Lightsaber controller, allowing players to see a beam form above the “hilt,” which they can use to block and interact with the universe in-game. Haptic feedback is activated as players strike or block their opponents, while an inertial measurement unit sends rotational information from the controller to the smartphone to assist the beam in remaining stable midswing.

Pricing and availability for Star Wars: Jedi Challenges will vary from country to country and the product will be available beginning in November in certain markets.

In the US, Star Wars: Jedi Challenges is $199.99 and will be sold on BestBuy.com and at Best Buy stores nationwide starting in November.

Lenovo (HKSE: 992) (ADR: LNVGY) is a $43 billion global Fortune 500 company and a leader in providing innovative consumer, commercial, and enterprise technology. Our portfolio of highquality, secure products and services covers PCs (including the legendary Think and multimode Yoga brands), workstations, servers, storage, smart TVs and a family of mobile products like smartphones (including the Motorola brand), tablets and apps. Join us on LinkedIn, follow us on Facebook or Twitter (@Lenovo) or visit us at www.lenovo.com.

Disney Consumer Products and Interactive Media (DCPI) is the business segment of The Walt Disney Company (NYSE:DIS) that brings our Company’s stories and characters to life through innovative and engaging physical products and digital experiences across more than 100 categories, from toys and t-shirts, to apps, books and console games. DCPI comprises four main lines of business: Global Licensing, Disney Retail, Publishing and Digital Media, and Games, Apps, and Labs. The segment is home to world-class teams of app and game developers, licensing and retail experts, a leading retail business (Disney Store), artists and storytellers, and technologists who inspire imaginations and bring the magic of Disney into the daily lives of families and fans around the world.

Star Wars: Jedi Challenges is the latest example of Disney and Lucasfilm bringing augmented reality experiences to Star Wars fans. The product is being unveiled on Force Friday II

(September 1), which marks the worldwide launch of new Star Wars products. As part of Force Friday II, Disney and Lucasfilm are launching Find the Force, a global augmented reality treasure hunt that will span three days. Find the Force aims to unite fans around the world in a unique battle against the dark side, and will take place at over 20,000 retail locations across 30 countries.