Fitbit has become a staple in the fitness community as being a reliable and pocket friendly way of keeping track of your basic fitness needs. As the company has continued to grow, they have branched out and made even more advanced devices for customers who aren’t shy about dishing a few more dollars to add to the their fitness shortcomings. The Fitbit Blaze is a device that Fitbit is marketing as a “smarter” fitness band, but not a smart watch. Truth be told, this is the perfect way to sum up the device and focusing mainly on the fitness aspect of the band, we can see how Fitbit has truly made decent strides to make the fitness feature set more prevalent and user-friendly than ever before.

When the Fitbit Blaze was showcased at CES 2016, initial impressions where rather blah. Everyone in there right mind couldn’t help but draw similarities with the Apple Watch from a design aesthetic and most people, including myself, thought the modular design (fitness band and standalone unit) was a bit gimmicky, if not practical in its everyday use. I’ll be the first to say I was completely wrong.

Starting with the band, it is made out of similar materials to that of the Fitbit Surge, but feels a bit more fine tuned to feel perfect on the skin. The frame used to house the main unit is made out of a light metal that thus far a held up well to general wear and tear. The place holder buttons for the unit are firm and don’t feel cheap in nature. The metal frame can be detached and attached with a simple lever mechanism on each side of the band. This is where the customization (and give FitBit more of your money) comes from with leather, metal, and different color band options.

The main unit which we’ll dub the “hub” for review purposes is also light weight and is rather thin for all that it can do in the bio-metric department. Once placed in the housing frame, the entire device comes off as geeky, but stylish. Kudos to the FitBit team for thinking outside the box here. The only design flaw I found had to do with charging the device. The hub must be removed from the frame every 5-7 days, and then put into a cheap, almost comically cheap, charging cradle. If FitBit cut corners to make the device affordable, it was definitely done using the charging cradle as a scapegoat.

FitBit is not known as a UI/Software company. The majority of their devices have an interface kin to old school beepers displays with monochrome set as the look of choice. The Fitbit Blaze is the first color touchscreen device from them that deserves high praise. The UI is very quick and ubiquitous throughout my entire experience. Nothing seemed out-of-place and you can tell Fitbit did not try to do anything they knew they couldn’t do well. Clocks faces, up-to-date biometric data at a swipe, alarms, timer, settings, and basic music controls. That pretty much sums up the entire experience of the UI system.

There’s the occasional stutter here and there when logging exercises, but overall it’s a job well done by Fitbit. Touch sensitivity throughout my experience has been up and down and would definitely be something I would have to note as an issue, but an issue more or less than can be remedied with a software update. If anything, the hardware keys for power, music, and start/stop for certain actions works perfectly. I found myself using the hardware keys more so than the software keys during my workouts and everyday use.

The Fibit Blaze caused no issues in this section of the review. It fits snugly on the wrist and doesn’t have an encompassing footprint at all. The original press photos didn’t do the device justice as it’s not large and it’s weight can make you forget it’s actually there from time to time. Overall, I see no reason to not credit Fitbit for making a stylish and yet comfortable feeling wearable. Fitbit has come a long way from creating rashes on consumers skin with their products.

Like the majority of higher tiered wearables in this segment, battery life is about on par. 5-7 was a consistent level hit throughout my use, and if your intelligent with the way you charge the Blaze, you can make it so it will never actually die on you. Charging it while going in the shower (because it’s not fully water proof; like seriously Fitbit :/), while making breakfast, or taking a quick nap. You can tailor the battery life to your lifestyle versus tailoring your lifestyle on the device’s battery life. Some serious shade to the Apple Watch there.

I believe the Fitbit Blaze is the perfect fitness wearable for about 95% of consumers out there. Lacking GPS and IP water proof certification at this price range ($199) is kind of unacceptable, and most runners need the standalone GPS for their runs for tracking purposes. It does alienate some hardcore users out there, but not many. Fitbit stuck to their guns and double downed on the fitness capabilities, and fine tuned the entirety of the experience off of that. The Blaze is not a smart watch with a fitness centered feature set. It’s a fitness band with added smart features, but is still centered on fitness. Conclusion; buy the Fitbit Blaze. 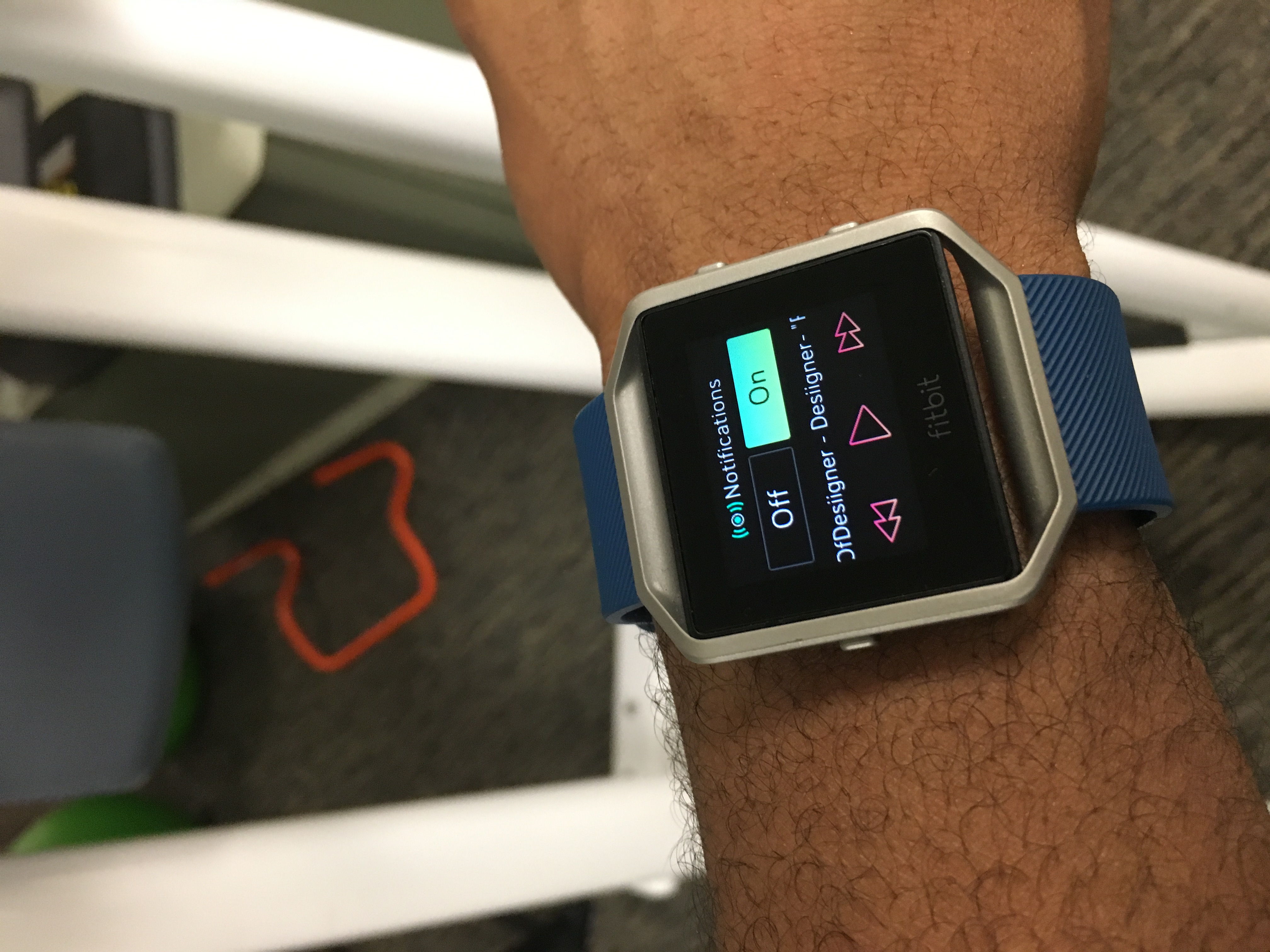 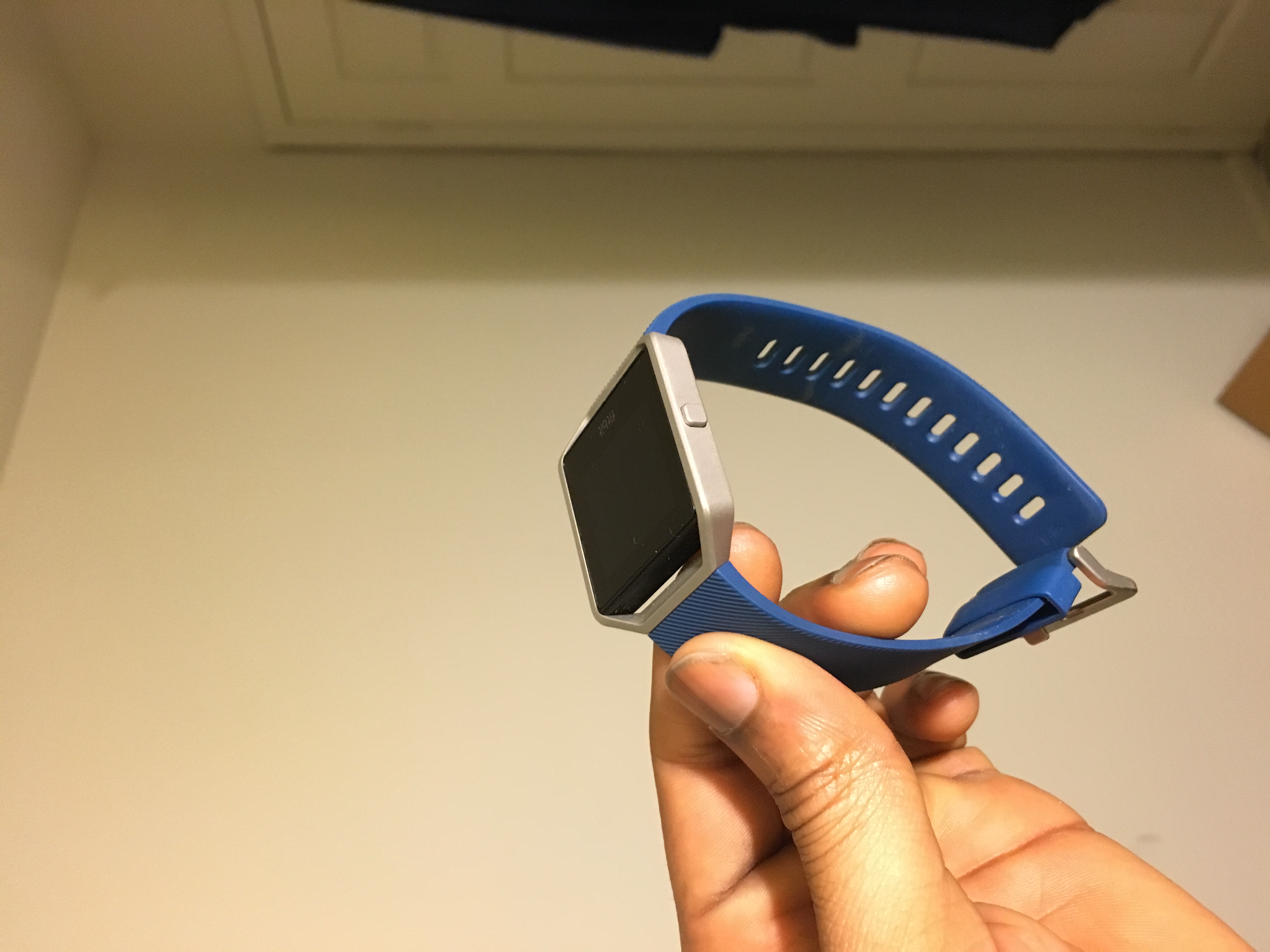 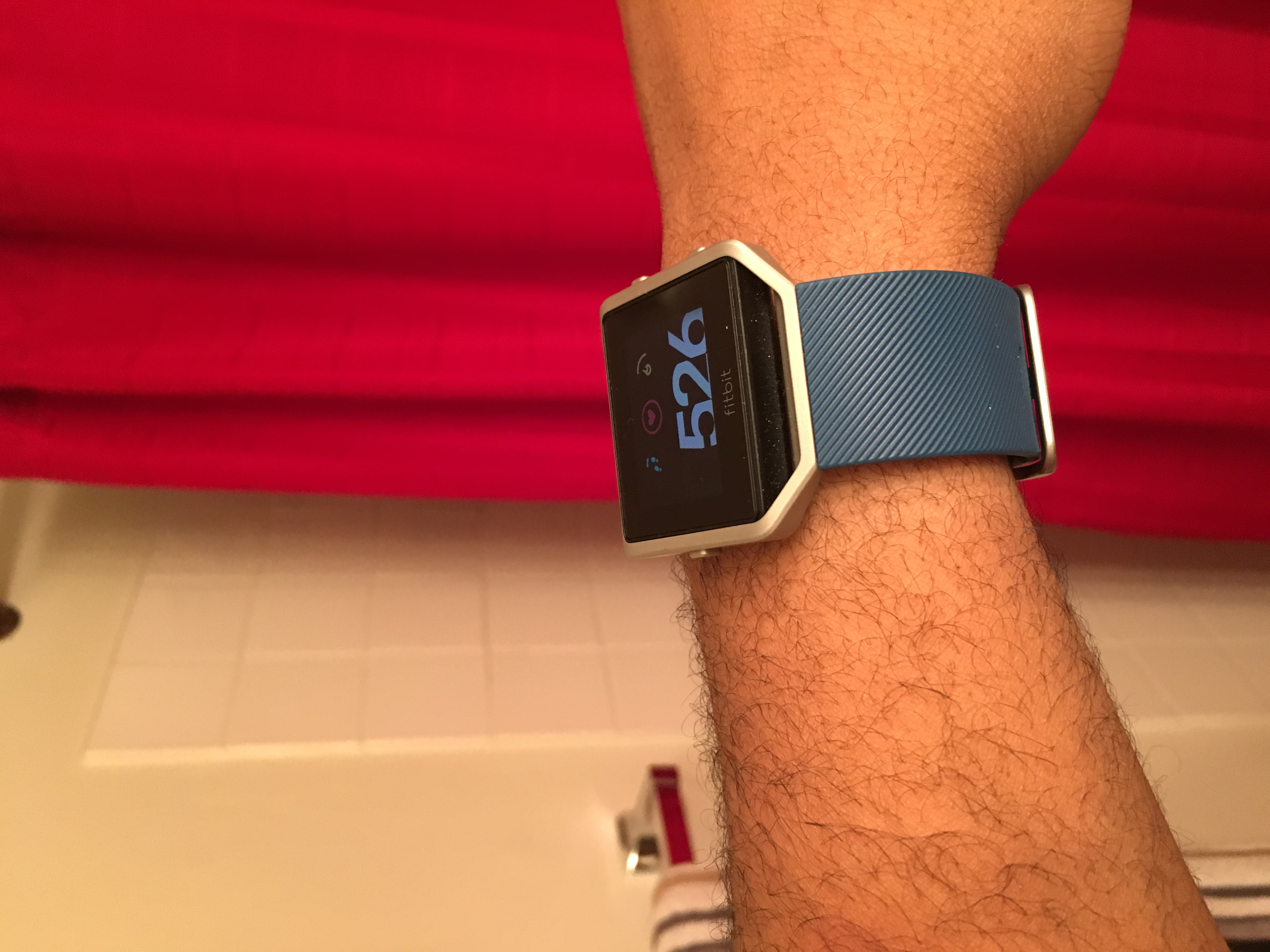 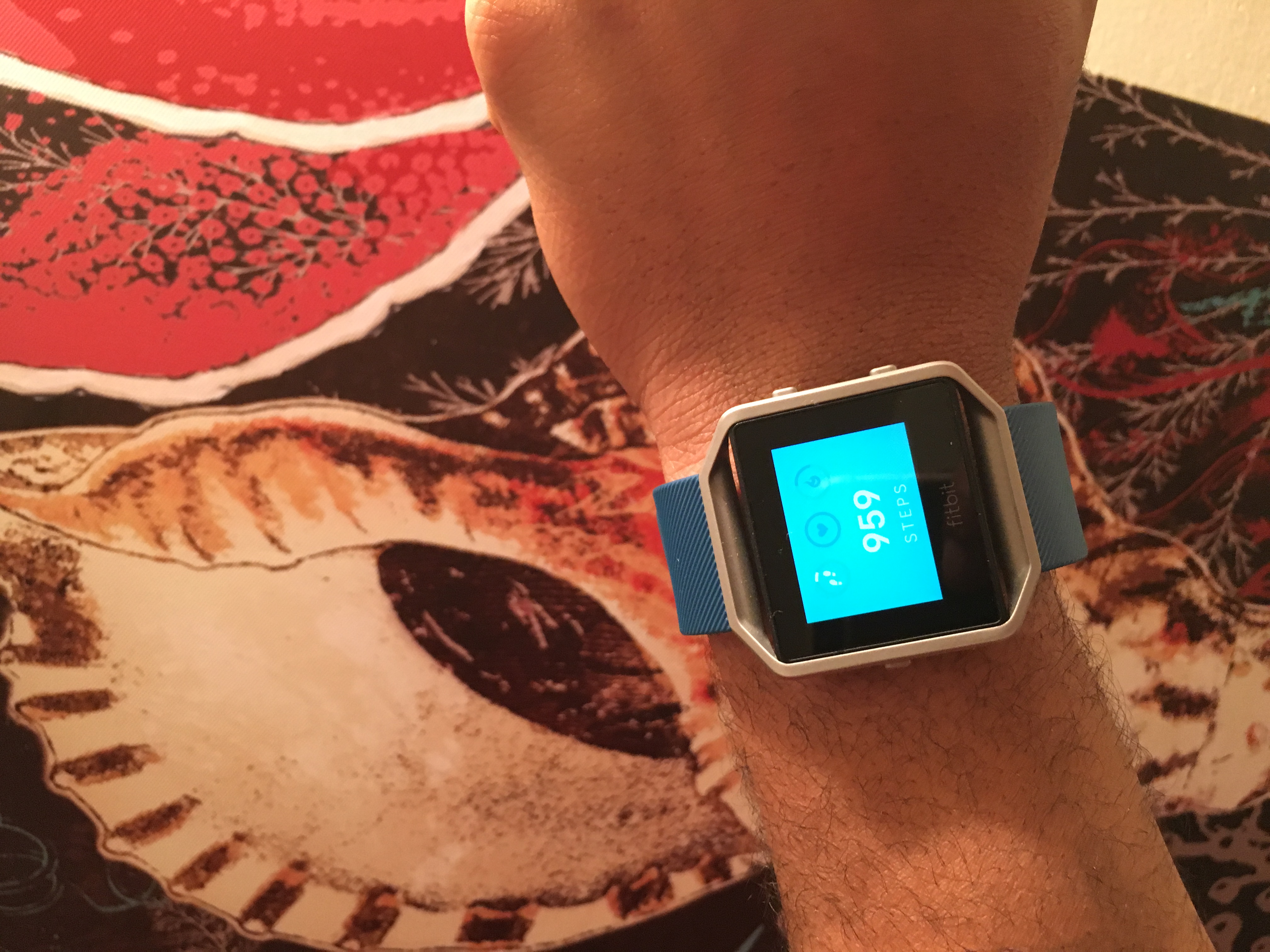 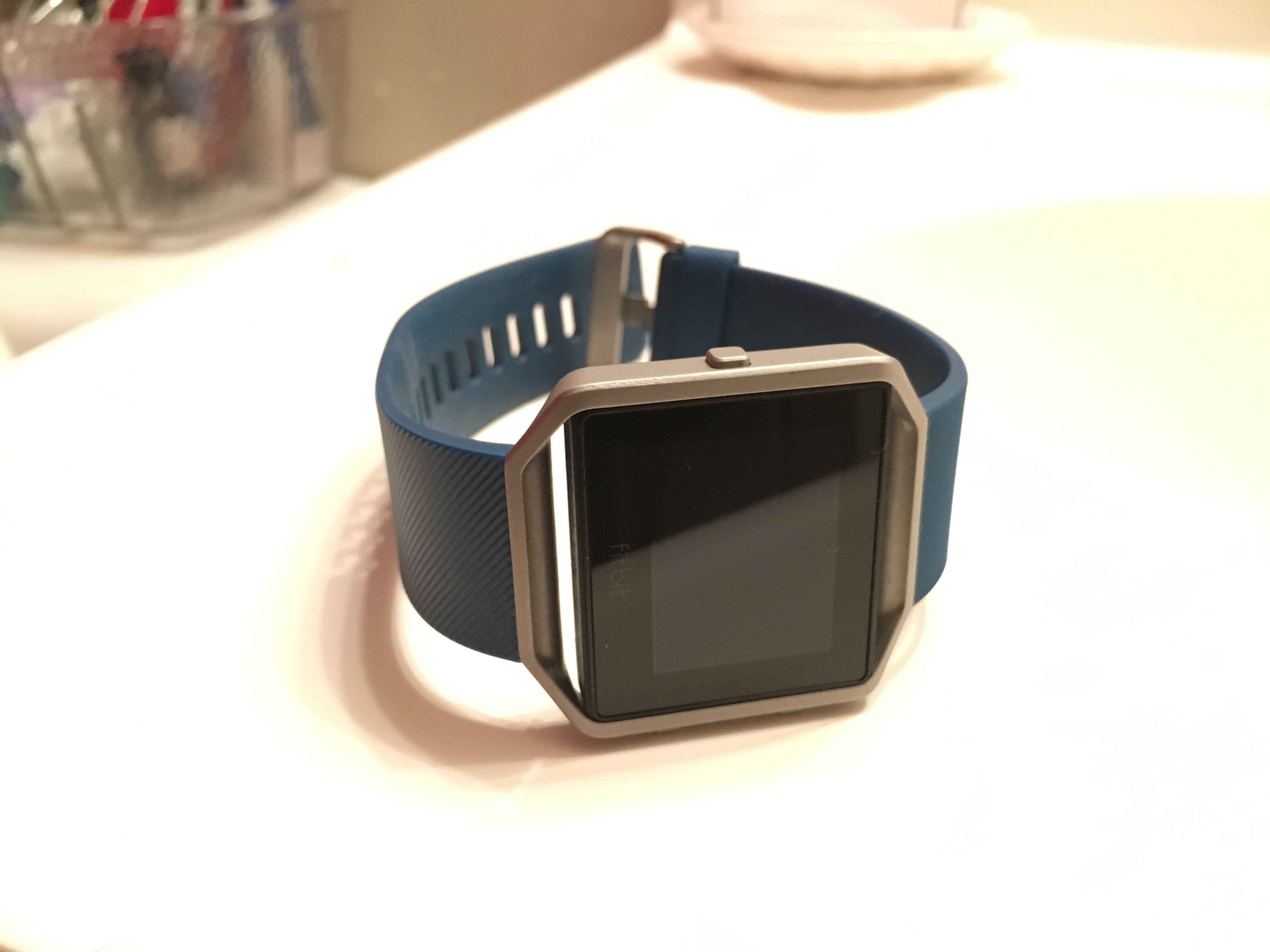 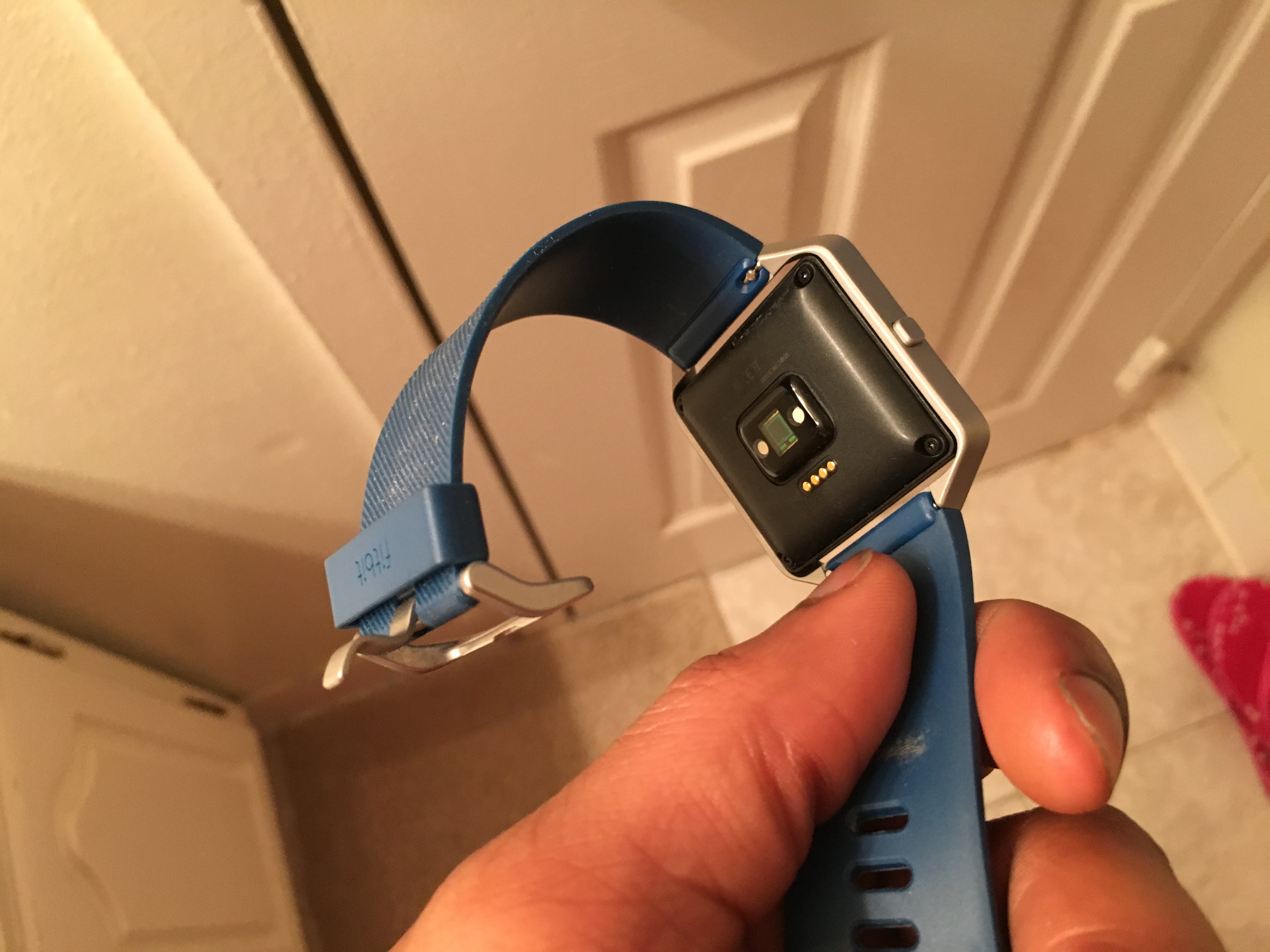 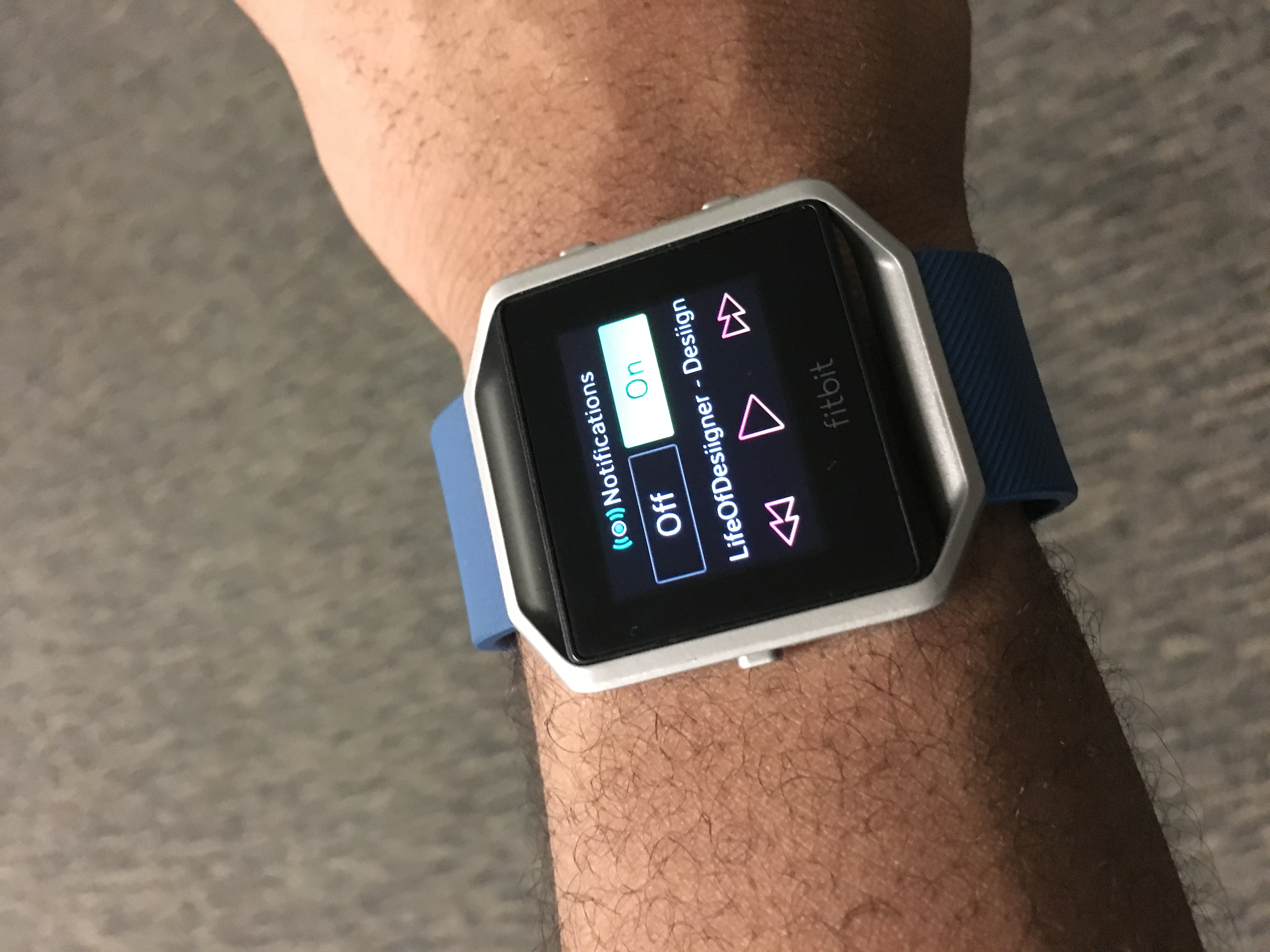