An origin story said to be inspired largely by the “Ultimate Fantastic Four” comics (the first arc of which was written by Brian Michael Bendis and Mark Millar with Joe Kubert illustrating), Fantastic Four offers a contemporary re-imagining of Marvel’s original and longest-running superhero team. The story centers on four young outsiders who teleport to an alternate and dangerous universe, which alters their physical form in shocking ways. Their lives irrevocably upended, the team must learn to harness their daunting new abilities and work together to save Earth from a former friend turned enemy.

“Marvel’s First Family” will include Whiplash‘s Miles Teller as Reed Richards (Mr. Fantastic), “House of Cards” star Kate Mara as Sue Storm (The Invisible Woman), Fruitvale Station and Chronicle‘s Michael B. Jordan as Johnny Storm (The Human Torch) and The Adventures of Tintin‘s Jamie Bell as Ben Grimm (The Thing). Dawn of the Planet of the Apes‘ Toby Kebbell will also star as Doctor Doom alongside Reg E. Cathey (“The Wire”) as as Dr. Franklin Storm and Tim Blake Nelson (O Brother, Where Art Thou?) as Harvey Elder, aka The Mole Man.

Fantastic Four features a screenplay by Simon Kinberg (X-Men: Days of Future Past) and is set to hit the big screen August 7. 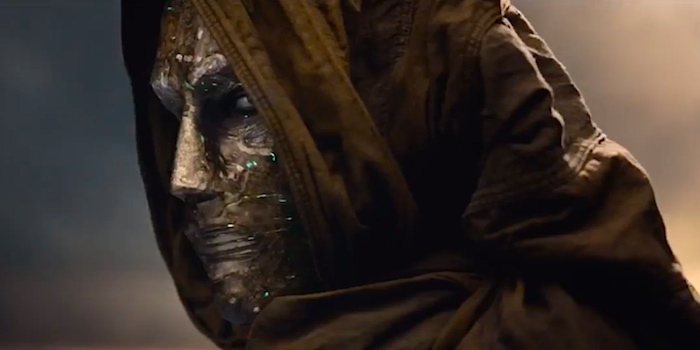 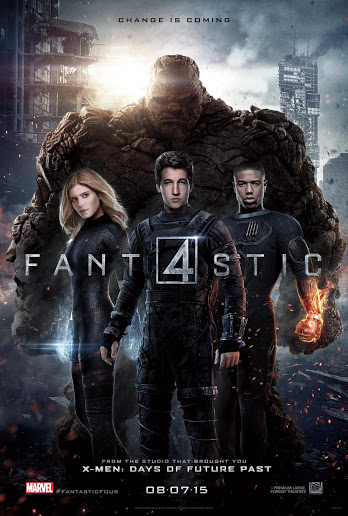