Blu is a company that likes to strive for for something different. Which includes getting a solid smartphone at a low cost. The Blu Studio Energy is no exception; packed with the biggest battery I have seen in a smartphone at 5,000mAh. Yes 5,000mAh!! The Battery life on this is outstanding, at the time of writing this review and using the device out of the box. I am currently at 43% after 5 days with normal use. Which is incredible. This might be the first Smartphone to last a whole week on use for me.  With such a massive battery and great battery life, you can also use the Blu Studio Energy as a portable charger and aid your friends with a quick charge of their devices with the OTG cable/ reverse USB cable provided. Which brings up another cool thing Blu does with all its products by provided accessories, headphones and more in the packaging.

Now looking at other feature of the device running Android 4.4; it will get lollipop come June of 2015, and with its 1GB of ram and Mediatek processor. You will notice slow downs while using the device; Which still handles well but it is noticeable. You have got 8GB of storage which is expandable via MicroSD, Two Sim slots, which instantly makes this a slow travel smartphone.  Overall I like what the Blu Studio Energy brings to the table with its massive battery life. Yes I would like to see Blu Move to a better processor or ad more ram. But priced at $149 with an almost one week battery life and solid performance. You can go wrong in picking up the Blu Studio energy 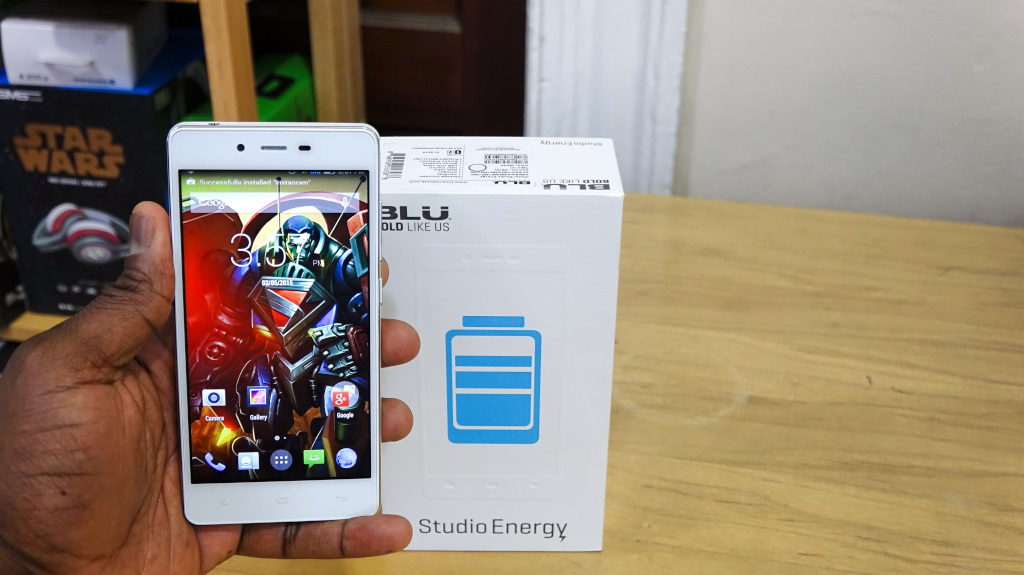 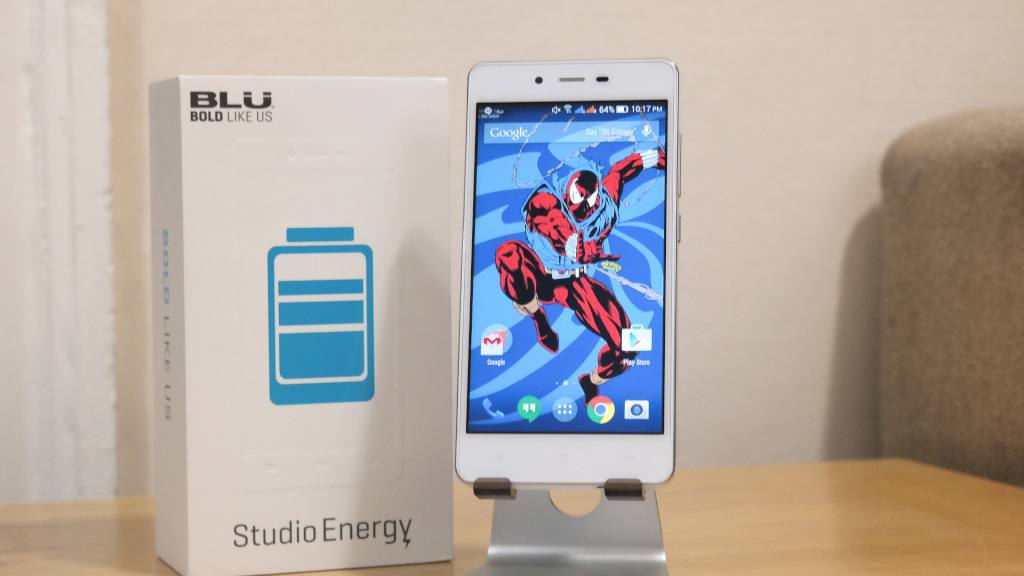 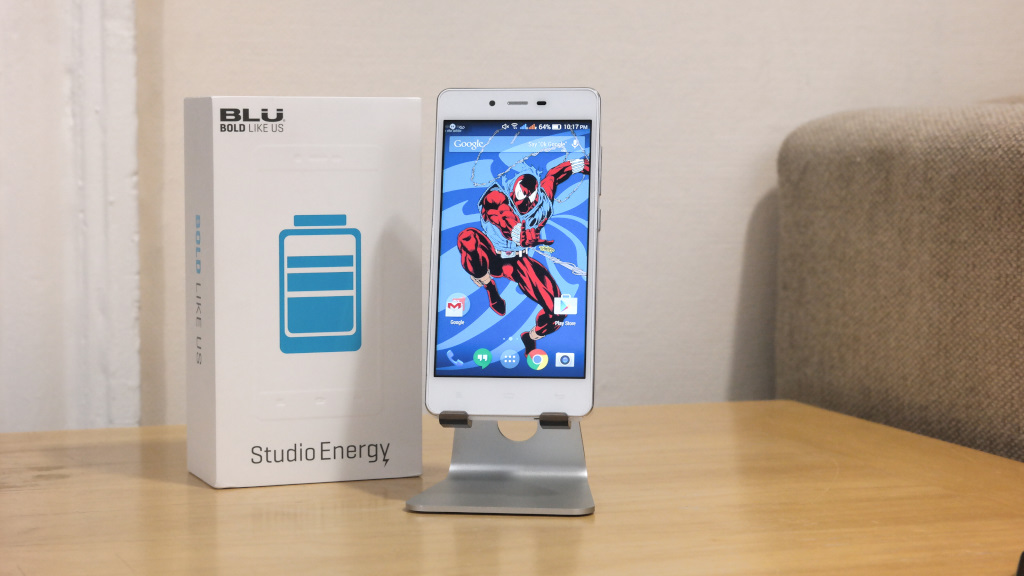 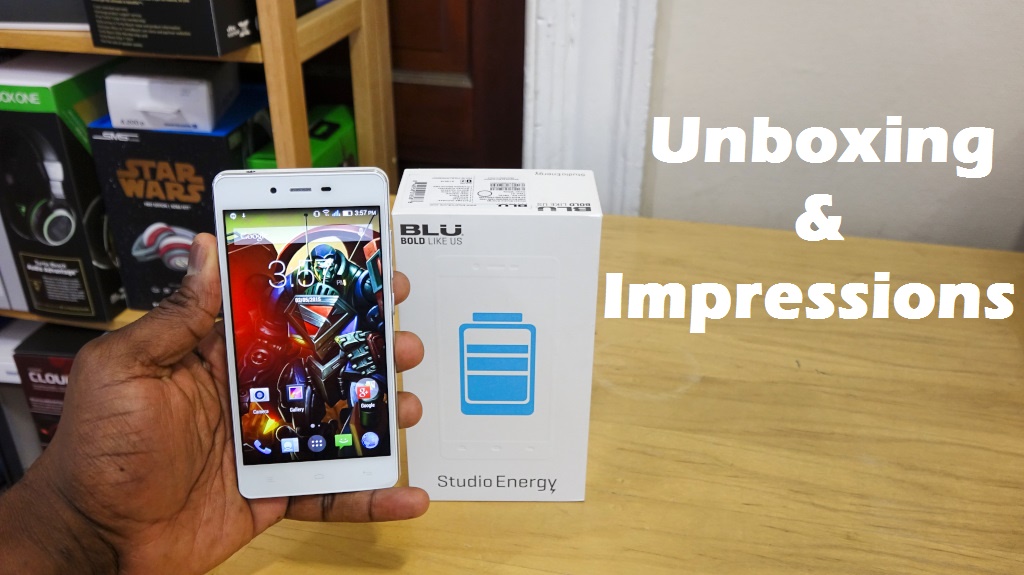 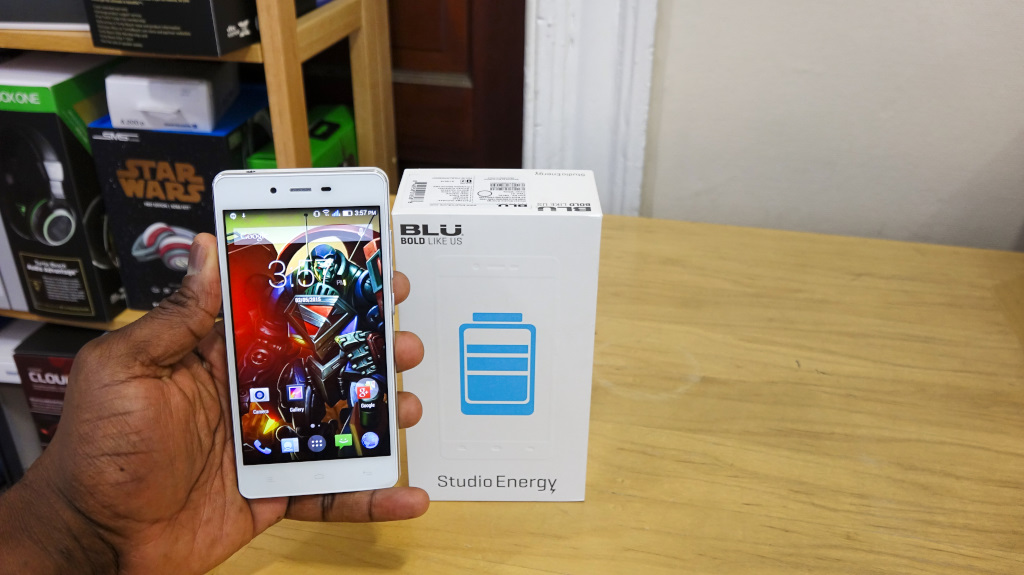 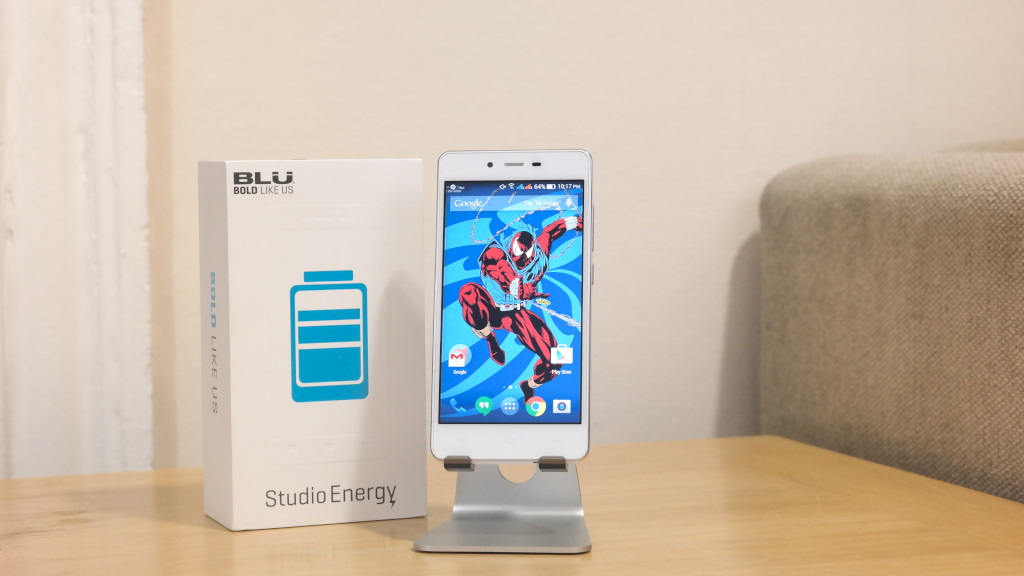 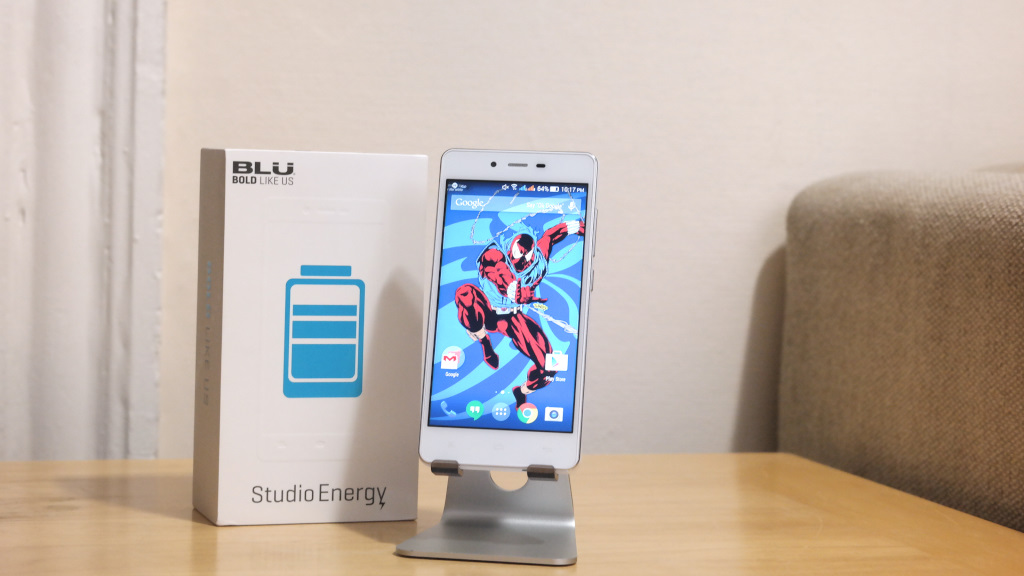 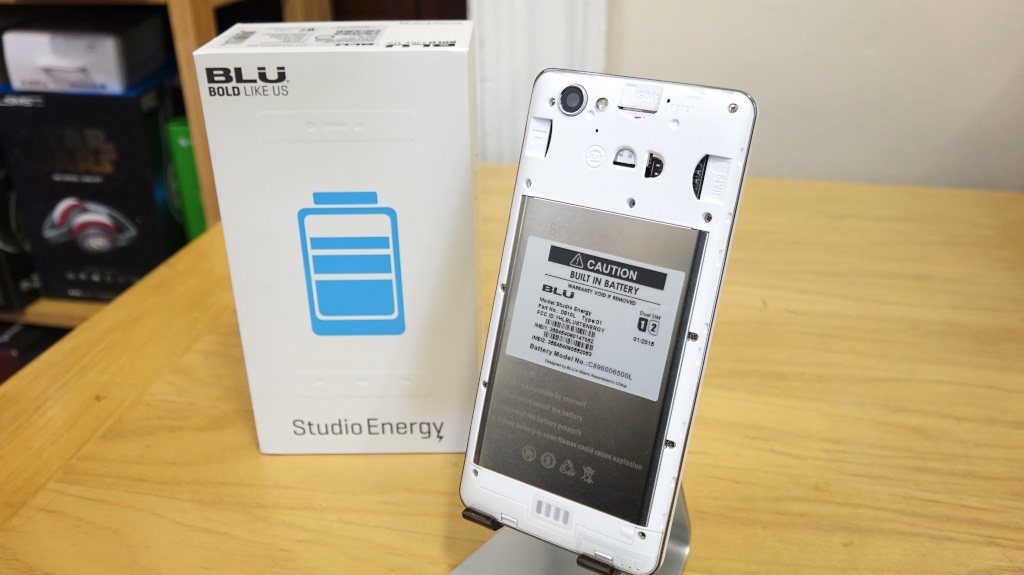 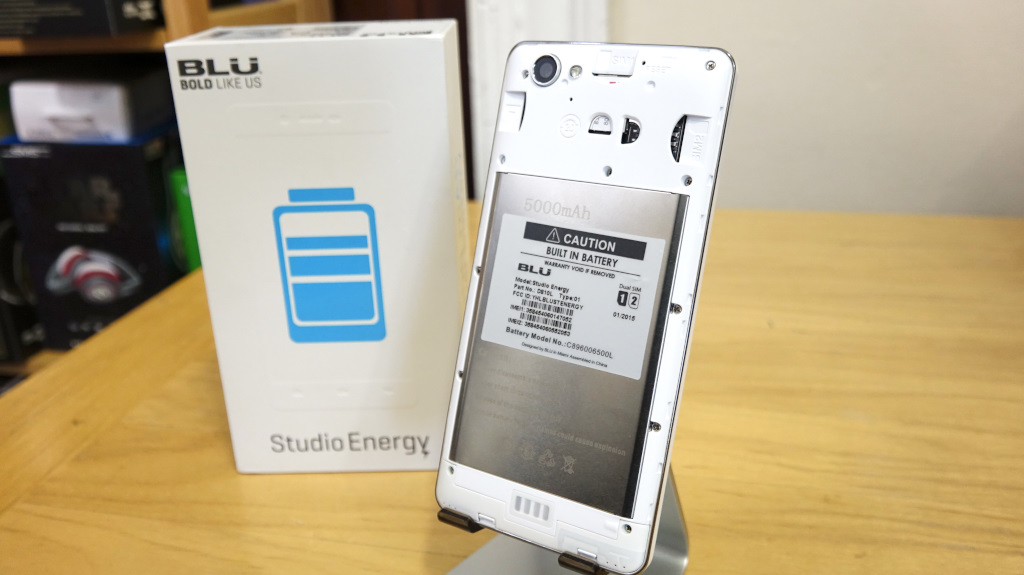 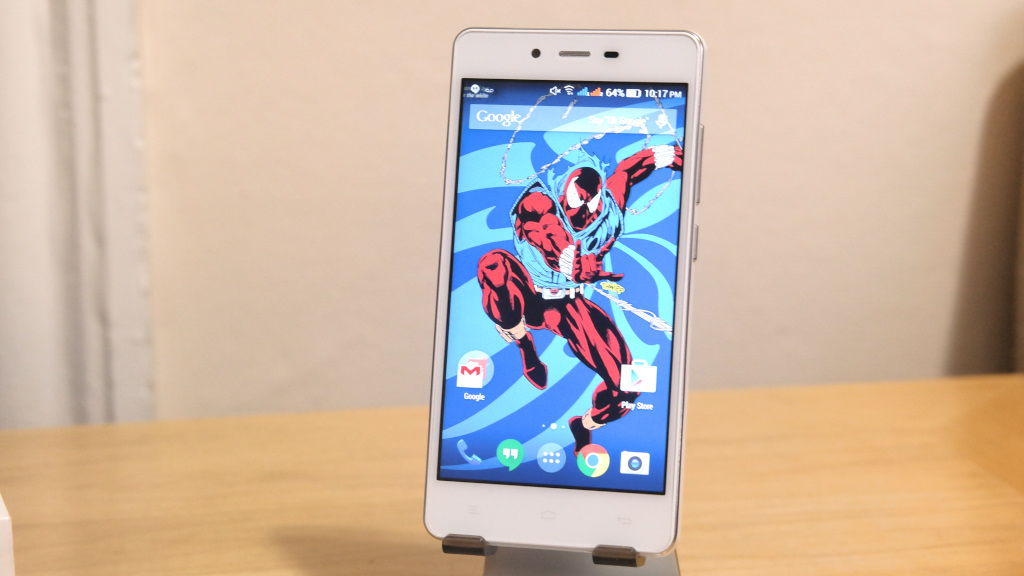 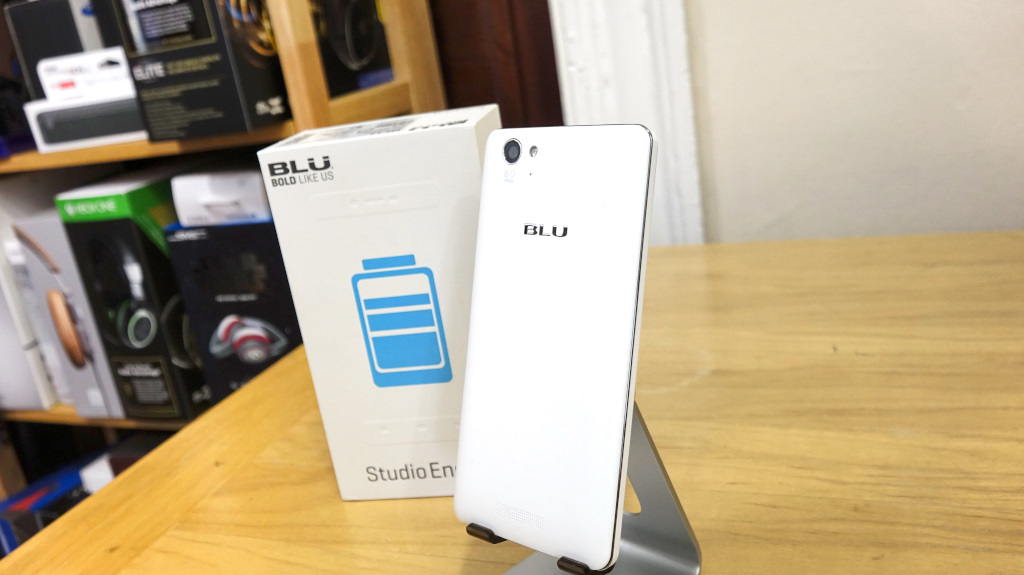 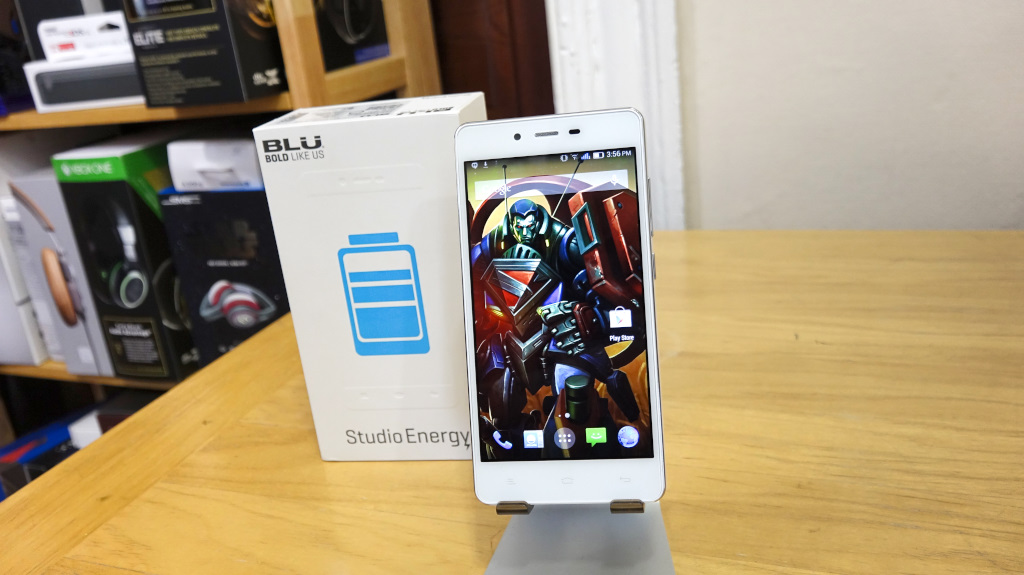 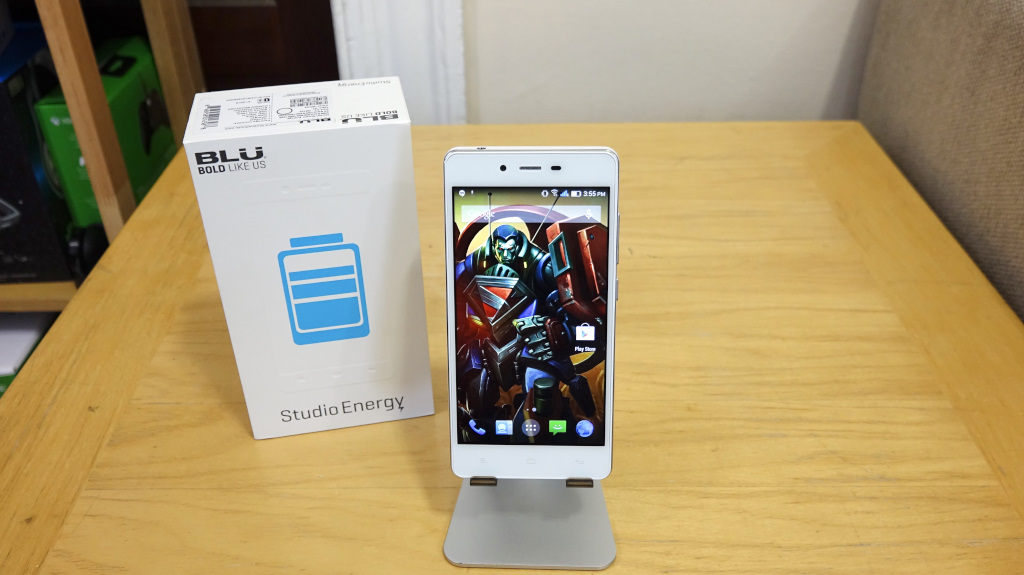 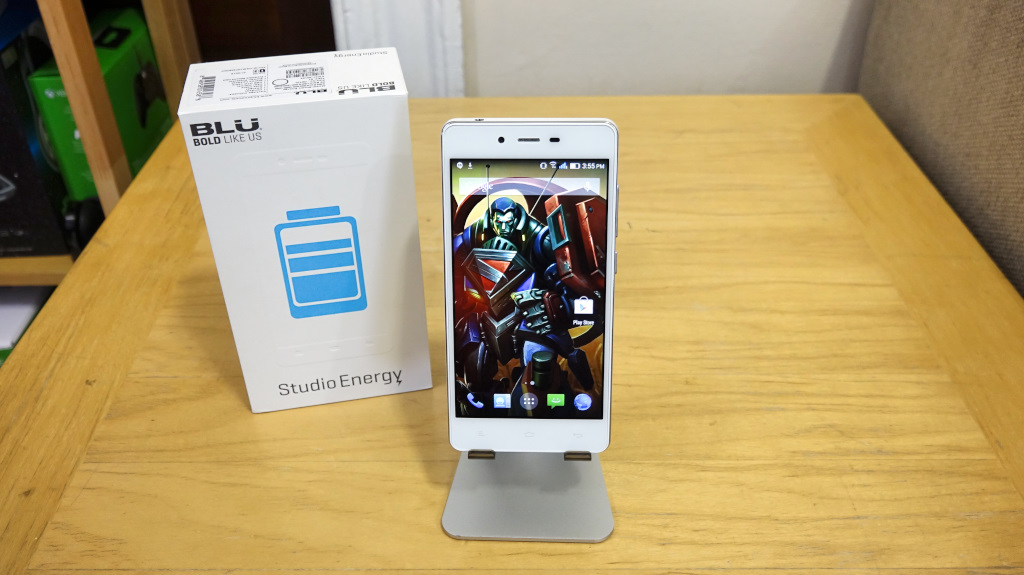