Building on the success of Acer’s Predator gaming notebooks but ramping up the performance even further, the new Predator 17 X brings overclocking and desktop grade performance[2] to mobile gaming.  Powered by a 6th Generation Intel® Core™ i7-6820HK processor, NVIDIA® GeForce® GTX 980 graphics, and a custom triple-fan cooling system, it delivers an uncompromising combination of power and portability2. With overclocking, gamers will enjoy turbo speeds of up to 4.0GHz for the CPU; up to 1310MHz for the GPU; and up to 3.7GHz for VRAM. Fully ready to tackle virtual worlds, its top-end GPU and the high performance CPU makes it an ideal “VR-to-go” platform.

For the ultimate in game play, buttery smooth visuals are delivered on the notebook’s 17.3inch G-SYNC panel.  Available with either a FHD IPS (1920 x 1080) or UHD IPS (4K 3840 x 2160) display, NVIDIA G-SYNC technology matches the refresh rate of the screen with the powerful GPU to eliminate screen tearing and minimize stuttering.

All this muscle is enhanced with DDR4-2133 memory and enterprise level NVMe PCIe solid state drives2 in a three-SATA-SSD RAID 0 array for immense data transfer speeds. Killer DoubleShot Pro enables Ethernet and Wi-Fi connections to work together, so gamers can use Ethernet for gaming while at the same time using WiFi for watching twitch.tv, listening to music or Skyping with friends. Thunderbolt™ 3 brings Thunderbolt to USB-C at speeds up to 40 Gbps, for one compact port that does it all – delivering the fastest, most versatile connection to any dock, display, or data device. It is up to 8X faster than USB 3.0 and 4X faster than USB 3.1. 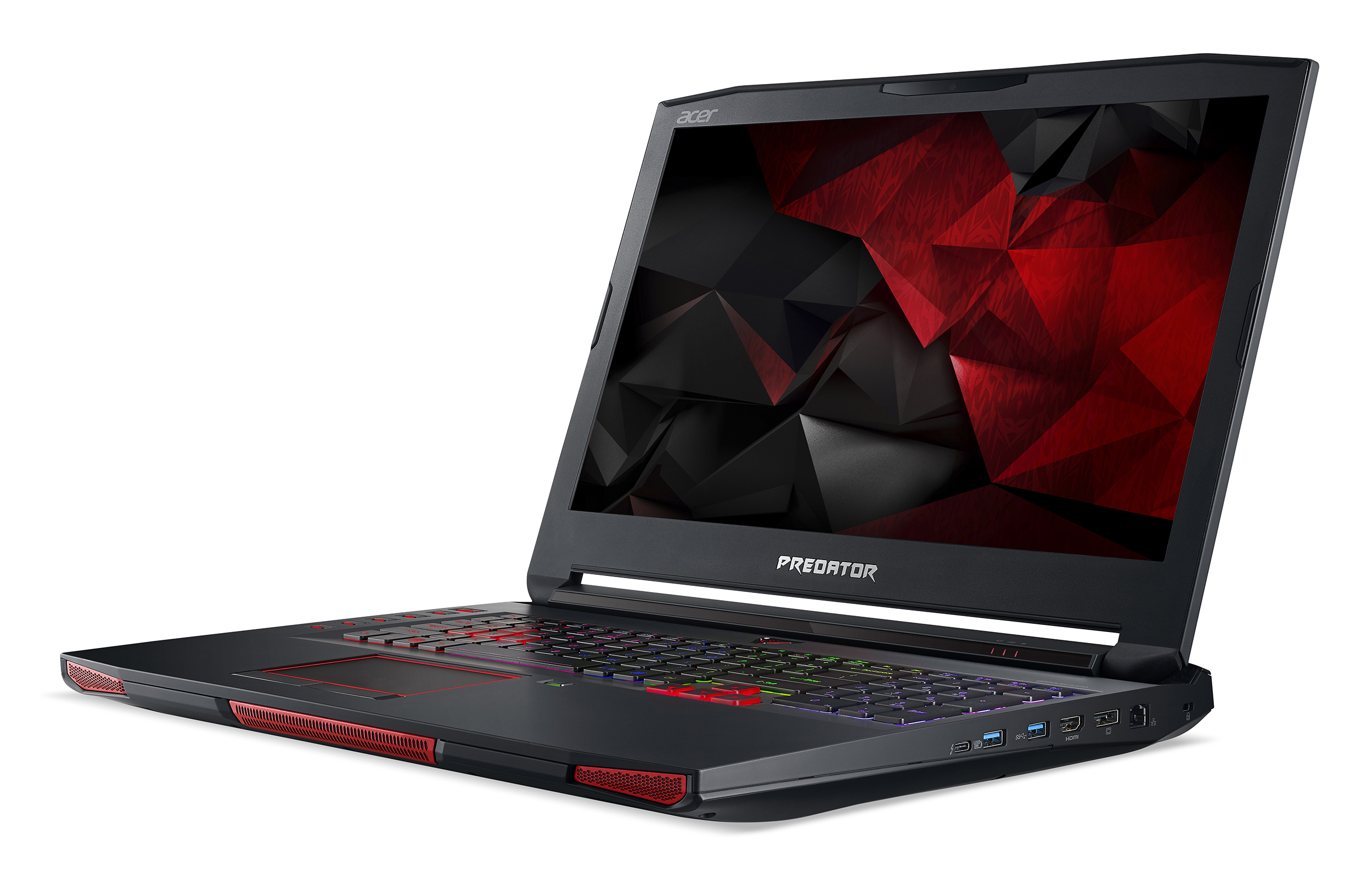 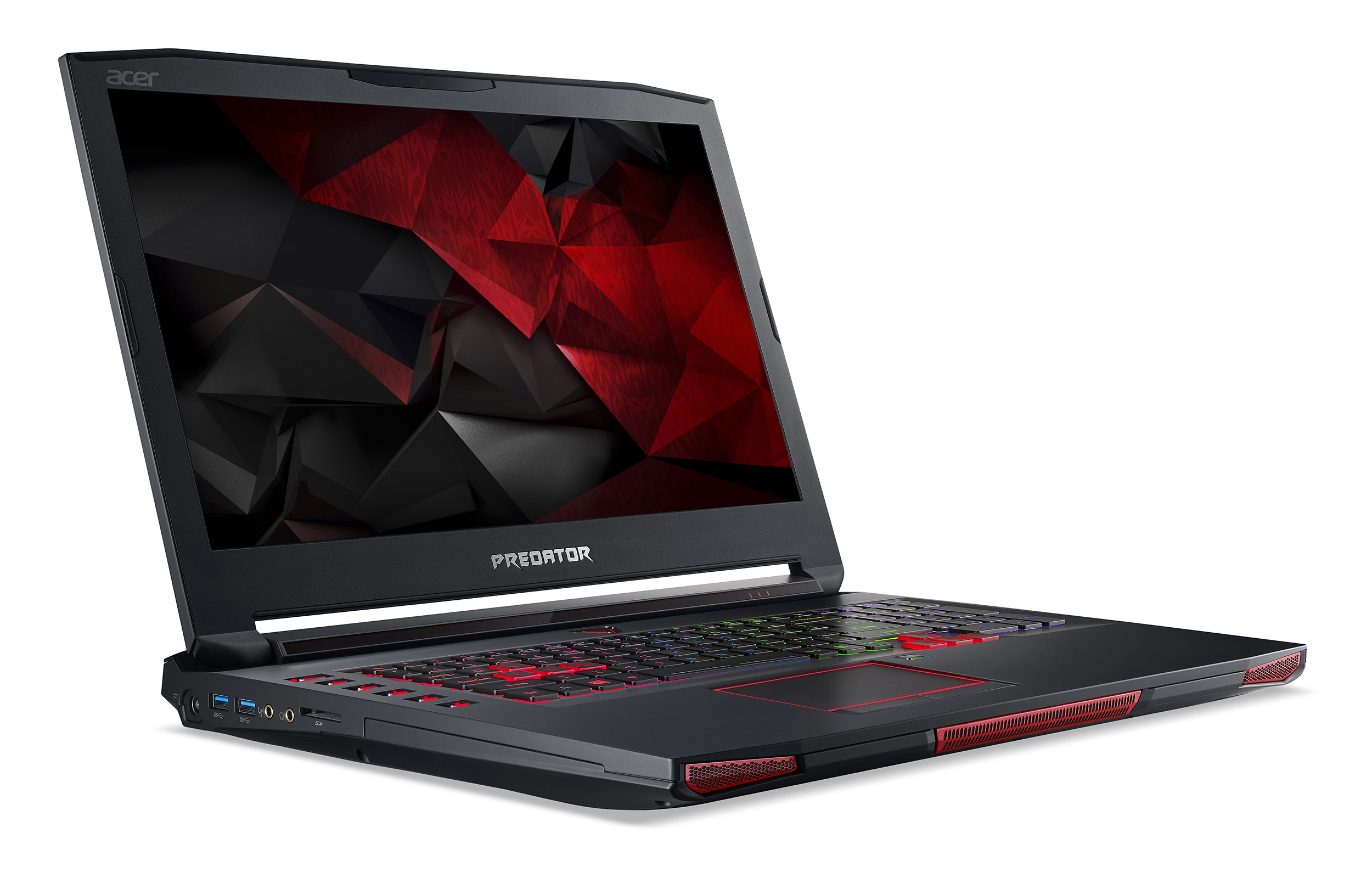 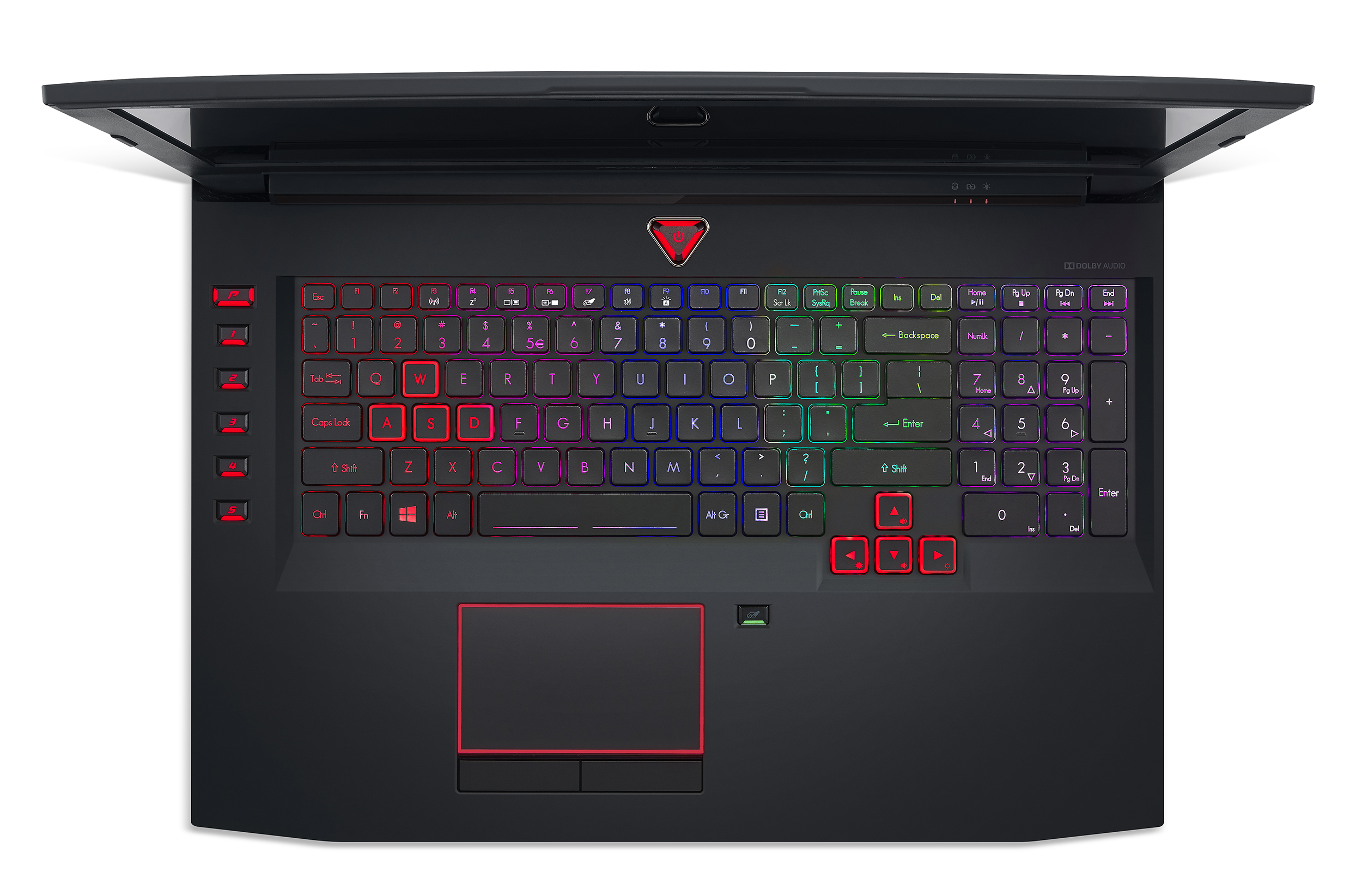 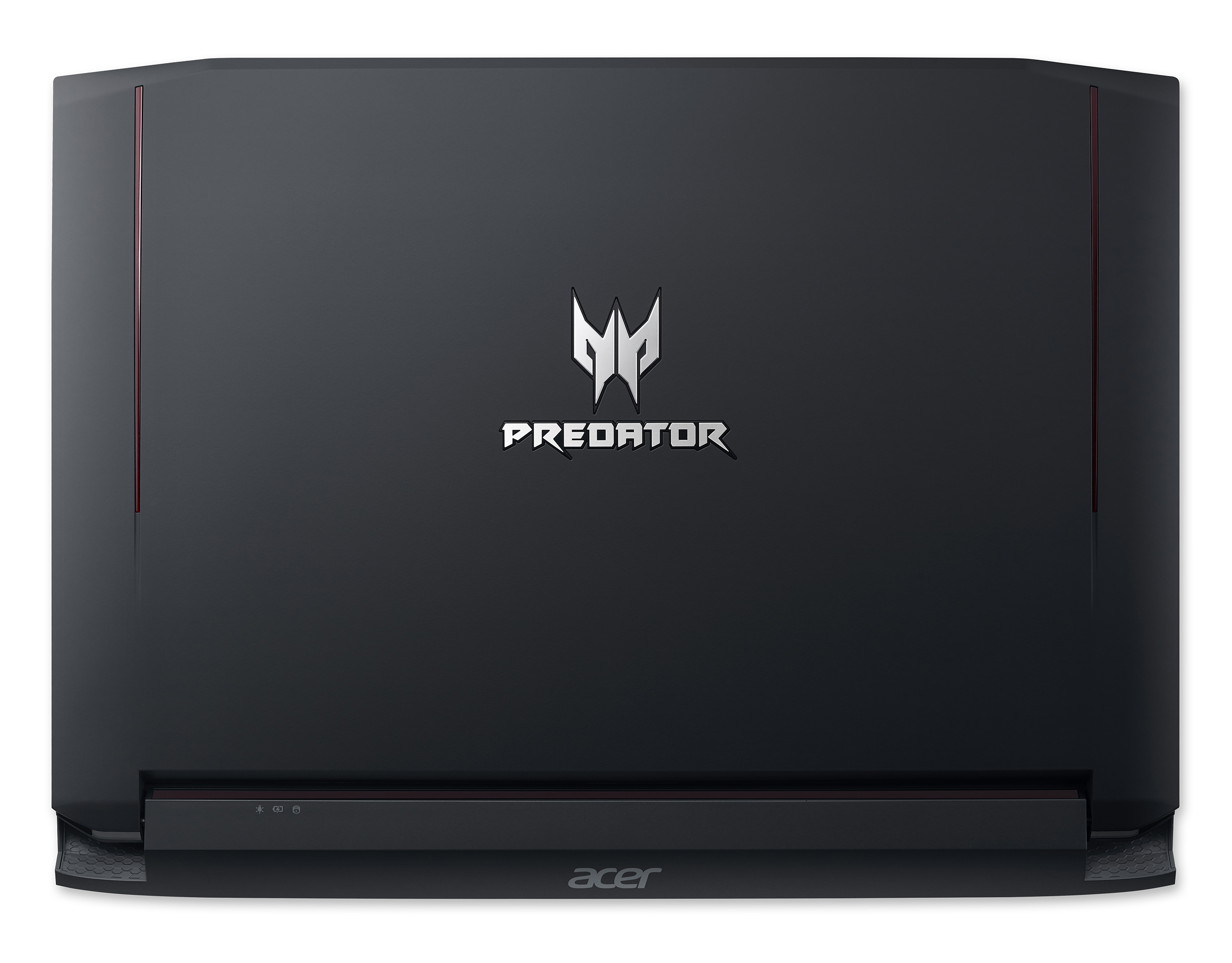 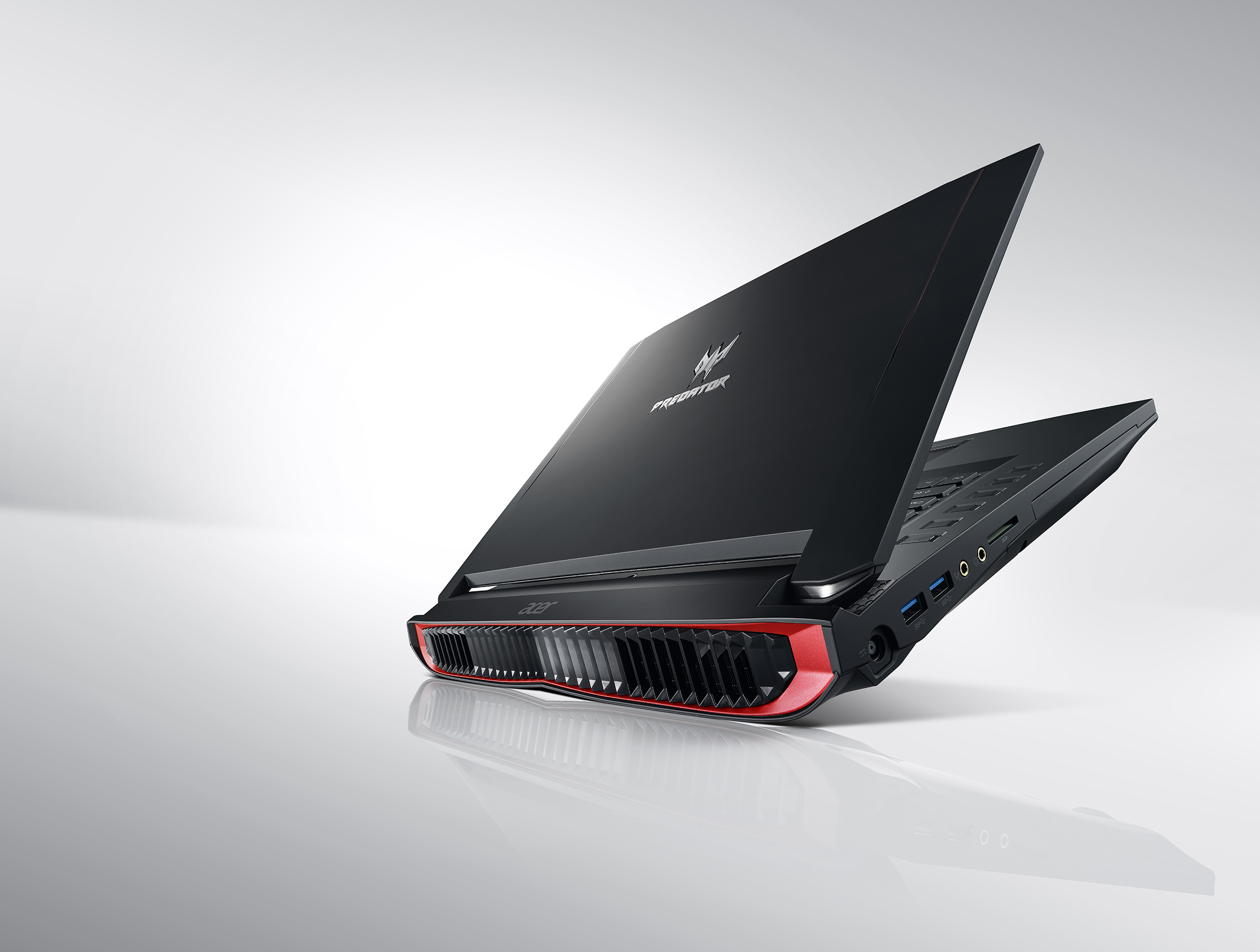