I have been an accord owner my whole life expect for my first car, which was a 1992 Acura Integra. Needless to say when I got a chance to spend a week with the new Honda Civic Touring 2016; courtesy of Honda. I was very, very intrigued.

Lets start off with design; the Civic has grown up. Yes it still keeps its youthful sporty charm, that has always made it a great car for the young adults and first time car buyers. Its new design say maturity yet a sporty edge with its subtle lines down the sides of the vehicle. I personally like the new look Civic Touring, it adds an air of grace to the vehicles heritage to shows clearly Honda’s intentions on moving the Civic into the future.

The Interior of the Civic Touring made me want to trade in my 2009 Honda Accord Coupe. I am talking about hated seat both front & back in leather seats. Android Auto & Apple car integration. makes for easier hands free connectivity in the car. The entire interior trimming adds a premium feel to the Honda Civic Touring .

The Civic Touring 2016 comes with a 1.5L 174hp turbo engine packs a punch giving you great acceleration. Combined with the 162lb-ft of Torque, you got a Civic that gives you some sold performance while balancing out fuel efficiency MPG City 42MPG Highway.

But Enough talking why don’t you take a look yourself at what its like in the new 2016 Civic Touring in our Video Below. 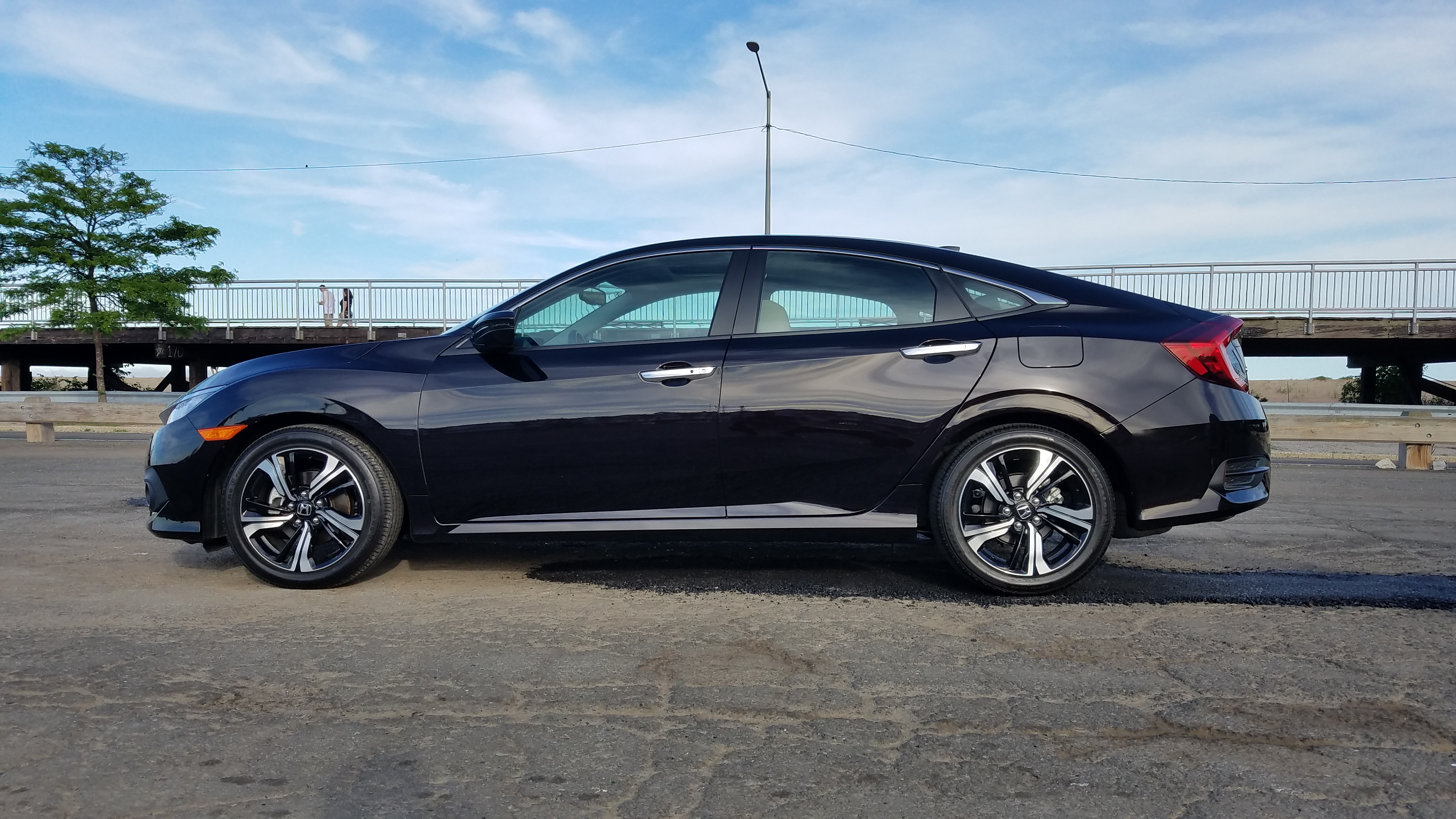 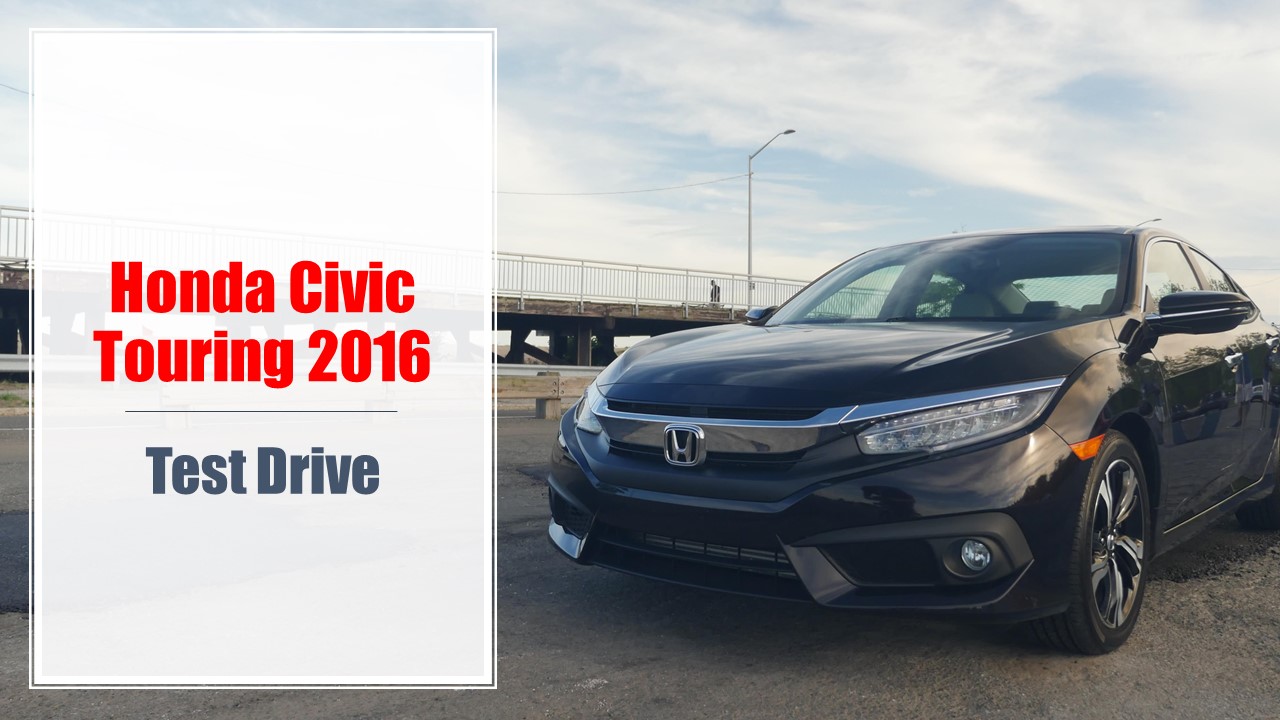 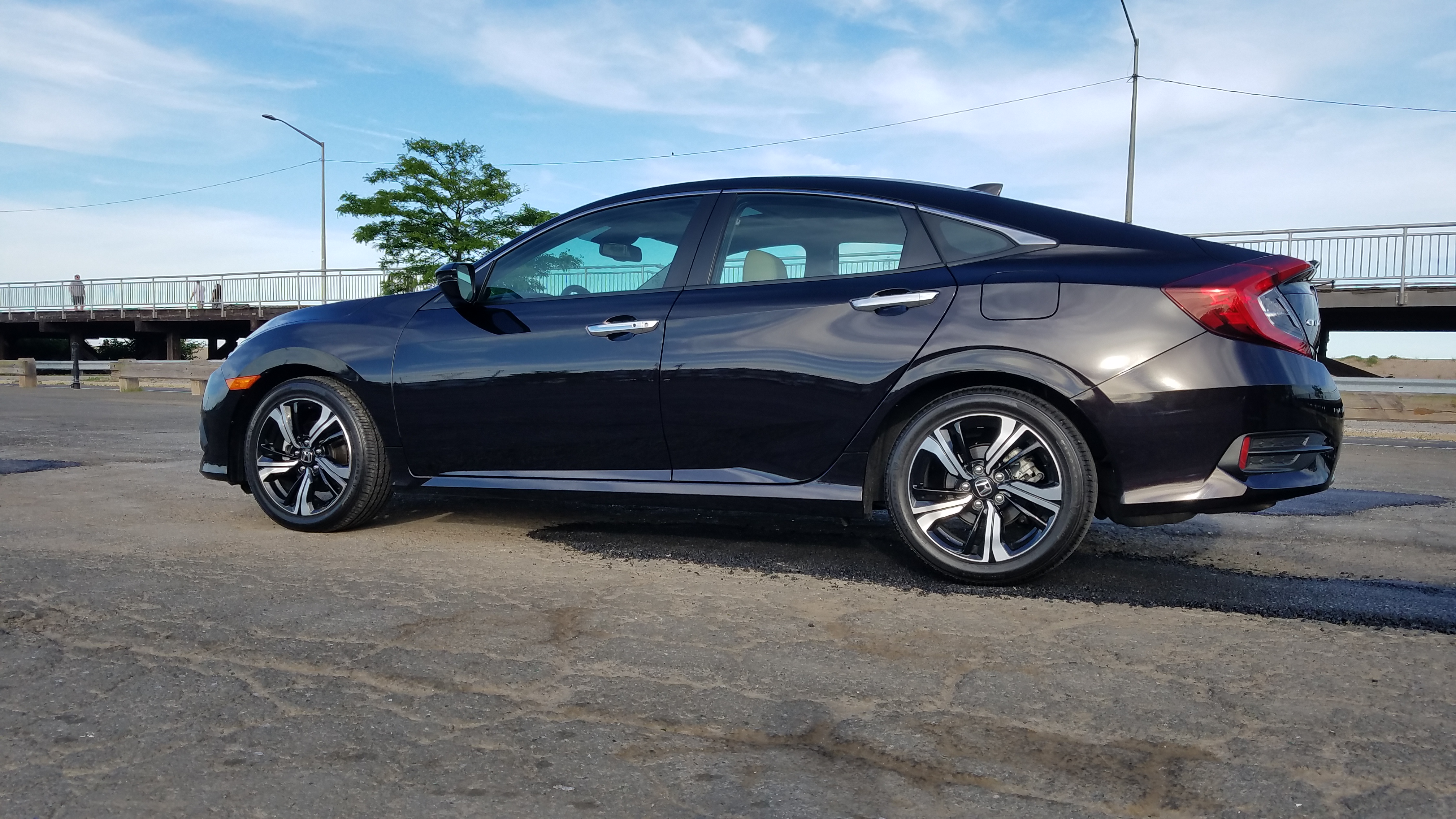